Joe Biden was expected to take part in a second presidential debate soon with his opponent, President Donald Trump. However, Mr Trump has just poured cold water on the virtual event after it was announced and said: “I’m not going to waste my time.” Mr Trump tested positive for coronavirus last week and was briefly hospitalised, but has since returned to work.

Mr Biden has not publicly commented on the potential debate.

The Democrat’s nominee is currently pipped to win the November election and odds on his victory have even been slashed to 1-2 with bookmaker Coral today.

As the former Vice President under Barack Obama, Mr Biden is already a well-established figure in the public eye.

His wife, Dr Biden, as the former Second Lady, also has a rapport with the public and has been a prominent figure in all of her husband’s campaigns.

However, an unearthed interview reveals what she truly thinks about life in the limelight. 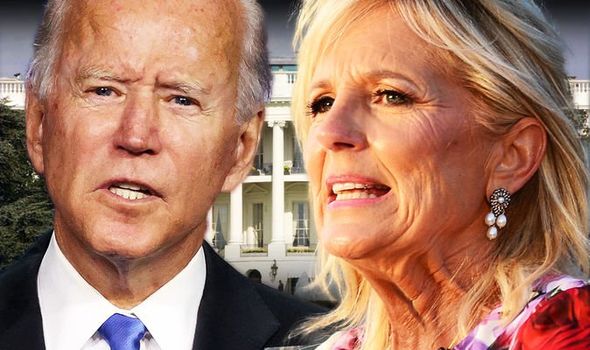 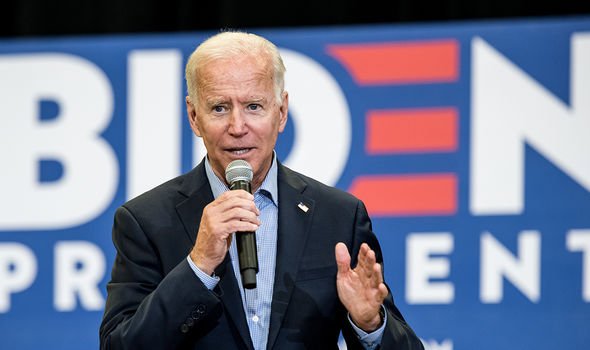 Speaking in 2009, she told People Magazine that she had every intention of continuing her teaching career as Second Lady.

Dr Biden said: “I want to do what I love. I knew if I let any time lapse, I would be sucked into Joe’s life.”

As People noted, “while a working Second Lady is not unique, it’s still something of a novelty”.

Michelle Obama, former First Lady, is notably close to Dr Biden and they formed a strong friendship while their husbands worked together in the White House.

According to People, Mrs Obama said: “I am so glad Jill is teaching. It’s so important to keep something for yourself.” 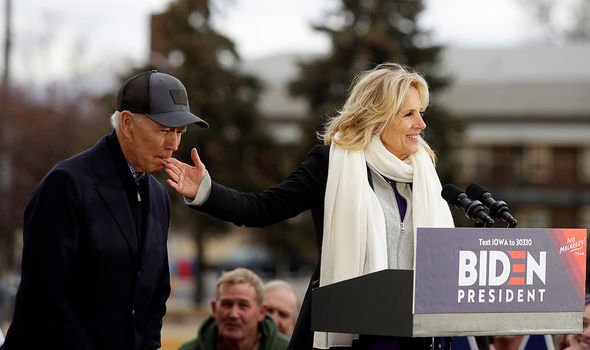 In a 2016 interview the then-First Lady emphasised how Dr Biden’s career had made an impression on her.

“Which is funny because I’d forget, ‘Oh yeah, you have a day job!’

“And then she pulls out her papers and she’s so diligent and I’m like, ‘Look at you! You have a job! Tell me! Tell me what it’s like!’”

People Magazine noted: “Couples with teaching two and a half hour classes twice weekly and attending to official duties such as hosting receptions for lawmakers and foreign dignitaries, Biden faces a hectic schedule.

“Yet she wouldn’t have it any other way.” 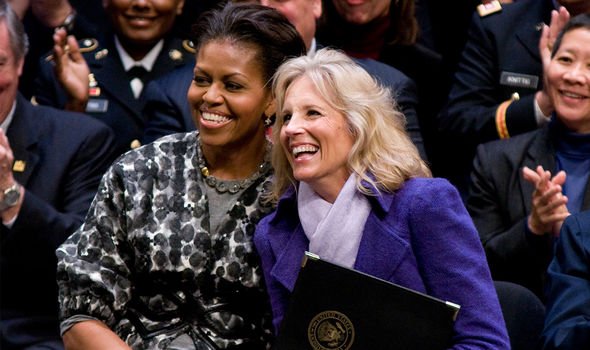 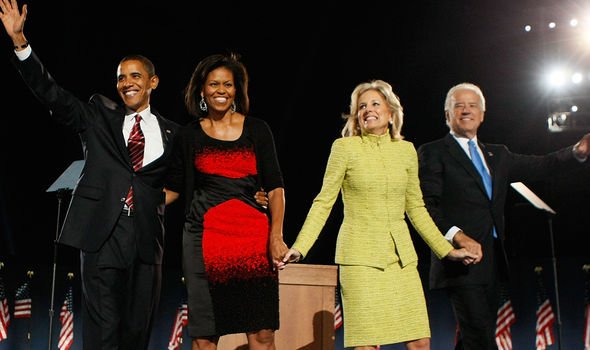 She told People: “I can have my own job, my own life, but also work on issues. I can have it all, really.”

She is thought to be one of his most trusted advisers, and back in August, Mr Biden sang her praises during the Demcratic National Convention.

He said: “For all of you out there across the country, just think of your favourite educator who gave you the confidence to believe in yourself. That’s the kind of First Lady… Jill Biden will be.” 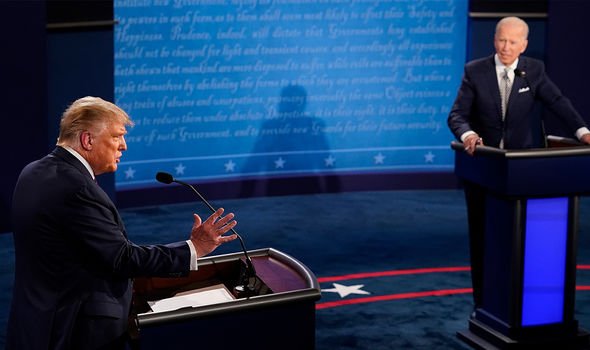 Dr Biden wrote: “Teaching is not what I do. It’s who I am. I’ll be giving my convention speech tonight from my former classroom.”

The Washington Post reported that Dr Biden took a break from her teaching career for the first time since 1981 to support her husband’s campaign.

Yet, she intends to return to her day job even if Mr Biden is elected.

She even told CBS News correspondent Rita Braver: “If we get to the White House, I’m going to continue to teach.

“It’s important and I want people to value teachers and know their contributions, and lift up the profession.”