The US President and First Lady are an affectionate couple, with their public displays of love a stark contrast to their predecessors in the White House. Their 43-year marriage is still clearly going strong, but it did not start entirely smoothly. Mr Biden was nine years her senior when he met his future wife in 1975 and was already a senator in Delaware.

He was also a widower, having lost his wife and daughter in a tragic car crash.

The future President was also the father of two young boys, Beau and Hunter, who had survived the crash.

Dr Biden was wary that marrying a politician meant entering the public spotlight and she was also determined to remain focused on her own career.

She would later be the first ever Second Lady to hold a paid job on top of her duties in that role. 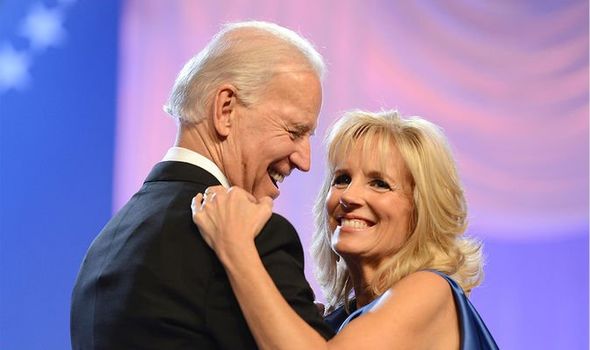 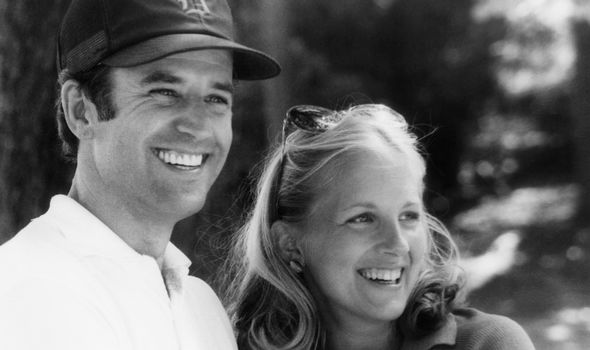 She was also acutely aware of Mr Biden’s wounded family and was hesitant to take on the commitment and responsibility of raising his two sons.

What’s more, Dr Biden was still married to her former partner Bill Stevenson when she met Mr Biden in March 1975, having separated from him the year before.

The couple were going through a messy divorce, which was finalised in May that year.

This likely made Dr Biden ensure her next marriage would definitely work out. 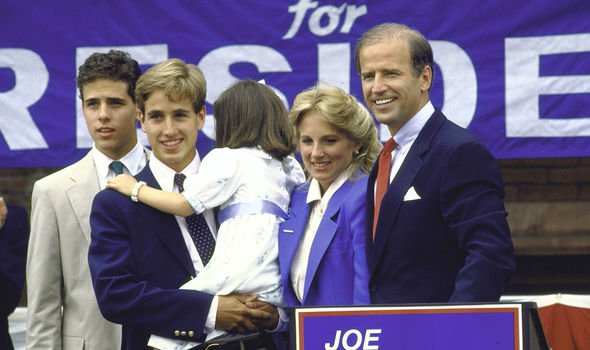 Speaking to Vogue in 2014, Dr Biden confirmed the “Biden family legend” that her husband has proposed to her five times.

“Because by that time, of course, I had fallen in love with the boys, and I really felt that this marriage had to work.

“Because they had lost their mum, and I couldn’t have them lose another mother. 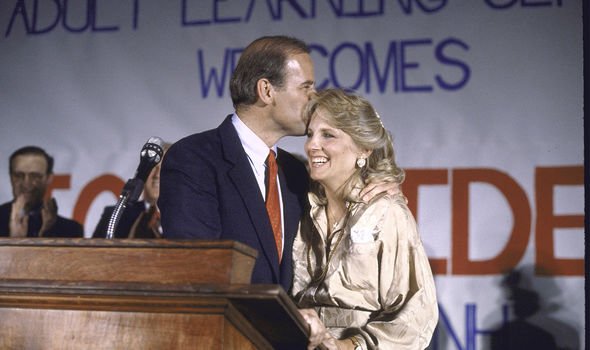 When the now-President was asked what kept him from being discouraged after proposing so many times, he said: “OK, I’m just going to say it, I knew she loved me.

“I knew, though, that it was a daunting thing. But finally my pride overcame me.

“I had gone to Africa to see Nelson Mandela, and I came back after the ten-day trip and went to her apartment and I said, ‘Look, this is the last time I’m asking you. I don’t care when we get married. But I want a commitment’.

The couple were married by a Catholic priest on June 17, 1977 in New York City.

They spent their honeymoon at Lake Balaton in the Hungarian People’s Republic behind the Iron Curtain.

The destination was chosen on the recommendation of Hungarian-born Biden staffer Tom Lantos. 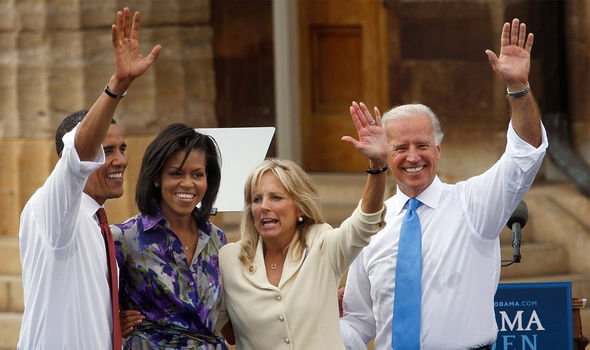 Dr Biden raised Beau and Hunter, who called her ‘Mum’, but she did not legally adopt them.

The FLOTUS is an English teacher by trade, having worked in a public school for 13 years and later at various community colleges.

During her husband’s term as Vice President, she worked at the Northern Virginia Community College, where student’s referred to her as “Dr B”.