The Times correspondent Askold Krushelnycky analysed Ukrainian troops’ latest moves around the Russian-occupied city of Kharkiv. He explained the military campaign “has been working in Ukraine’s favour” as Russian troops are now being “pushed out” from the city. As Ukraine engage in its Kharkiv counter-offensive, he explained Ukraine’s current intention is to “cut a very important road” which connects Kharkiv to other fighting sites in eastern Ukraine as, he stressed, such move would be able to “hamper the Russians enormously”.

Mr Krushelnycky told Times Radio: “They were pushed out, they were ejected but they are to the north and northeast and the southeast of Kharkiv.

“The Ukrainian intention there is to push them out of there and also to try to cut a very important road that leads from Kharkiv down to where the fighting is in eastern Ukraine.

“That would hamper the Russians enormously, so there’s a number of aims.

“So far the surprise has worked in Ukraine’s favour to a large extent.” 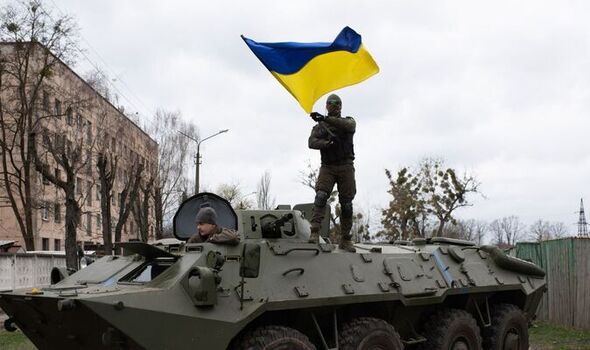 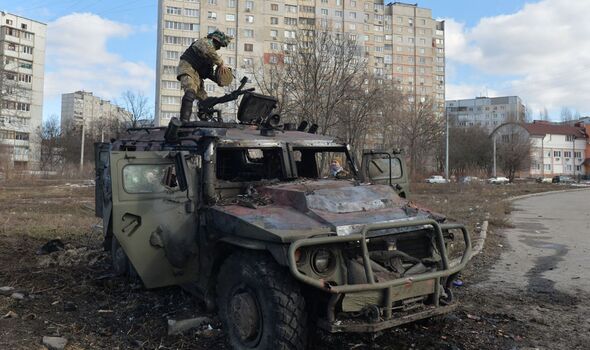 He continued: “The Ukrainian armed forces began a couple of weeks ago an advance in the south of the country trying to reclaim territory that has been occupied by the Russians early in the war.

“They also were keeping an open mind as to what to do, I think there were contingency plans to make this surprise attack in the northeast of the country, around Ukraine’s second largest city Kharkiv.

“If that were to happen, I think they had contingency plans to try to take advantage of that and to push the Russian forces further out from Kharkiv, which they try to encircle and take rights in the first days of the war.”

Referring to the Zaporizhzhia plant under Russian occupation, he added: “If the electricity is cut off to the plant itself, the danger is that the cooling system which relies on electricity to pump water around its cooling system will fail in its job.

“In the worst case scenario, there could be a meltdown”.

The comments came as Ukraine confirmed it has launched a surprise counterattack in the north-east Kharkiv region.

According to latest reports, Ukrainian forces have successfully “encircled” Balakliia, a town located a few miles away from Kharkiv. 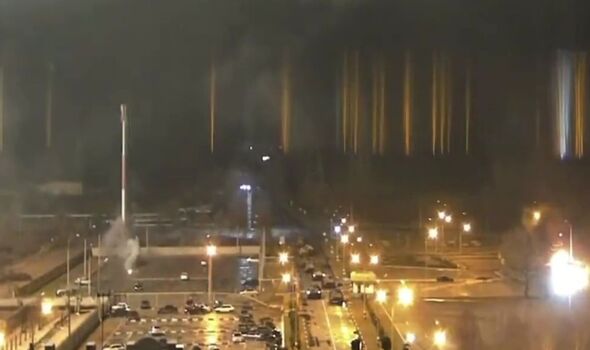 Despite not providing exact details on the ongoing Ukrainian campaign, Ukraine’s President Zelensky in his Wednesday evening address thanked his troops and said: “the extremely successful hits in areas where the occupiers are concentrated”.

Further reports seem to confirm that Ukraine has so far seized around 400sq km in Kharkiv through their surprise counter-offensive in the attempt to retake control over the Russian-occupied city.

Kharkiv has been under Russian control since the begging of the conflict in February and represented the first major Ukrainian city to fall into Russian hands.

As Ukrainian forces engage in their counter-offensive, Ukraine has also warned that it might have to close Zaporizhzhia nuclear power plant, Europe’s biggest nuclear power station in Europe, amid increasing fears over radioactivity releases.

In light of mounting concerns, earlier this week the International Atomic Energy Agency (IAEA) urged for a “security zone” to be put in place around the facility.

IAEA said in a statement: “The shelling on site and in its vicinity should be stopped immediately to avoid any further damages to the plant and associated facilities, for the safety of the operating staff and to maintain the physical integrity to support safe and secure operation”.

READ NEXT:
Pound horror as British currency bombs to lowest level since 1985
‘Anti-British organ!’ New York Times continue to mock Britain
Plumber says using simple device could save ‘fortune’ on gas bills
Bakery owner rings alarm as he warns Brits to brace for shortages
George, Charlotte and Louis dropped off on first day back at school