The recordings are set to be unveiled this week and in them Latifa will claim she is being “brainwashed” by her “captors”. The daughter of the ruler of Dubai tried to flee the country in 2018. Her escape was thwarted when armed Indian commandos boarded the yacht she was on. The Dubai royal family say this was a rescue mission but she later sent secret video messages to friends accusing her father, Sheikh Mohammed bin Rashid al Maktoum, 71, of holding her ­“hostage” in a villa.

The new recording was one of several that left United Nation representatives “shocked, horrified and heartbroken” when they were revealed to them in a private video conference on Thursday, her lawyer told the Sunday Express.

In the footage, Princess Latifa recalls a confidant of her father telling her of the sheikh’s power.

The 35-year-old princess, speaking at the time of the event in summer 2019, says in the audio: “He is saying ‘nobody can make your father let you be free, nobody. Nobody is stronger than him.’

“Yeah, it is all like brainwashing, they are trying to discourage me.” 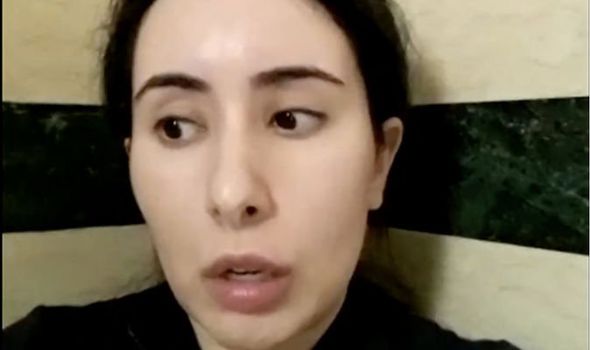 The Dubai royals have denied any wrongdoing and insist that Latifa is safe and at home.

Her lawyers say the new audio and video files feature the most “detailed accounts of abuse yet seen”, including what Latifa says happened on the boat, as well as her treatment in captivity.

Latifa’s lawyer David Haigh said: “The key people in the UN who deal with human rights abuses and violence against women were played unedited, unreleased videos that cover all the dangers and abuses the princess has faced. You could see the horror on their faces. The footage signifies her captors act with impunity.”

Dr Robinson, the ex-president of Ire­­land, flew to Dubai in December 2018 for a lunch at which Latifa was present. Follow­­ing the meeting, Dr Rob­­inson described her as a “troubled young woman”.

In an interview with RTE’s Late Late Show on Friday, Dr Robinson said: “I made a mistake. I was naive. I should have been more alert. I’ve made mistakes before and that’s the biggest one.”

Latifa’s older sister Shamsa vanished 20 years ago. It is claimed she was kidnapped in Cambridge and flown by private jet to Dubai.