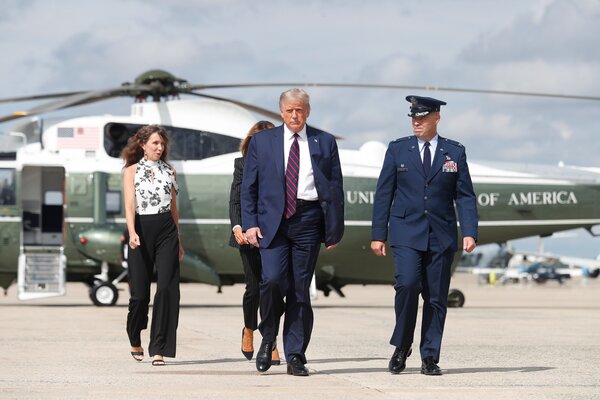 By Kaly Soto and Elian Peltier

As the coronavirus has spread around the globe, world leaders have not been spared.

With his positive coronavirus test, President Trump joins the ranks of others like Prime Minister Boris Johnson of Britain and President Jair Bolsonaro of Brazil who have been infected. Also having tested positive are the presidents of Bolivia, Guatemala and Honduras and the prime ministers of Armenia and Russia.

Some leaders have been gravely ill — including Mr. Johnson, who was hospitalized for a week with the illness, which has killed at least a million people worldwide and infected more than 34 million. Others like Mr. Bolsonaro appeared to have had only mild cases.

Here is a rundown of world leaders who have fallen ill and how they handled it.

Mr. Johnson, 56, who in the early part of the pandemic resisted a lockdown and social-distancing measures, contracted the virus in March. He was later hospitalized, spending three nights in an intensive care unit, and deputized the country’s foreign secretary to carry out his duties. After Mr. Johnson was released from the hospital in April, he thanked Britain’s National Health Service, saying that it had “saved my life, no question.”

Like Mr. Trump, Mr. Bolsonaro, 65, was cavalier about the coronavirus, calling it a “measly cold.” Even as his country became one of the hardest hit by the pandemic, he attended political rallies, shook hands with supporters and went around without a face mask.

To date, more than 144,000 Brazilians have died from the virus, although Mr. Bolsonaro’s case appears to have been mild. He said he had experienced aches and a fever.

After later testing negative, he posted a tweet including a picture in which he appears to be smiling and giving a thumbs up while brandishing a box of hydroxychloroquine pills, the anti-malaria medicine promoted by Mr. Trump as a remedy for the virus, despite a growing scientific consensus that the drug is not effective in treating Covid-19. 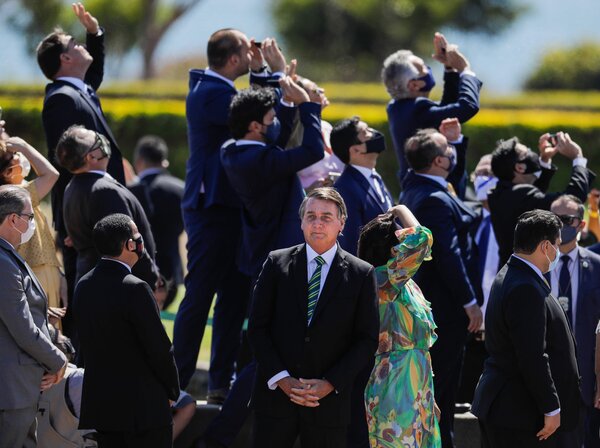 Mr. Hernández, 51, tested positive in June along with his wife and two aides, and was treated for pneumonia. He initially vowed to keep working as he displayed mild symptoms, but his health quickly worsened. For days, he remained in a “delicate” situation, doctors said, as he was hospitalized and needed oxygen.

Ms. Añez, 53, who took office as Bolivia’s caretaker leader in January after the ouster of President Evo Morales, tested positive for the coronavirus in July. She remained in self-isolation for 14 days, and several government officials also tested positive, including Bolivia’s health minister. Ms. Añez returned to work in late July.