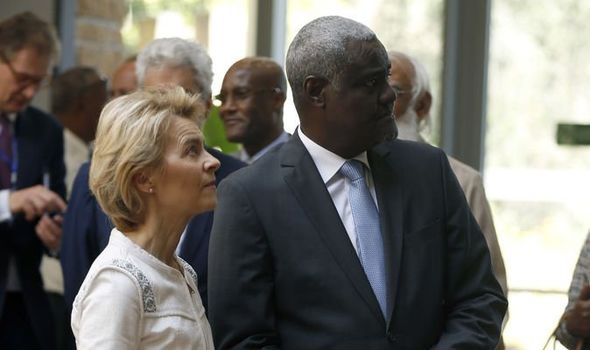 The EU wanted to key talks with their AU counterparts as a step towards the bloc’s new Africa strategy. But the large Brussels delegation, led by European Commission President Ursula von der Leyen, was effectively told ‘thanks but no thanks’. And while AU leaders signalled they were happy to strengthen ties with Europe, they appeared far more comfortable with their own strategy and its “African solutions to African problems” approach.

The message was not lost on European Commission vice president Frans Timmermans.

Speaking after the talks he said: “A very important lesson: African solutions to African problems.

“We should not now think we can reinvent the wheel from scratch.” 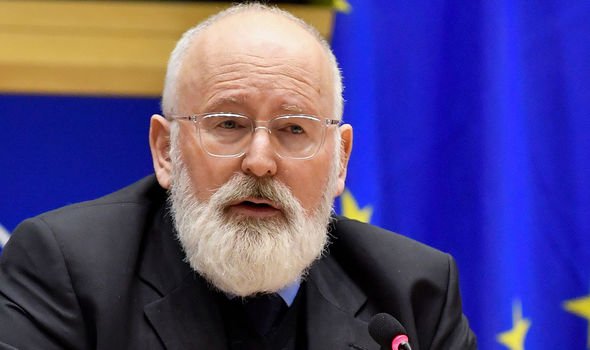 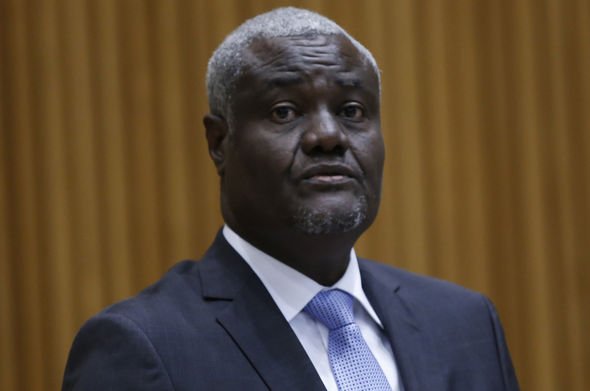 Brussels is keen to show its strategy would take Africa’s interests to heart, unlike a 2018 US programme which was based on blocking the rising influence of China and Russia in Africa.

But AU Commission Chairman Moussa Faki highlighted the many differences that continue to impact relations between the two continents.

Speaking at a joint press conference with Ms Von der Leyen, he said: “Certainly, we have some differences: international criminal justice, sexual orientation and identity, death penalty, centrality of the African Union in certain crises. 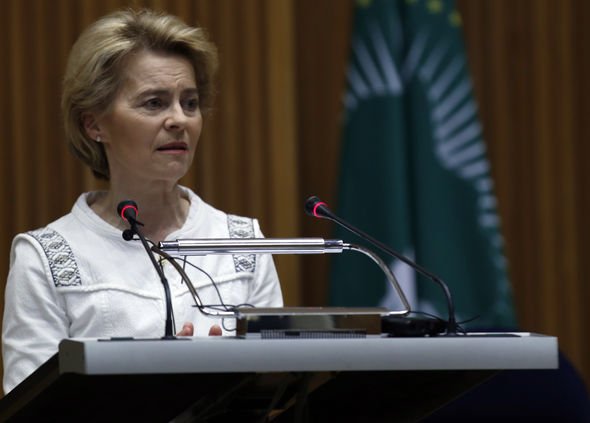 “These differences are normal, given our cultural, sociological and even spiritual diversity.

“Only the recognition and acceptance of these differences, the language of openness, will allow us to remove the obstacles that may hinder our co-operation.”

Mr Faki’s comments upset some senior EU officials who felt they failed to recognise the importance of funding from Brussels which pumped £274 million into AU projects last year.

But Ms Von der Leyen said: “I am convinced that the two of us – the African Union and the European Union – we are natural partners.

“And we have a lot in common, so we have a lot to win if we work closely together and exchange experiences and knowledge and look for win-win situations.

“We came here to discuss topics, to listen a lot, because indeed we are preparing our Strategy with Africa.

“We will publish it in due course, but the goal is to fill this roadmap with more dense content and with the common knowledge, so that aiming at the summit in fall, we will have a comprehensive Strategy with Africa on our common path to move forward.” 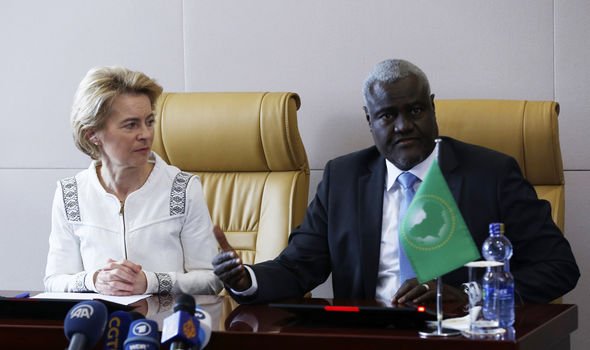 The AU made it clear any strategic partnership with Europe will be done on Africa’s terms.

One official said: “It’s great, all these proposals, but today for us is more about meeting the new European Commission and finding out who’s who.

“Anything concrete will come later.”

Related posts:
Recent Posts
Latest Posts
Matt Hancock refuses to rule out two week national lockdown amid Covid surge
Plenty of Upsides, and Downsides, to NYFW
Melania Trump snub: Ivanka takes grip on POTUS Election campaign as FLOTUS steps back
Unemployment Claims Dip, but Layoffs Remain a Worry
Two dogs rescued from burning Aurora apartment
This website uses cookies to improve your user experience and to provide you with advertisements that are relevant to your interests. By continuing to browse the site you are agreeing to our use of cookies.Ok