BEIRUT (Reuters) – Angry and grieving protesters on Tuesday read aloud the names of at least 171 people killed in last week’s explosion at Beirut port and called for the removal of Lebanon’s president and other officials they blame for the tragedy.

Gathered near “ground zero”, some carried pictures of the victims as a large screen replayed footage of the mushroom cloud that rose over the city on Aug. 4 after highly-explosive material stored for years detonated, injuring some 6,000 people and leaving hundreds of thousands homeless.

“HE KNEW” was written across an image of President Michel Aoun on a poster at the protest venue. Underneath, it read: “A government goes, a government comes; we will continue until the president and the parliament speaker are removed.”

Reuters reported that the president and prime minister were warned in July about the warehoused ammonium nitrate, according to documents and senior security sources.

Aoun, who has pledged a swift and transparent investigation, tweeted on Tuesday: “My promise to all the pained Lebanese is that I will not rest until all the facts are known.”

Residents of Beirut were still picking up the pieces as search operations continued for 30 to 40 people still missing and security forces fired tear gas at stone-throwing protesters in the fourth such day of unrest.

“Our house is destroyed and we are alone,” said Khalil Haddad. “We are trying to fix it the best we can at the moment. Let’s see, hopefully there will be aid and, the most important thing: hopefully the truth will be revealed.”

Lebanese have not been placated by Monday’s resignation of Prime Minister Hassan Diab’s government and are demanding the wholesale removal of what they see as a corrupt ruling class they brand as responsible for the country’s woes.

“We will not forget until nooses are erected (for the leaders),” one man said at Tuesday’s demonstration after he read out some of the victims’ names shown on the screen.

Diab, announcing his cabinet’s resignation, blamed endemic graft for the explosion, which was the biggest in Beirut’s history and compounded a deep financial crisis that has ravaged the currency, paralysed the banking system and sent prices soaring.

Talks with the International Monetary Fund have stalled due to lack of progress on reforms and a row between the government, banks and politicians over the scale of vast financial losses.

For many Lebanese, the explosion was the last straw in a protracted crisis over the collapse of the economy, corruption, waste, negligence and dysfunctional government. 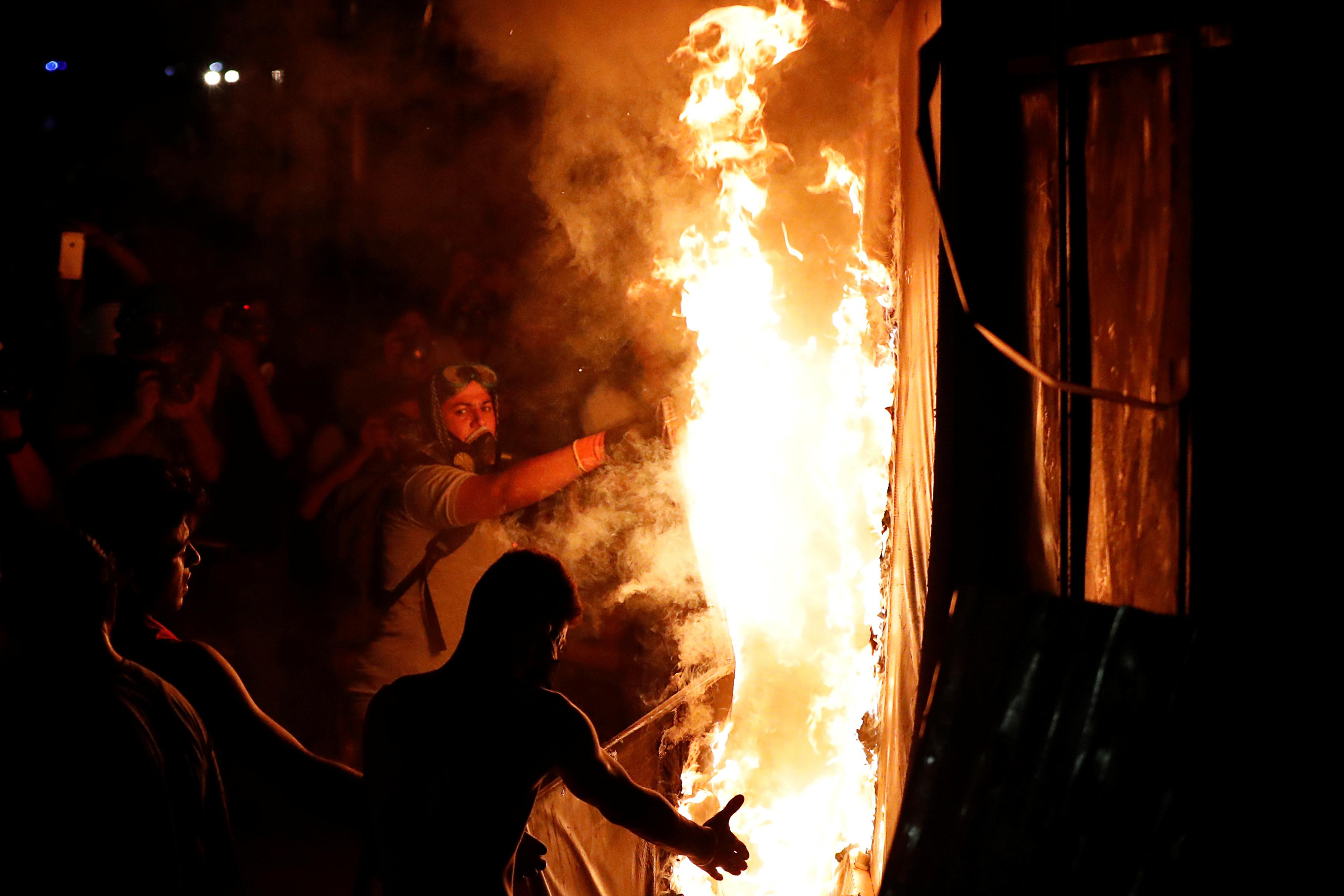 The blast left a crater more than 100 metres across on dock nine of the port, the French ambassador tweeted following a visit to the site by French forensic scientists supporting an investigation into the disaster.

The Beirut port mirrors the sectarian power system in which the same politicians have dominated the country since the 1975-90 civil war. Each faction has its quota of directors at the port, the nation’s main trade artery.

“It’s a good thing that the government resigned. But we need new blood or it won’t work,” said silversmith Avedis Anserlianin in front of his demolished shop.

Diab formed his government in January with the backing of the powerful Iranian-backed Hezbollah group and its allies, more than two months after Saad Hariri, who had enjoyed the support of the West and Gulf states, resigned as premier amid anti-government protests against graft and mismanagement.

Aoun is required to consult with parliamentary blocs on who should be the next prime minister, and is obliged to designate the candidate with the most support. The presidency has yet to say when official consultations will take place.

Forming a government amid factional rifts has been daunting in the past, but it could prove especially difficult now to find someone willing to be prime minister.

In France, where President Emmanuel Macron has continued to consult Lebanese and regional political players after visiting Beirut last week, some voices in his ruling party say the only possible short-term solution to carry out reforms would be forming a government of technocrats.

“The only thin path I see between the absence of civil society leaders and the rejection of the current political class is a government of technocrats,” French lawmaker Loic Kervran, chair of the France-Lebanon committee, told Reuters. 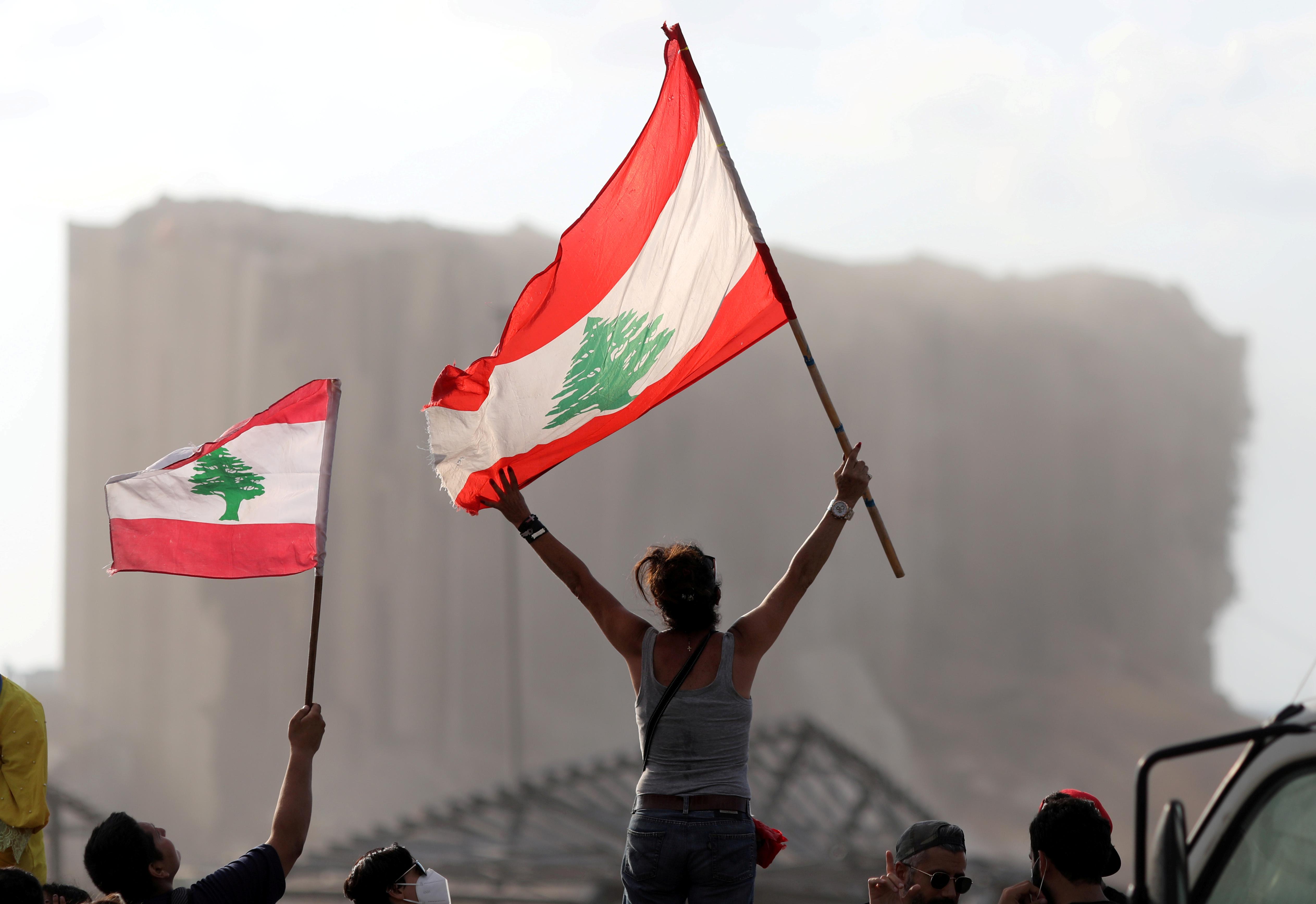 Officials have said the blast could have caused losses of $15 billion, a bill Lebanon cannot pay.

Ihsan Mokdad, a contractor, surveyed a gutted building in Gemmayze, a district a few hundred metres from the port.

“They’re all a bunch of crooks,” he said. “I didn’t see one member of parliament visit this area.”