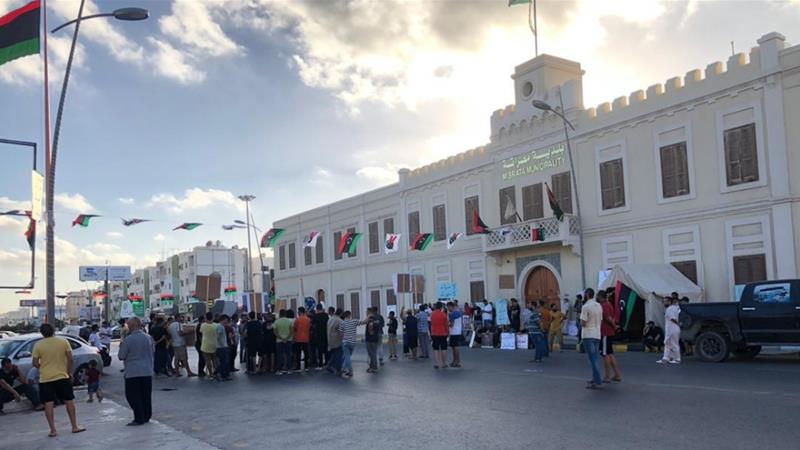 The protest on Monday came a day after hundreds of people took to the streets of Misrata and more than 1,000 gathered in the capital, Tripoli, to voice their anger over similar concerns.

“We’re here to protest against corruption … to fight for our rights and lack of government services,” said 32-year-old Amar Jamil, a demonstrator in Misrata. “We don’t have anything,” the father of two told Al Jazeera.

“Since the beginning of the coronavirus pandemic, hundreds of millions were spent by the government but people who are sick don’t have a place to be treated. People are dying because the money was stolen.”

A major oil producer, Libya has been mired in chaos since the 2011 overthrow and killing of longtime ruler Muammar Gaddafi. The country has since been divided into two rival camps that are based in the country’s east and west – and that in recent years have been vying for power.

Sami Hamdi, editor of the International Interest, said the protests were an example of “an increasingly angry Libyan population” whose frustrations with worsening living conditions transcend the traditional divide of east and west.

“[It is] a dynamic that is outside the control of international powers,” he said.

The conflict escalated in April last year when eastern-based renegade military commander Khalifa Haftar announced an offensive to wrest control of the capital from the United Nations-recognised Government of National Accord (GNA).

Supported by Turkey, the GNA in early June succeeded in repelling Haftar, driving his self-styled Libyan National Army to the coastal Mediterranean city of Sirte – but not without incurring heavy losses.

On Friday, GNA Prime Minister Fayez al-Sarraj offered a ceasefire and called for the demilitarisation of Sirte, a central city that is located roughly halfway between Tripoli and Haftar’s bastion city of Benghazi and that is known as the gateway to Libya’s main oil terminals.

But protesters in Misrata, a main source of military power for the Tripoli-based GNA, said authorities could not make that call on their behalf.

“We want peace but the only people who should decide a ceasefire are the people on the front lines,” 35-year-old Abdelmemam al-Asheb said on Monday.

“Haftar is a war criminal. He can’t be part of any political solution. He is responsible for the oil closures, the thousands who died in Tripoli and all the people who are now displaced,” continued the father of two. 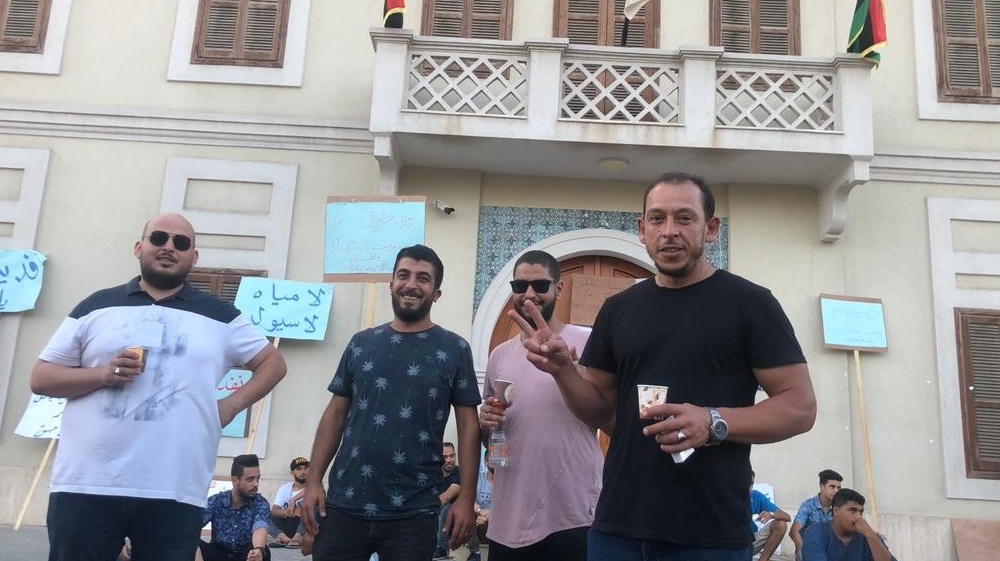 Despite being on the back foot, Haftar, who is supported by the United Arab Emirates, Egypt and Russia and has for months maintained a costly blockade on oil production and exports, turned down al-Sarraj’s ceasefire offer, arguing that the move was a stunt aimed at catching the LNA off-guard.

Analysts, however, say his rejection of the deal – a version of which he had accepted in June under the auspices of Egyptian President Abdel Fattah el-Sisi in Cairo – is informed by the dynamics in eastern Libya.

Aguila Saleh, the speaker of the Haftar-allied House of Representatives in Tobruk and an influential figure with Libya’s eastern tribes, has seen his profile rise since the GNA’s recent military gains.

He has already expressed support for the ceasefire initiative, and observers say that had Haftar accepted al-Sarraj’s offer, it could be interpreted as following Saleh’s lead.

At the time of the el-Sisi initiative in June, Emadeddin Badi, a senior fellow at the Atlantic Council, said the presence of Saleh in Cairo alongside the Egyptian president and Haftar was an indication of the diminishing patience of the renegade commander’s foreign backers.

“There’s no other figure that anyone can engage with in the east besides him [Saleh], so it’s the easiest way of having some form of tribal representatives of the eastern bloc but also a political one,” Badi had told Al Jazeera.

Back in the Misrata protest, however, 30-year-old Marwan Alamin said Saleh cannot be trusted.

“He may be the only one in eastern Libya who can actually come to a political solution but we don’t trust him,” said Alamin. “He supported Haftar’s war on Tripoli.”

Also on Monday, the United Nations Support Mission in Libya (UNSMIL) called for “an immediate and thorough investigation into the excessive use of force” by pro-GNA security personnel in Tripoli during Sunday’s protest.

UNSMIL said in a statement that the security response “resulted in the injury of a number of protesters”, without specifying the number of people who were wounded.