TRIPOLI/BENGHAZI, Libya (Reuters) – Libya’s internationally recognised leader on Wednesday dashed hopes of quickly reviving U.N. ceasefire negotiations after his side withdrew, saying talk of them resuming had been overtaken by events as eastern forces continue to shell the capital. 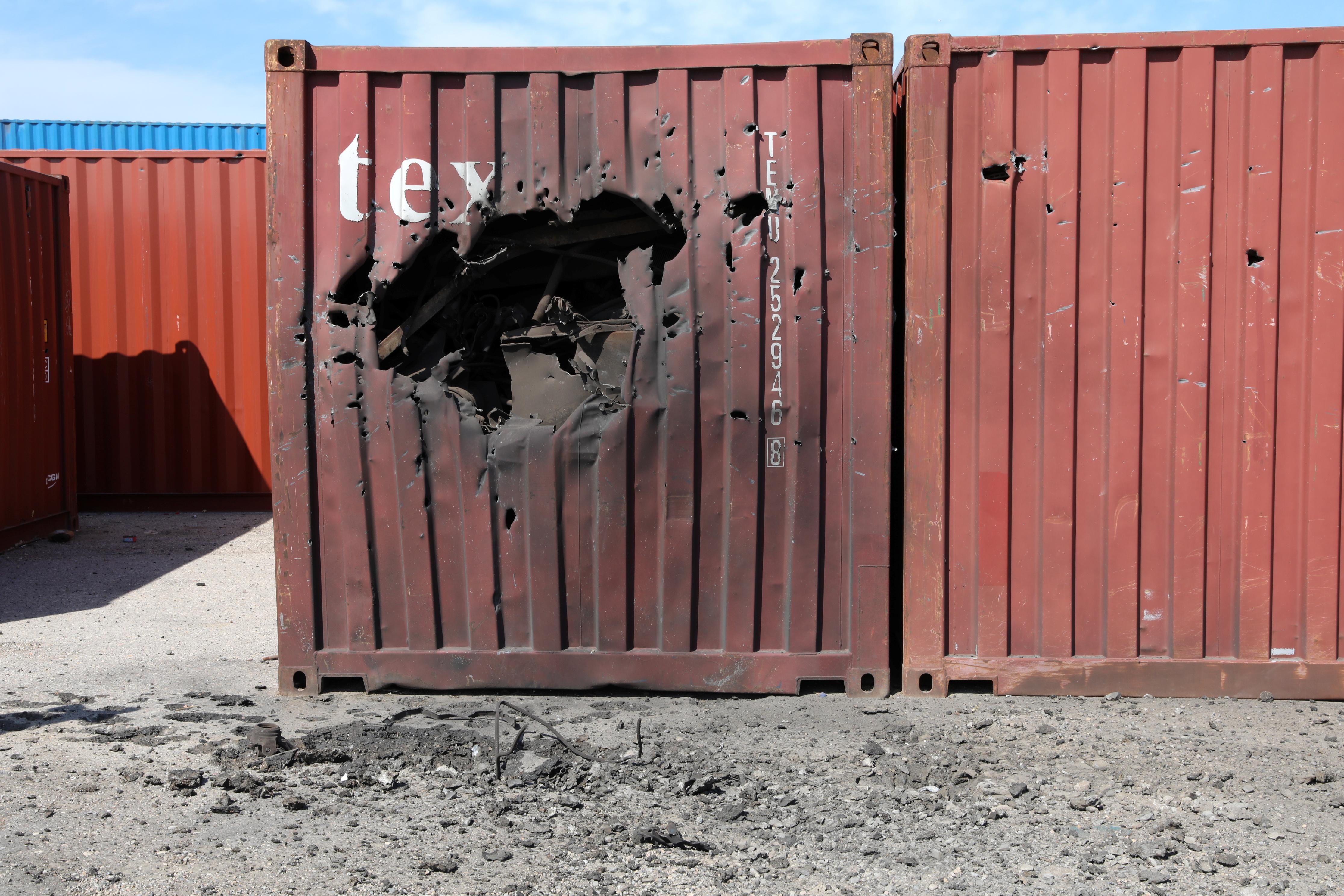 The eastern-based Libyan National Army (LNA) of Khalifa Haftar, which shelled on Tuesday the port of the capital held by the recognized government, also ruled out a truce with “terrorists” and “Turkish invaders”, suggesting a near year-long battle will continue.

The port is a major entry gate for wheat, fuel and food imports but also an arrival point for Turkish vessels sending arms, drones, trucks and soldiers to help Prime Minister Fayez al-Serraj fend off the LNA, which is supported by the United Arab Emirates, Egypt, Jordan and Russian mercenaries.

The conflict has cut oil exports by 1 million barrels a day and could deepen a security vacuum that would be exploited by Islamist militants and human traffickers dispatching migrants by boat to Europe.

The Tripoli government left the ceasefire talks late on Tuesday and a defiant Serraj, visiting the shelled port on Wednesday, rebuffed calls to return immediately to the negotiation table.

“There must first be a strong signal from all international players who are trying to talk to us,” he told reporters, saying this also applied to parallel discussions focused on political and economic issues.

He suggested fighting was likely to continue: “We have an even stronger signal than that, which is defending our people.”

Photographs showed containers in the port with large black holes in them. The National Oil Corporation and United Nations said shells had almost hit a highly explosive gas tanker.

Nearly nine years after rebel fighters backed by NATO air strikes overthrew dictator Muammar Gaddafi, Libya still has no central authority. The streets are controlled by armed factions, with rival governments based in Tripoli and the east.

“We really want a ceasefire and serious negotiations to end the war for the sake of all Libyans,” Jalal al-Bosairi, a 45-year-old businessman, said in a Tripoli cafe.

Since the LNA marched on Tripoli nearly a year ago, fighting has displaced 150,000 people.

A second round of talks involving military officers of both sides began in Geneva on Tuesday following a summit in Germany a month ago involving countries with major stakes in the conflict.

“Delegations are still here (in Geneva) and Dr. Salame has a meeting today with the head of the GNA delegation,” said Jean El Alam, spokesman for the United Nations Libya mission, referring to the Tripoli-based Government of National Accord.

The Geneva meetings have so far been held in different rooms. Another round of political talks is scheduled next week in Geneva.

LNA spokesman Ahmed Mismari said his forces had decided to send a delegation to Geneva. But he added: “There will be no peace, talks or ceasefire with terrorists and Turkish invaders.”

Russian Defence Minister Sergei Shoigu met with Haftar and they agreed a political settlement is the only option for Libya, RIA news agency said on Wednesday.

The latest attack on Tripoli is part of an emerging pattern amounting to an apparent power play by Haftar. 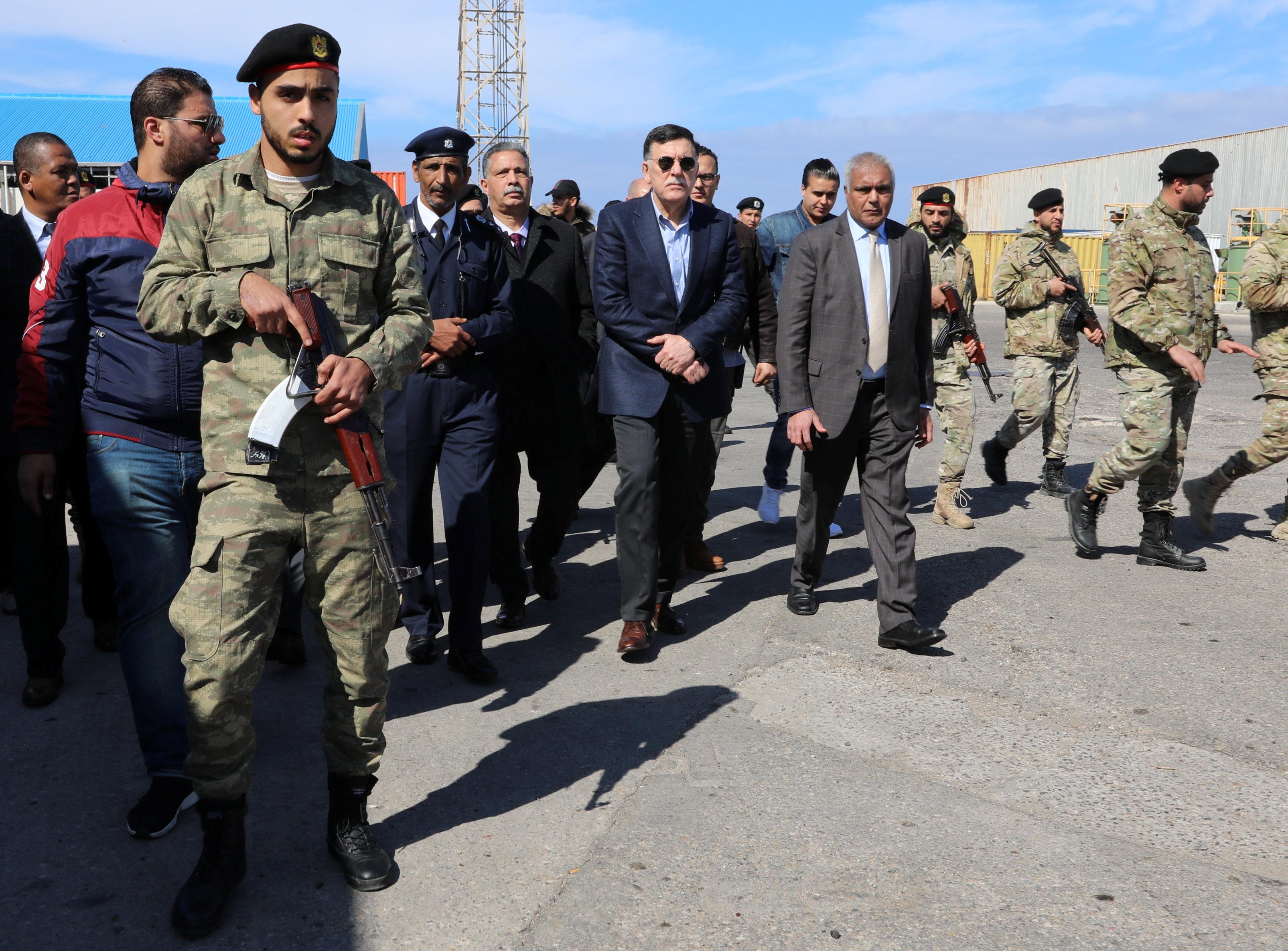 His forces last month shut down Libya’s main oil ports as European and Arab powers and the United States were meeting with his supporters in Berlin to try to halt the Tripoli fighting.

LNA supply routes are less exposed than those of the GNA as eastern airports and seaports are out of range of the Turkish combat drones used by the Tripoli government.

In contrast, the LNA uses UAE-supplied drones which cover the whole country, although there have been no air strikes for weeks as Turkey has installed sophisticated defences.