The goal is to spark a worldwide conversation over how to shift to a low-carbon society in time to avert the most catastrophic impacts, said Gail Bradbrook, a co-founder of the movement, who holds a PhD in molecular biophysics.

“We’ll be like sets of mosquitoes coming into London — the aim is to disrupt the system, not the public,” Bradbrook told Reuters ahead of the publication of an Extinction Rebellion strategy document on Wednesday.

Extinction Rebellion, in common with a “new economics” movement of economists, academics and scientists, argues that a relentless focus on ever-faster economic growth is pushing the world’s ecosystems to breaking point.

“The economic system is acting like a cancer on humanity,” Bradbrook said. “The regulatory system, the accountants, the legal firms support the metastasizing of this cancer.”

Banks such as Barclays, a major financier of oil and gas projects, accountants such as PricewaterhouseCoopers, and media companies such as News Corp could be among companies Extinction Rebellion would disrupt in a “rolling” wave of actions starting on May 23, Bradbrook said.

“We can’t wait for the Davos set to do this for us, because they’ve got too much skin in the game,” she said.

After launching in late 2018, Extinction Rebellion has emerged as a highly visible force in a growing global climate movement, staging numerous colorful acts of civil disobedience.

But the decentralized network has triggered a backlash among some commentators in Britain, who say its disruptive tactics stretch the police and inconvenience commuters.

Although noted for stunts such as dragging a pink boat into Oxford Circus or sending nude protesters into parliament, the movement is also piloting new forms of participatory decision-making. 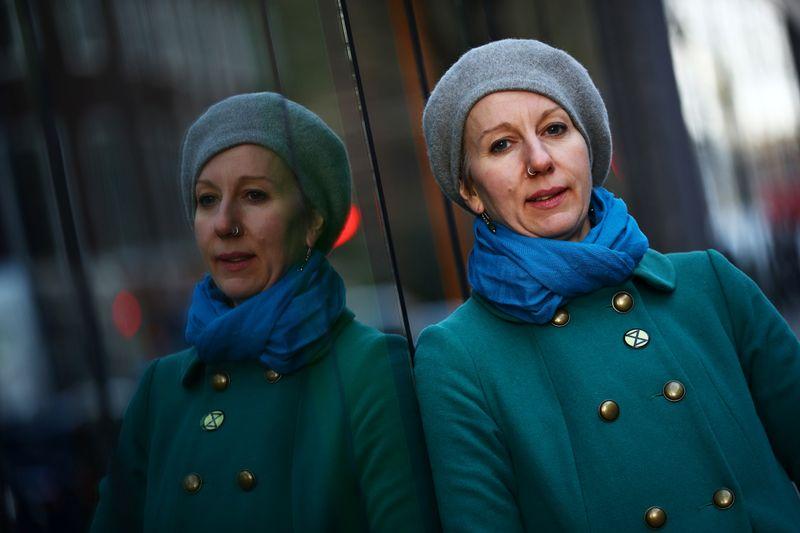 Extinction Rebellion says it has scant faith in a U.N. summit due to take place in Glasgow in November to shore up a climate agreement brokered in Paris in 2015.

Bradbrook is more focused on plans to convene a global “Citizens Assembly” to model the kind of democratic, deliberative process she believes will ultimately be needed to agree bold action on carbon emissions.

“Every single person now who’s alive has to realise the agency they’ve got,” she said. “We’re doing our best to create something new.”