The worst plague of locusts seen in 70 years is currently ravaging East Africa, endangering economies in a region heavily dependent on agriculture for food security. Last week they pushed into South Sudan, Uganda and Tanzania, having already decimated crops throughout Ethiopia, Kenya and Somalia during their onslaught along the Red Sea. Fears for Egypt have already been identified, as biblical scholars point at the Book of Exodus which warns of 10 deadly plagues after the Pharaoh refuses to accept Moses’ demands for the Israelites to be freed from their chains of slavery.

Now, fears have been heightened over a “second wave” wreaking havoc after Kenya ran out of pesticides.

All of these nations are racing against the clock as more rain is expected in March, creating the perfect breeding ground.

The UN has highlighted these fears during a call for a global response in a joint statement from Qu Dongyu, Director-General of the Food and Agriculture Organisation (FAO), Mark Lowcock, UN Emergency Relief Coordinator and David Beasley, Executive Director of the World Food Programme (WFP). 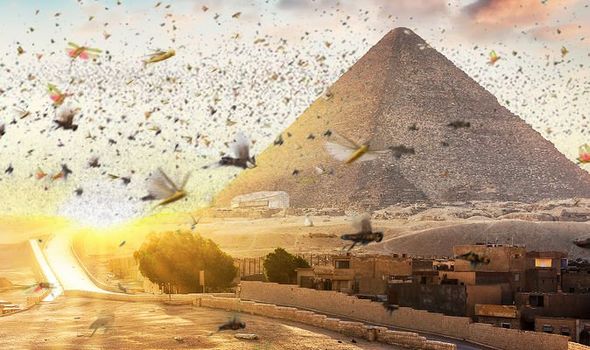 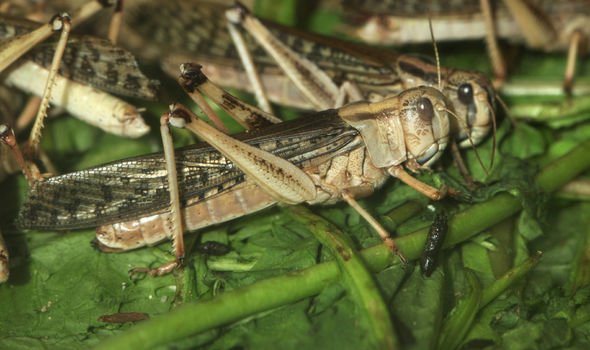 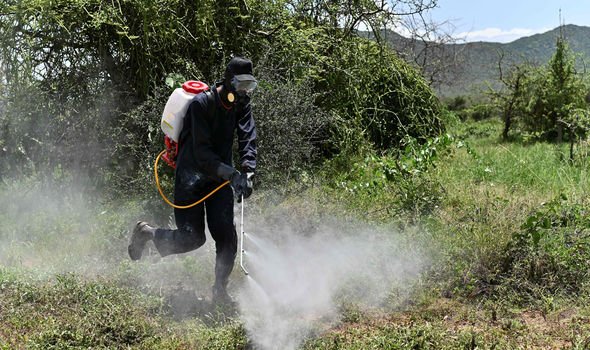 This is a scourge of biblical proportions

They said: “This is a region beset by climate and conflict-related shocks.

“Millions of people are already acutely food insecure, now they face another major hunger threat in the form of desert locusts.

“The locust upsurge affecting is a graphic and shocking reminder of this region’s vulnerability.

“This is a scourge of biblical proportions. 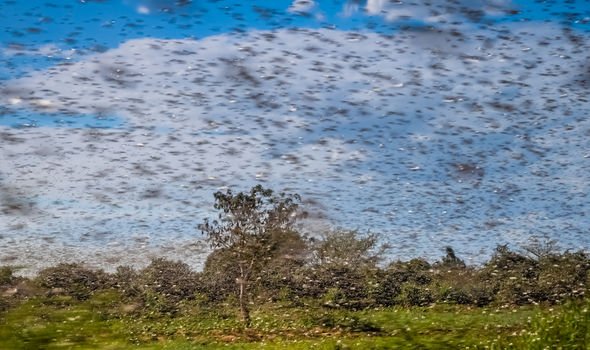 “Yet as ancient as this scourge is, its scale today is unprecedented in modern times.”

While the FAO requested $76million (£58million) in funding for the crisis last month, only $33million (£25million) has been received or committed, and the costs are rising.

The trio urged the international platform to step up and help.

The statement added: “As the locusts continue their invasion throughout eastern Africa, and more details emerge about the scale of need in affected areas, the cost of action has already doubled, to $138million (£119million). 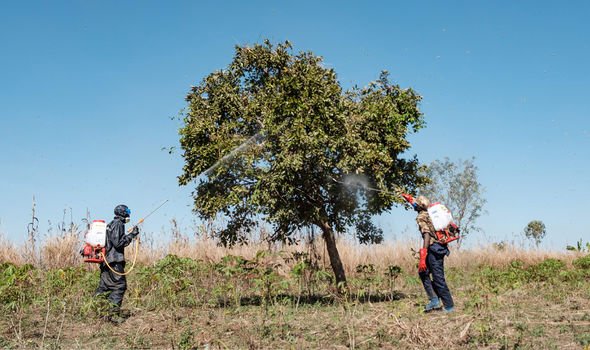 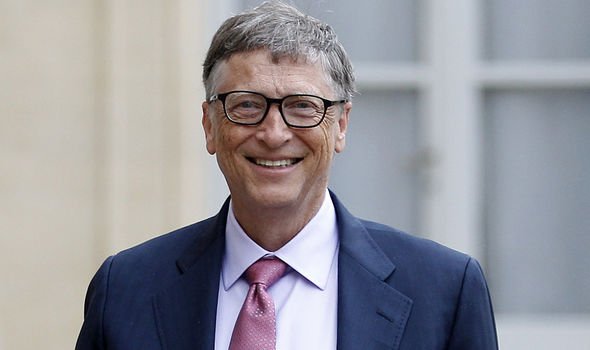 “We need to do more.

“WFP has estimated the cost of responding to the impact of locusts on food security alone to be at least 15 times higher than the cost of preventing the spread now.

“It is time for the international community to act more decisively.

“The maths is clear, as is our moral obligation. Pay a little now, or pay a lot more later.”

Desert locusts have a reproduction cycle of about three months, with the pests currently laying eggs across the Horn of Africa, expert fear the warm could reach 400 times its current size.

With the requested funding, the UN agencies hope to both provide relief to communities where crops have already been devoured by locusts and prevent new swarms from emerging.

In a statement, the foundation said its donation would assist FAO as it supports governments in Ethiopia, Kenya, and Somalia to combat locust infestation that is posing a significant threat to food production and livelihoods in the region.