The UK has been devastated by intense flooding and hurricane-force winds over the past few weeks as a result of Storm Dennis and Storm Ciara. And the extreme weather isn’t over yet as more heavy rain and flooding is expected.

What is the long-range forecast?

Those hoping for a change to more spring-like weather as March rolls around will be disappointed as winter looks like it’ll remain a while longer.

According to the Met Office, the end of February will see “unsettled and often windy conditions continue with areas of rain moving east across the UK interspersed with brighter, showery interludes.”

Hail and thunder are also possible in the showery interludes with snow at times over northern hills. 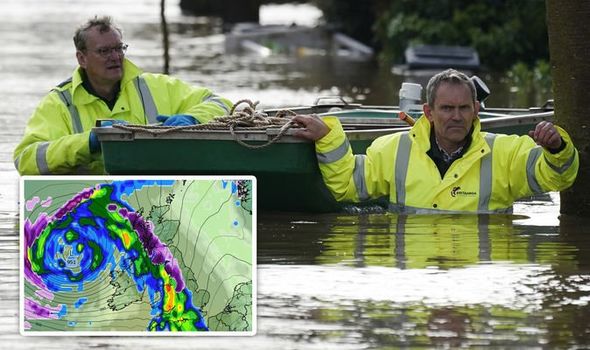 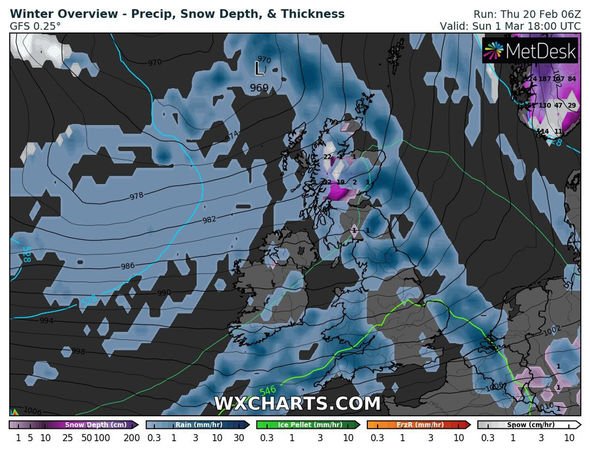 Temperature-wise, while it’ll be rainy, it might feel a little warmer than the average, particularly in the south.

Into early March, the Met Office said: “Some brief quieter, colder spells are possible later, especially in southern and eastern areas, these bringing some overnight frost and patchy fog in places.

“Elsewhere will continue to see spells of wet and windy weather.”

As March gets underway, the Met Office forecasts a “continuation of the unsettled weather is expected at first, with spells of rain and strong winds broken by brighter but showery conditions”. 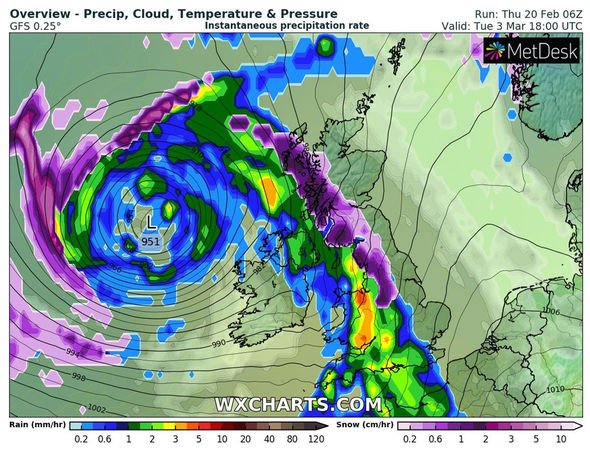 The heaviest rain and strongest winds are expected in the northwest, with drier conditions expected in southern and eastern parts.

By mid-March, there is a chance things could begin to settle slightly.

The forecast said it expects “any cold interludes to be fairly brief, but with the continued risk of overnight frosts.”

Of course, forecasts could still change quite drastically this far in advance.

And before this forecast has a chance to manifest, widespread weather warnings are littered across the nation.

The Met Office has issued rain and wind warnings right through the rest of this week into the weekend.

Further rain warnings are in place for Monday. 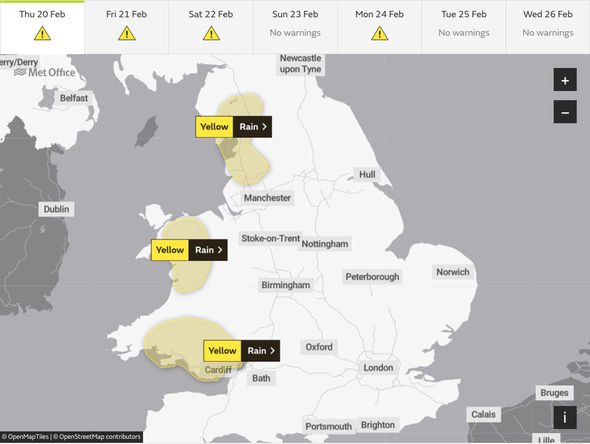 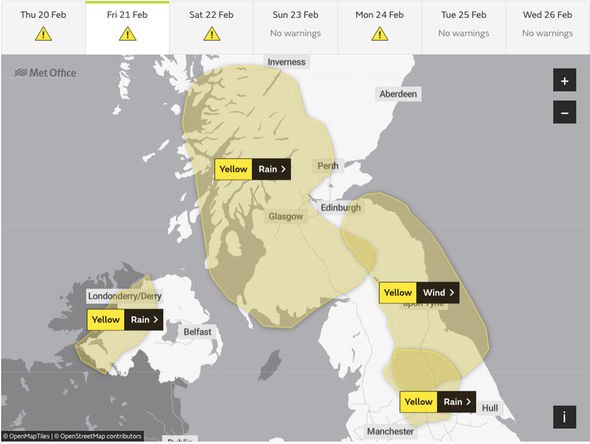 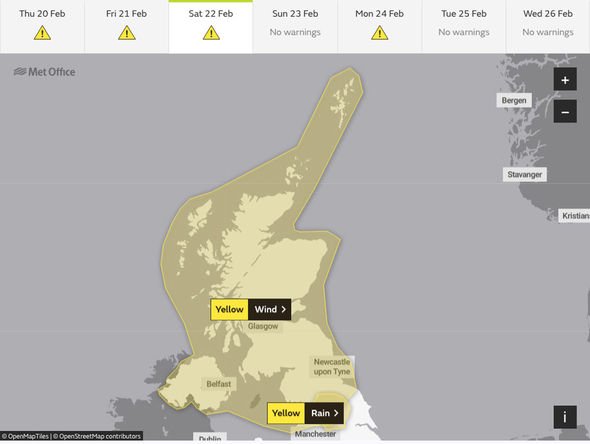 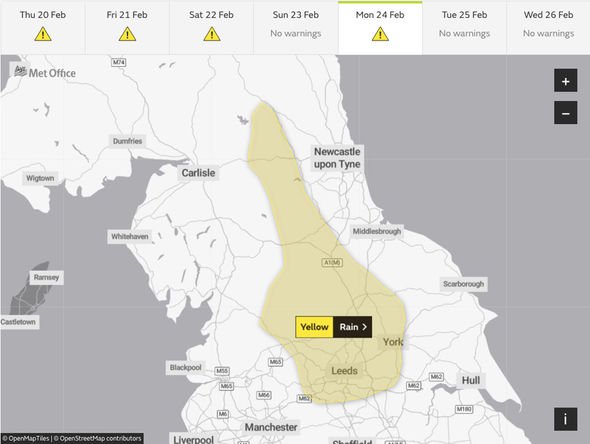 Many of the warning zones are regions already dealing with unprecedented flooding in the wake of the recent storms.

A month’s worth of rain in 24 hours could also hit north Wales and north-west England, forecasters said, falling on ground that is already saturated.

Nearly 120 flood warnings remain in place across the country.

The Environment Agency said there was a “heightened flood risk” across the Midlands, with six severe warnings – meaning there is a danger to life – still in place near the Welsh border around the Rivers Lugg, Severn and Wye.