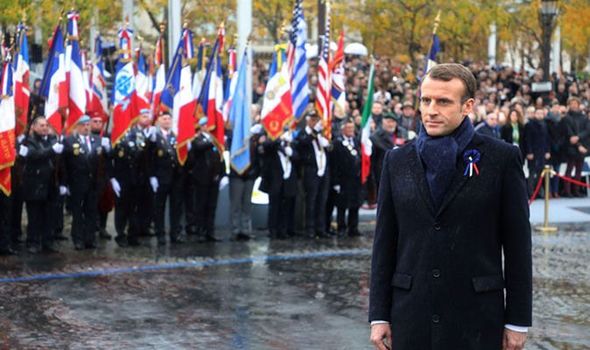 The government wants to fuse the country’s 42 pension schemes into a single, points-based system, but critics say the changes will force people to work longer for less. The pro-Macron MPs deserted the debating chamber for around 30 minutes to denounce the “obstruction” from far-left lawmakers and their “pointless” amendments.

“The amendments are virtually identical,” Macron loyalist Gilles Le Gendre said, as he accused the opposition of “unnecessarily protracting the debate”.

“We are waiting for the litany (of amendments) to end before returning to the chamber and engaging in a substantive debate,” LREM lawmaker Roland Lescure added.

Left-wing and hard-left MPs have openly admitted tabling some 41,000 amendments to the pension plan in a bid to block the parliamentary process and delay the passage of the bill.

MP François Ruffin, of the far-left La France Insoumise (France Unbowed) party, admitted some of the amendments were “a little bit absurd,” but stressed the opposition had “no choice” but to “respond to the government’s absurdity with another absurdity”.

The Macron administration has given the lower house five weeks to round off the debate and has slammed the filibustering as belittling the role of parliament.

The government hopes to complete the parliamentary process by this summer, and has threatened to ram the pension bill through by decree if the obstruction continues.

The reform proposals triggered weeks of sometimes violent strikes and protests in December and January, though the unrest has since fizzled out.

M Macron plans to merge the country’s 42 separate pension schemes, each with their own levels of contributions and benefits, into a universal, points-based system giving every worker equal rights for each euro contributed.

He also plans to scrap so-called special pension regimes that offer early retirement and other benefits to public sector employees as well as lawyers and doctors.

Under pressure from the unions, the government agreed to temporarily drop a proposal to push back the age for a full pension to 64 from 62. But unions must now find another way to balance the pension books or the provision will be added back in.

But unions accuse him of pushing through a reform that will effectively force millions of people to work longer or accept lower pensions – or sign up for private, US-style investment accounts.

The pension overhaul was a key plank in M Macron’s 2017 election campaign, which promised a series of ambitious reforms to revitalise economic growth while reining in government spending.

Winning the standoff with the opposition would strengthen his hand to embark on further pro-business reforms as he eyes re-election in 2022.