Macron says that the EU is ‘stronger’ following Brexit

Emannuel Macron has already clashed with Liz Truss, the likely successor to Boris Johnson. The Foreign Secretary was asked last week if she considered Mr Macron a “friend or foe”, to which replied that “the jury is out”. Mr Macron responded to the comments, saying: “For sure I say the British people — the nation that is the United Kingdom — is a friend, a strong and allied nation, whatever its leaders.

“And sometimes in spite of, and beyond, its leaders… or the little mistakes they make with campaign pot shots.”

He is likely to come to blows with Ms Truss again in the near future, as the Foreign Secretary has vowed to press on with the Northern Ireland Protocol Bill.

The UK Government wants to fix the issue of goods being checked when moving from Great Britain to Northern Ireland.

But the EU is furious, accusing the UK of backtracking on an agreement it had signed up to. 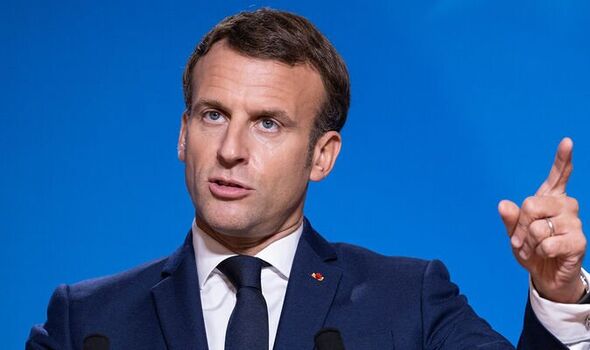 In June, the EU launched legal action against the UK after the Northern Ireland Protocol Bill was passed through the House of Commons.

At the time, Macron also wanted to deliver another blow to the UK according to Charles Grant, director of the Centre for European Reform think tank.

He spoke to Politico in April, explaining how the UK’s support of Ukraine in recent months made EU countries more reluctant to go along with Mr Macron’s tough stance.

On Mr Macron’s desire for a coordinated response to the UK, Mr Grant said: “If, because of the collapse of the Northern Ireland protocol, the [European] Commission proposes to suspend the [EU-U.K.] Trade and Cooperation Agreement — which is what they were going to propose in December — quite a lot of EU member states will not want to be as hard on the British as that.

“Macron will find it quite difficult to persuade the whole of the EU to be tough on the British because of the Ukraine war.” 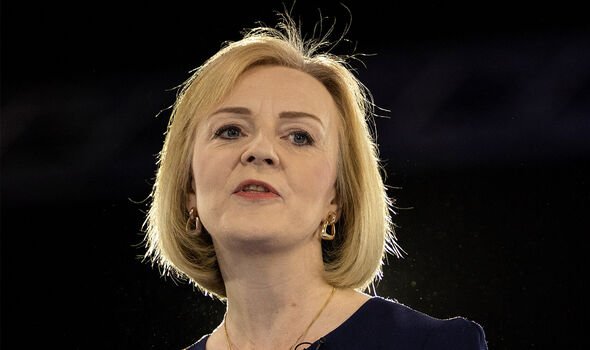 He added: “The truth is that Macron doesn’t like Boris Johnson at all.

“It is not just electoral politics — he really is fed up with Johnson. [The French] think Johnson is not an honest or a serious person they can deal with. That’s going to continue.”

It is not the first time Mr Macron and Mr Johnson’s relationship has come under the microscope. 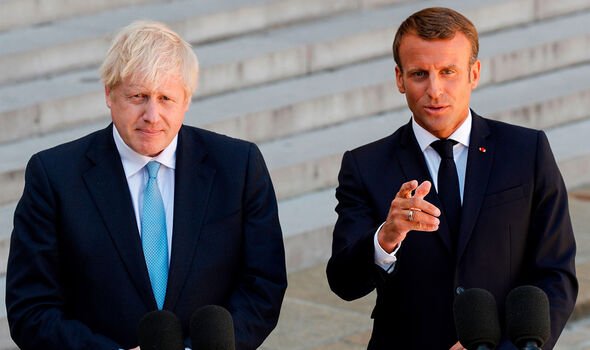 In December last year, it was reported that the French President called Mr Johnson “un clown” in a private conversation.

The French magazine Le Canard Enchaîné quoted Mr Macron as describing the Johnson Government to advisers as a “circus” and accusing him of trying to portray himself as a victim in order to skirt the blame for the “catastrophic” result of Brexit.

Describing Mr Johnson as having “the attitude of a vulgarian”, the magazine also quoted Mr Macron as saying: “BoJo talks to me at full speed, everything is going fine, we have discussions like big people, and then he gives us a hard time before or afterwards in an inelegant way — it’s always the same circus.”