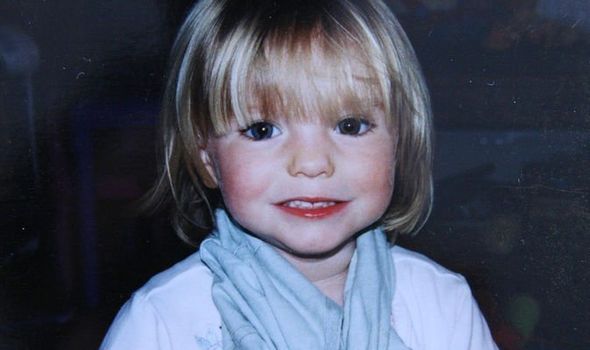 German police believe the convicted rapist kidnapped and murdered the girl when she was three years old, while her family were on holiday in Portugal in 2007 – allegations which Christian B has always denied. However, they have not charged him with any offence in relation to Madeleine’s disappearance.

According to the Sun, a team of documentary makers looking into the possible connection between Christian B and the British girl’s vanishing have now handed over fresh evidence.

They claim to have found evidence showing Christian B was near Praia da Luz when Madeleine went missing while her parents dined nearby.

The former investigators and journalists that comprise the team for German TV channel Sat.1 told the paper they collected “many new clues and indications” that the suspect was behind the incident.

Editor-in-chief Juliane Ebling said: “The sad story of Madeleine McCann is a story that has many German facets.

“The case is being tried at the Regional Court of Braunschweig, as the German Christian B is the main suspect.

“In his environment there are many German women and men who can describe individual details surrounding the crime.

“Jutta Rabe has researched shocking material in Germany, Portugal and England over the past months, which heavily incriminates Christian B.”

Christian B was identified as the prime suspect in Madeleine’s disappearance by German investigators in June 2020.

He is serving a seven-year sentence in prison after raping a 72-year-old American woman in the Algarve in 2005.

However, in 2020 German prosecutors said they believe the girl was dead.

Madeleine was on holiday with her parents, Kate and Gerry McCann and her siblings when her disappearance had occurred.

She and the other children had been left asleep in the couple’s ground-floor apartment on May 3 that year.

Her parents checked in on the children throughout the evening, until Kate discovered Madeleine was missing at around 10pm.

May 12 last year would have been Madeleine’s 18th birthday.

Her parents issued a message on what would have been their daughter’s first day of adulthood.