KUALA LUMPUR (Reuters) – Malaysia’s parliament will vote on a new candidate for prime minister on Monday and if nobody can win majority support there will be a snap election, interim prime minister Mahathir Mohamad said on Thursday. 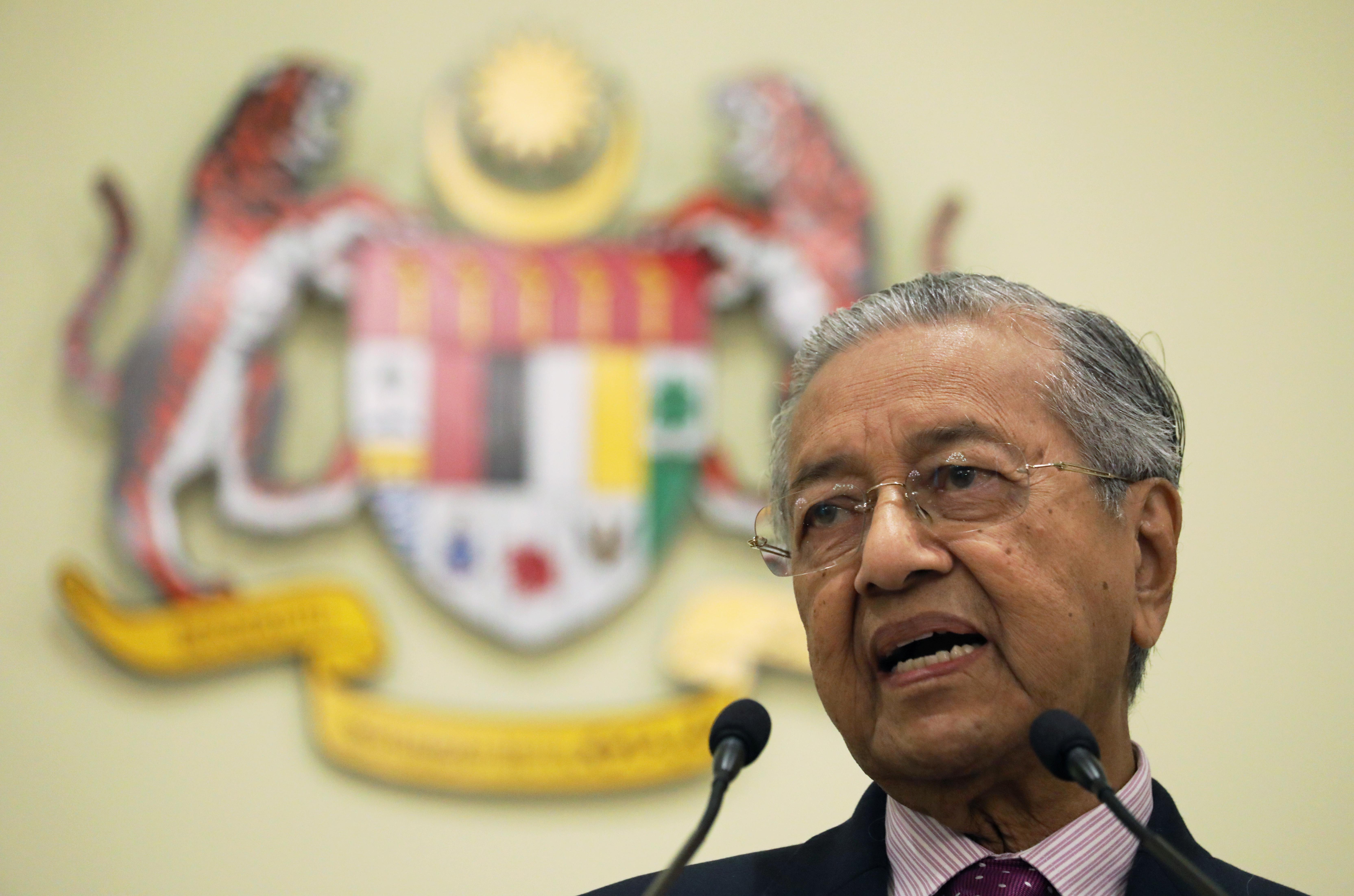 The Southeast Asian country slid into political turmoil this week with the unexpected resignation of Mahathir, who at 94 is the world’s oldest government leader. It set off a new tussle for power between him and old rival Anwar Ibrahim, 72.

Mahathir said the king had decided to leave the choice of premier to parliament after the monarch told him no candidate had emerged with enough support to become prime minister. The king held two days of consultations with individual lawmakers this week but has made no announcement of his decision.

Parliament will be convened on March 2, Mahathir said.

“If (parliament) fails to find a person with the majority then we will have to go for a snap election,” said Mahathir, who stayed on as caretaker premier after resigning.

Previously, the post of prime minister has gone to a party or an alliance with a majority in parliament rather than through a vote for individual candidates.

“This is unprecedented,” said Adib Zalkapli, Malaysia director for Bower Group Asia. “We can expect a lot of horse trading in the coming days.”

Mahathir’s resignation broke a coalition with Anwar that had scored a surprise election victory two years ago, restoring to power the leader who had governed Malaysia from 1981-2003 – with a promise that he would one day hand over to Anwar.

The volatile relationship between Anwar and Mahathir helped trigger the current crisis after Mahathir resisted pressure to set a date for a promised transfer of power to Anwar made ahead of the 2018 election.

The coalition said it was inappropriate for Mahathir to preempt the king’s decision, and that his move to call for a parliamentary session to elect a new prime minister was a challenge to the rights and powers of the monarch.

The nine sultans who serve as hereditary titular heads of individual Malaysian states are scheduled to meet on Friday to discuss the next step, the coalition said in a statement.

Mahathir has called for a unity government not based on party allegiances and including lawmakers across all political parties, saying it is needed as Malaysia’s economy is flagging amid the impact of the new coronavirus – for which he announced a $4.7 billion stimulus package on Thursday.

But critics say that such a unity government could give Mahathir greater power than ever. Anwar has said he opposes such a “backdoor government”.

The United Malays National Organisation (UMNO), which ruled Malaysia for six decades until being defeated in Mahathir’s return in 2018, also rejected the idea of a unity government.

UMNO’s popular support has been resurging and it said it wanted new elections.

The three parties in Anwar’s alliance have the biggest share of the votes with 92 seats in parliament, but short of a 112-vote majority to secure him the post of prime minister.

Mahathir also suggested that another candidate could be interior minister Muhyiddin Yassin, who leads the interim prime minister’s Bersatu party and has been willing to work with UMNO and the Islamist party PAS.

Anwar was Mahathir’s deputy and a rising political star when Mahathir was prime minister the first time but they fell out.

Anwar was arrested and jailed in the late 1990s for sodomy and corruption, charges that he and his supporters denied, maintaining that they were aimed at ending his political career.

As well as personal relationships, politics in Malaysia is shaped by a tangle of ethnic, religious and regional interests. The largely Muslim country of 32 million people is more than half ethnic Malay, but has large ethnic Chinese, Indian and other minorities.