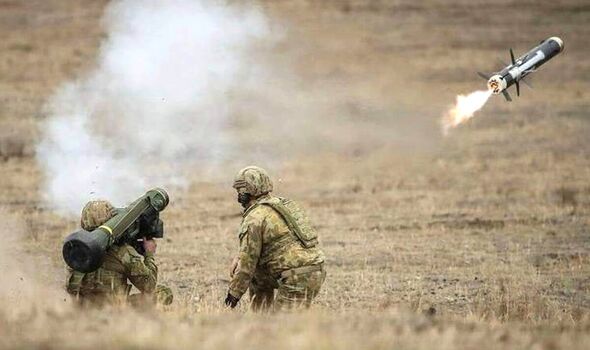 Ukrainian Armed Forces are preparing to recapture cities to the north of the administrative capital of Luhansk in a sweeping counter offensive similar to that of the retaking of Kharkiv in September. It comes as a prominent Russian military blogger accused Putin’s military of a “crisis in strategic planning” and the British Ministry of Defence suggested “factional tensions likely extend to the top of Russia’s military hierarchy” over reports that Chief of the General Staff General Valery Gerasimov could have been fired by the Russian President over his poor campaign in Ukraine. Meanwhile, a Russian soldier captured by Ukraine has described how he was well-looked after while in captivity, debunking myths about the “horrors” reported in Russian media.

Russian defence lines in eastern Ukraine are “starting to fall apart” and soldiers may be forced to flee imminently, a military analyst has claimed.

Oleksandr Kovalenko has claimed that the Luhansk region was “increasingly acquiring the outlines of the Kharkiv region of a couple of months ago”, a reference to Russia’s humiliating retreat from the northeast oblast in September following a series of successful, rapid Ukrainian counter offensive operations. He said that this was being caused by the Russian military’s inability to “provide the required amount of artillery”, which was leaving their forces not only unable to attack but struggling to defend.

He suggested that “the southwestern underside [of Luhansk] will start falling apart before the Svatove location”, which is deep in Russian-occupied territory.

He added: “It is noteworthy that amid the understanding of its deplorable situation here and pumping the zone with manpower, the Russian Defense Forces are unable to provide the required amount of artillery.

“By the way, there is also a shortage of human resources. The initial mobilisation potential has been exhausted, and now, with limited logistics, there is no meaningful rotation of the units.”

Russia is suffering from “factional tensions” that extend to the “top of Russia’s military hierarchy”, according to the British Ministry of Defence, as reports suggest their forces in the Luhansk region are on the cusp of suffering a major defeat.

In its daily update, the MoD reported on the scathing comments by a well-known Russian military blogger and former military intelligence officer who has just spent two months fighting with  a Donetsk People’s Republic battalion on the front line.

Igor Girkin wrote on his Telegram that, based on his time on the front line, it was evident Russia was suffering from a “crisis of strategic planning” in Ukraine.

Russian officials have struggled to pacify an increasingly dissatisfied security and military community, with criticism of the way in which the “special military operation” is being carried out becoming evermore public and widespread.

In the last two days, reports have also claimed that Russian Chief of the General Staff General Valery Gerasimov, a long standing military leader, has been fired.

While the reports could not be verified by the MoD, they added: “However, factional tensions likely extend to the top of Russia’s military hierarchy.”

Good morning from London. I’m Tom Watling, I’ll be bringing you all the latest developments on the war in Ukraine. Please feel free to get in touch with me as I work if you have a story or tips to share! Your thoughts are always welcome.