At least two people are missing after a British-registered freight ship and another cargo ship collided in the Baltic Sea off southern Sweden.

The Swedish coast guard said an investigation had widened and that suspicions now include gross maritime intoxication.

“Additional criminal suspicions have arisen, including gross sea intoxication,” the coast guard said in a statement. 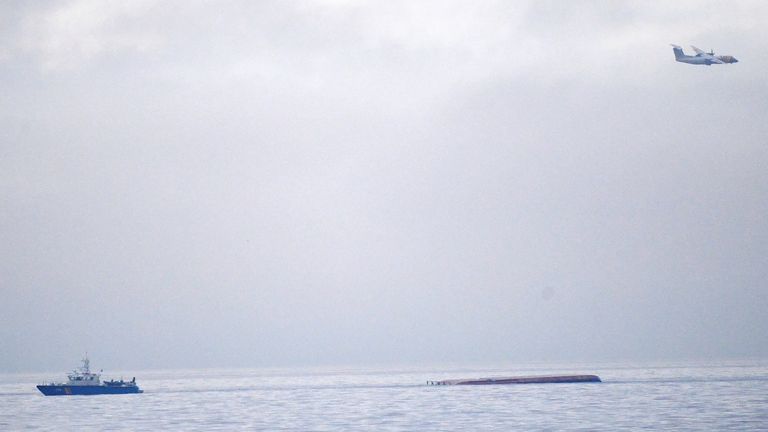 Earlier, the authority said a preliminary investigation into possible gross negligence in maritime traffic was being carried out.

Danish and Swedish authorities said the incident involved the Scot Carrier and the Danish ship Karin Hoej which had capsized after the collision, south of Ystad in Sweden, close to the Danish island of Bornholm.

The Danish vessel will be salvaged by the Swedish coast guard and taken to Sweden because oil has started to flow into the water, Sweden’s TV4 reported.

It was not clear where the oil came from.

Two people from the Danish ship’s crew were missing and a search was under way.

At least 11 vessels, one aircraft and one helicopter were taking part in the operation.

The coast guard said vessels involved in the search for the missing crew had connected to the capsized ship to tow it aground and prevent a sinking, which would enable divers to search for them.

According to the site marinetraffic, Scot Carrier was en route from Salacgriva in Latvia to Montrose in Scotland while Karin Hoej had left Sodertalje in Sweden for Nykoebing Falster in Denmark. 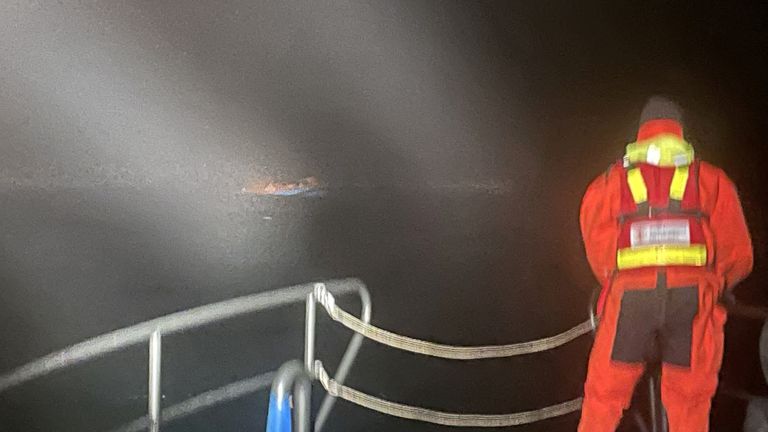 The cause of the collision was not immediately known but there was speculation it could have been due to poor visibility caused by fog.