Marx, a founding father of Communist political theory, called on workers to assume control of the means of production. 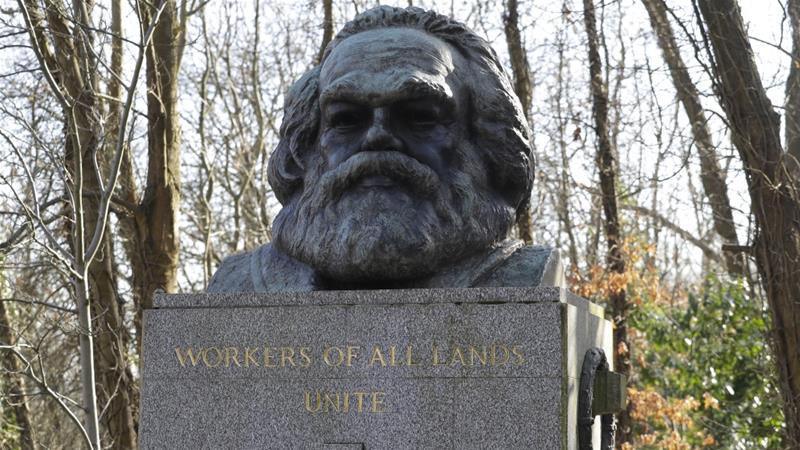 A memorial to Karl Marx has been defaced for the second time in less than a fortnight – this time with red paint – according to the cemetery in north London where the 19th century political philosopher is buried.

Pictures posted on Twitter by the Highgate Cemetery on Saturday showed the marble gravestone covered in political slogans in red paint.

“Senseless, stupid, Ignorant,” the cemetery said. “Whatever you think about Marx’s legacy, this is not the way to make the point.”