(Reuters) – Mauritius has arrested the captain of a Japanese bulk carrier that ran aground off its coast, causing a devastating oil spill in one of the world’s most pristine maritime environments, police said on Tuesday.

The MV Wakashio struck a coral reef off the Indian Ocean island on July 25 and began spilling oil on Aug. 6, prompting the government to announce a state of environmental emergency.

The spill spread over a vast area of endangered corals, affecting fish and other marine life in what some scientists have called the country’s worst ecological disaster. Emergency crews managed to remove most of the ship’s remaining oil before it split in two on Saturday.

“We have arrested the captain of the vessel and another member of the crew. After having been heard by the court they have been denied bail and are still in detention,” Inspector Siva Coothen told Reuters.

The Mauritius coastguard had repeatedly tried to reach the ship to warn that its course was dangerous but had received no reply, a maritime official with knowledge of the incident who asked not to be named told Reuters.

“The route set five days before the crash was wrong and the boat navigation system should have signalled that to the crew and it seems the crew ignored it. The boat did also fail to send out an SOS (when it ran aground), and did not respond to attempts by the coastguard to get in touch,” the official said.

The other man arrested was the deputy captain, he said, adding the two men were charged with endangering safe navigation.

The official confirmed that the crew had been questioned about reports they were having a birthday party on board, but said it was not clear yet if the party had been held at the same time that the ship ran aground or earlier in the day. 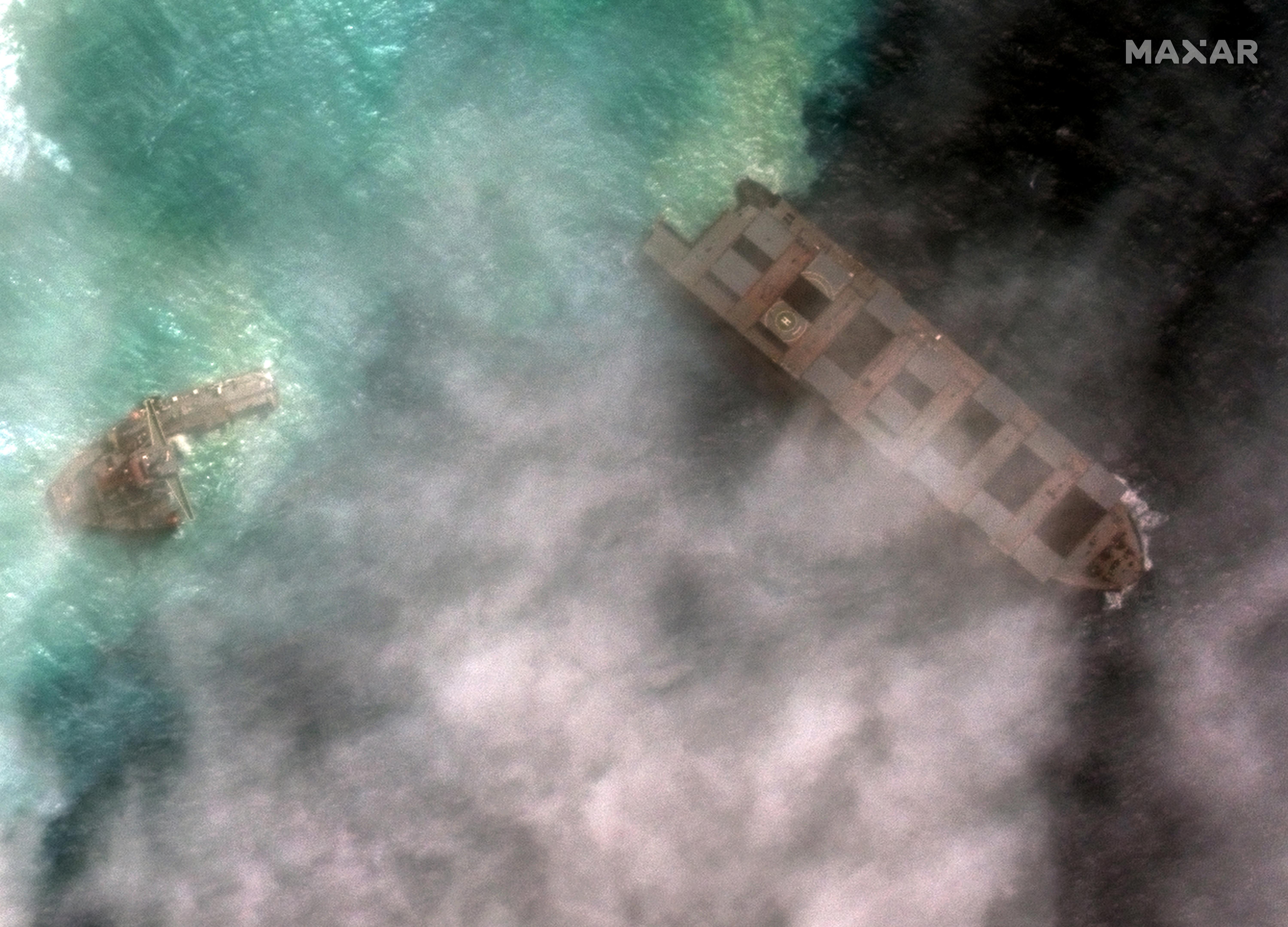 He also denied media reports that the ship had sailed close to land seeking a wifi signal, saying that looking for a phone signal would not have required sailing so close to land.

Scientists say the full impact of the spill is still unfolding but the damage could affect Mauritius and its tourism-dependent economy for decades. Removing the ship is likely to take months.

The official noted it was the second accident in the area in four years and said the government might establish a signal station nearby to try to ward off future disasters.