Melania Trump, 49, is a Slovenian-American former fashion model before she became the First Lady of the United States. But her son, Barron, has been grabbing attention from photographers with his huge growth spurt as he towers over father, US President Donald Trump. US Commentator Jadan Horyn said he “wouldn’t be surprised” if the 13-year-old embarked on a career in fashion.

Speaking to Express.co.uk, Mr Horyn said: “He certainly has the familial connections to make that happen.

“I would say that Melania has an extraordinarily sharp taste.

“I would not be surprised since artistic taste and style tends to be inherited. 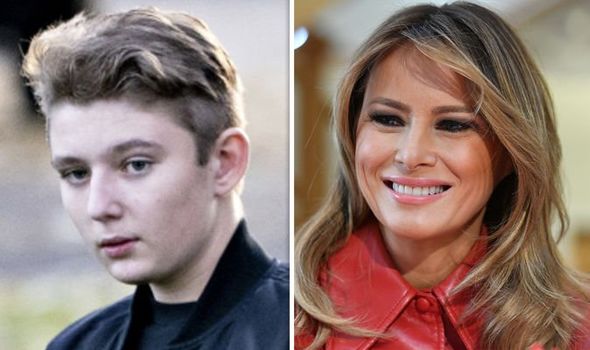 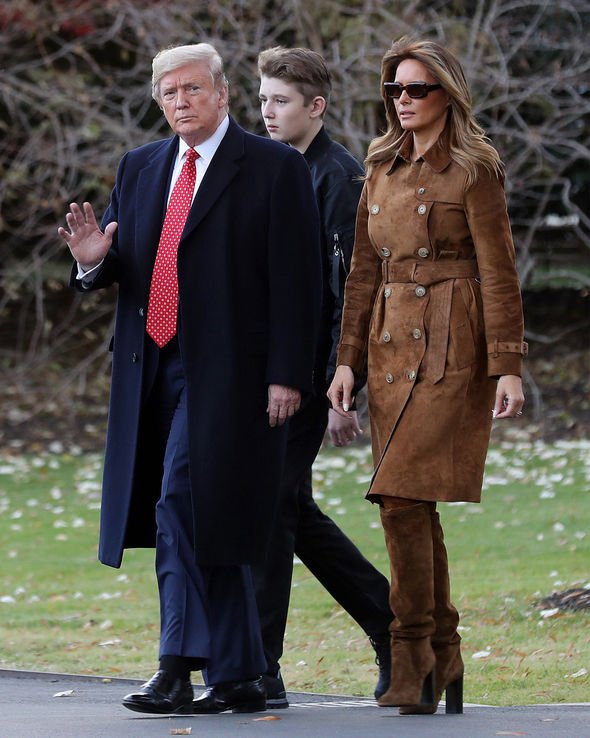 “He can certainly dress to kill and I wouldn’t be surprised if he does.”

It comes after Barron wore a strikingly similar outfit to the First Lady when they joined Donald Trump at Mar-a-Lago in January.

Melania had worn a coloured outfit over an all black outfit in 2017 when travelling to Texas to survey damage from Hurricane Harvey. 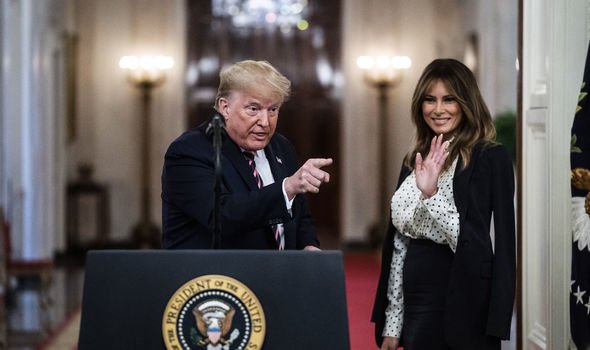 She changed her tire mid-flight as she Air Force Once wearing a white short-sleeved dress.

Trump is spending the weekend at Mar-a-Lago before his Senate impeachment trial begins.

He is set to attend a fundraiser at his resort for the Trump Victory Fund. 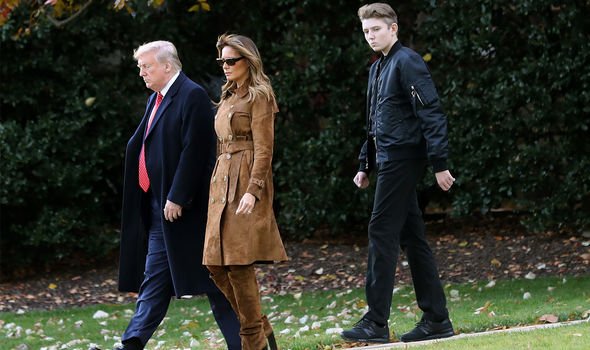 The Republican Party, of which Trump is a member, holds 53 seats in the US upper chamber.

Thus if Trump is to lose his position as President, even if all 45 Democrats and both independents were to vote against him, there would still need to be 20 Republican rebels.

Should Trump be removed, then the remainder if the current term will be seen out by Vice-President Mike Pence.

There is a US Presidential line of succession written into law and the Vice-President is first, followed by House Speaker, currently Nancy Pelosi.