The west and the northwest of the country will see the heaviest and most frequent rains. Temperatures are set to fall well into single figures at night.

On Tuesday, a Met Office forecast read: “Many places will see some sunshine tomorrow, though a few scattered showers in some northern parts.

“Cloud and rain will spread in from the south west later on.”

At the start of the week, Met Office forecasters issued two amber and one yellow warning.

Advice issued by Met Office states that severe weather “can present different challenges both for keeping the travel networks open and for those navigating through the difficult conditions.” 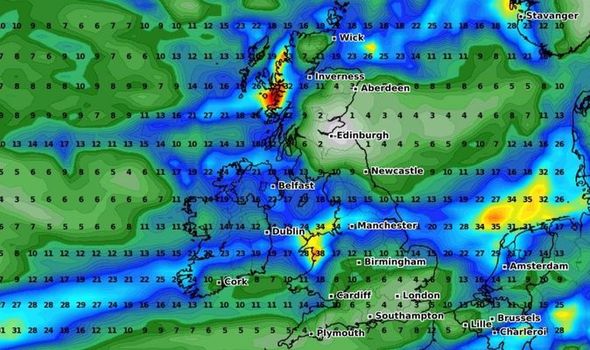 “It’s not just winter weather which can wreak havoc on the roads – even rain at any time of the year can be dangerous – in fact 9 out of 10 weather-related deaths and serious injuries on the roads take place in the rain.

“From high winds, strong sunlight and fog to snow and ice, all weathers can present different challenges both for keeping the travel networks open and for those navigating through the difficult conditions.”

Heavy downpours have caused havoc over the last few days across the UK, with homes flooding and river banks bursting. 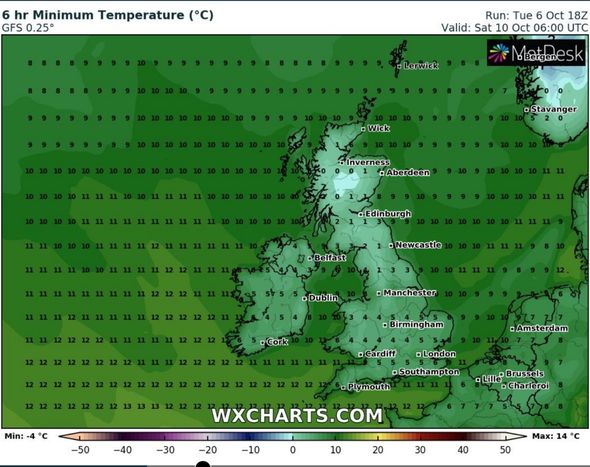 However, parts of the UK will see clearer skies today ahead of more rain that has been forecasted for the weekend.

But the conditions will not be much different in the rest of Europe as BBC Weather anticipates a “wet and windy” week ahead for the continent.

In a very short space of time “a lot of rain” is expected to fall over the continent, leading to a plunge in temperatures.

The forecast comes after “devastating flooding” scenes earlier this week in some areas of Italy and France.

BBC meteorologist Susan Powell has warned similar floods could take place in the Balkans on Wednesday.

On Tuesday, Ms Powell said: “This will produce a lot of rain in a short space of time.

“Ahead of that, to the east, temperatures will still be above average for Greece, Turkey and Romania on Wednesday.

“We will continue with some fine weather – 26 degrees in Bucharest. 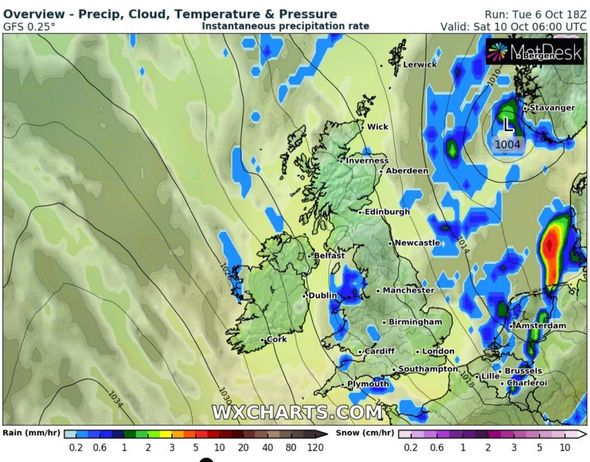 “As the rain comes down though, so will the temperatures across the Balkans.”

She added: “They’ll be generally on the cooler side across the northwest of Europe for the next few days.

“There’ll be some warmth and sunshine though for Iberia and the Balearics on Wednesday.

“If anything, conditions will perhaps settle down a little across central Europe on Thursday.

“The area of low pressure will push further eastwards.”