The Met Office is warning scores of people to be on their guard as a bout of heavy rain and strong gusts spread through the west from tomorrow morning (September 30). The forecaster has today put out a yellow weather warning for Central, Tayside and Fife, Grampian, Highlands and Eilean Siar, south west Scotland, Lothian Borders and Strathclyde. Forecasters are predicting accumulations of 20 to 30mm are likely within a few hours – with a chance of up to 40mm in one or two places, most likely across higher parts. The warning is in place from 8am to 3pm.

A statement from the Met Office said: “An area of heavy rain will spread from the west Friday morning. Accumulations of 20-30 mm are likely in a few hours with a chance of up to 40 mm in one or two places, chiefly across higher parts.

“Southerly winds will touch gale at times, with fallen leaves adding to the risk of flooding and possible disruption to transport.

“The rain is expected to clear to showers early to mid-afternoon.” People are told to expect difficult driving conditions and delays to public transport.

This warning is the only one that has been issued by the leading forecaster, despite much of the country set to be battered by stronger winds and torrential downpours. 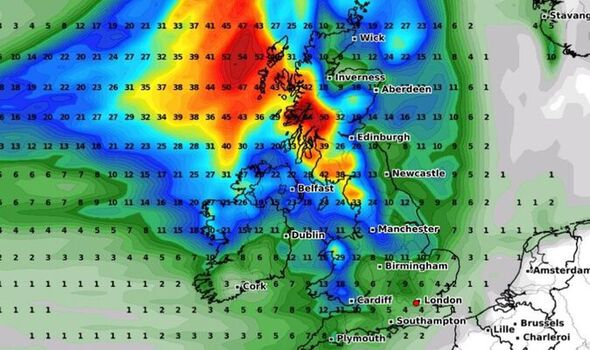 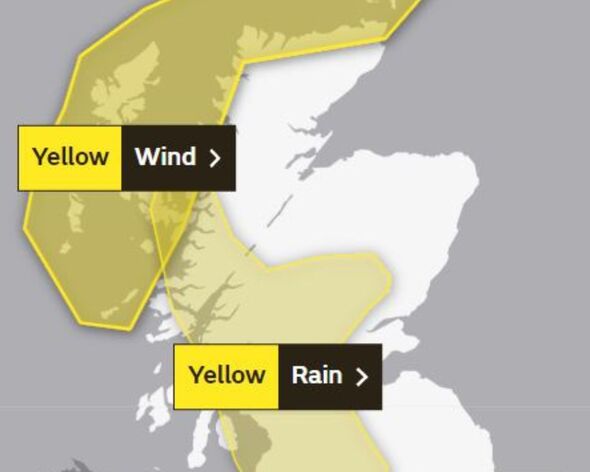 The Met Office is warning those who live in the areas under the warning that a spell of “very windy weather” is expected to batter the western and Northern Isles of Scotland.

Coastal routes, including sea fronts, and communities that are not land locked will probably be affected by spray and potentially large waves.

Among the precautionary measures set to be taken, it also says exposed routes and bridges may have to delay high-sided vehicles from using such routes. 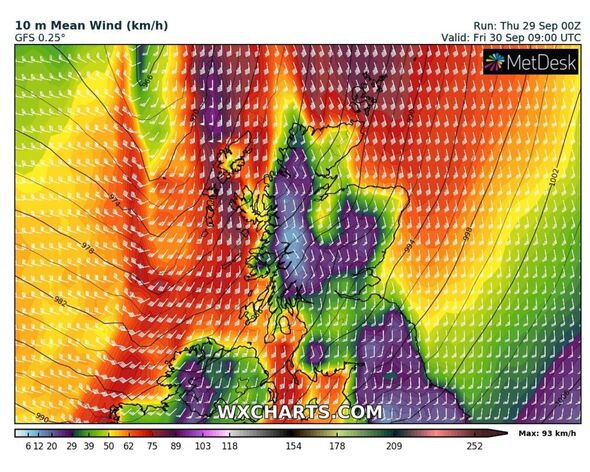 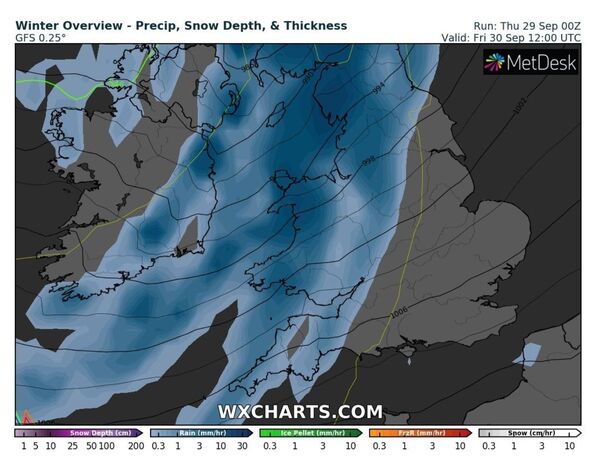 “A deep area of low pressure to the far north and northwest of Scotland will push active fronts across the UK on Friday,” the forecaster added.

“It will bring strong winds to the Western then Northern Isles of Scotland. The strongest winds are likely to be the southerlies ahead of the front, with gusts of 65 to 70 mph in coastal parts and perhaps 75 mph around the Northern Isles.”

Looking at the rest of the country tomorrow, deputy chief meteorologist at the Met Office, Chris Almond, said: “This will bring a much wetter and windier spell than we’ve seen so far this autumn, but nothing that is unusual for the time of year.

“The fast-moving system will bring strong gale force winds, locally in excess of 60mph, and heavy rain into the northwest before pushing quickly southeast through the day.”

“We could see some minor impacts, such as surface water flooding or minor wind damage, as well as some short-lived impacts on ferry crossings, especially in exposed areas of western Scotland and eastern areas of Northern Ireland.

“Later in the day, parts of southeast England could experience winds of around 55mph, which may impact the English Channel too.”