Once Storm Dennis dies down at the start of next week, parts of the UK are likely to see snowfall. Though that doesn’t mean the country won’t experience snow while the storm rages.

Will your area be affected by snow next week?

Snow has been forecast on higher ground in Scotland on Sunday.

A Windy.com map shows about 5mm of snow falling from 8pm onwards.

Currently, there are no Met Office weather warnings for snow in place next week. 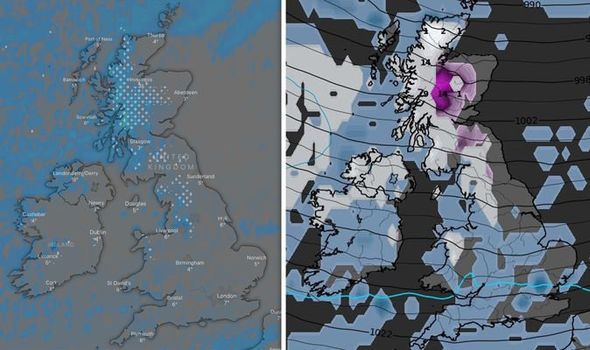 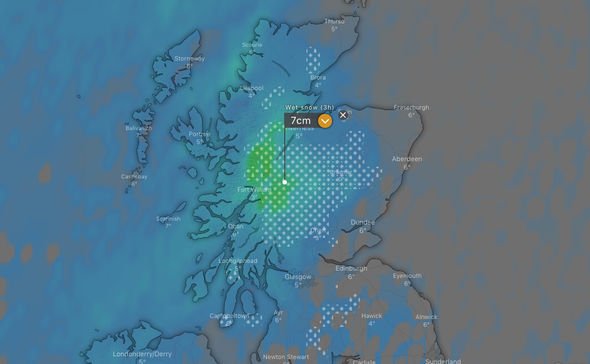 The latest forecast from the Met Office says: “For Monday to Wednesday, windy with sunshine and showers for all areas, the showers most frequent in the west with snow over northern hills.

They show an increased snow risk in the Scottish Highlands, as well as Cumbria, the North East, parts of the North West and Northern Ireland. 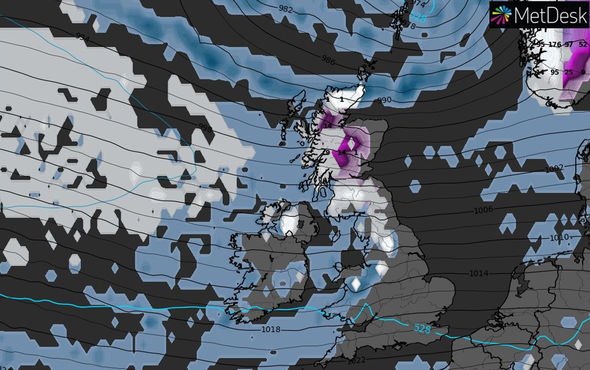 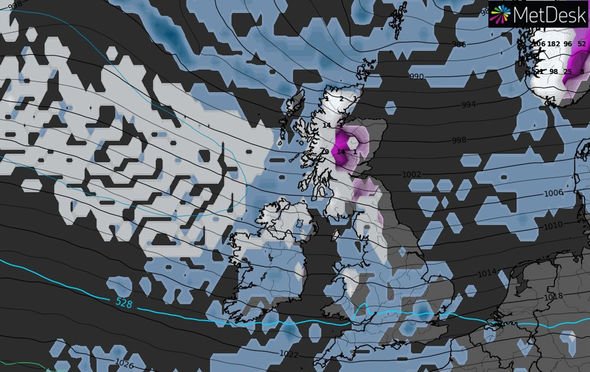 A weather map for Wednesday evening has forecast some freezing in the Highlands as temperatures there drop to around the 0C mark.

Looking further ahead, the Met Office said: “Unsettled and often windy conditions are expected to continue with areas of rain moving east across the UK interspersed with brighter, showery interludes. 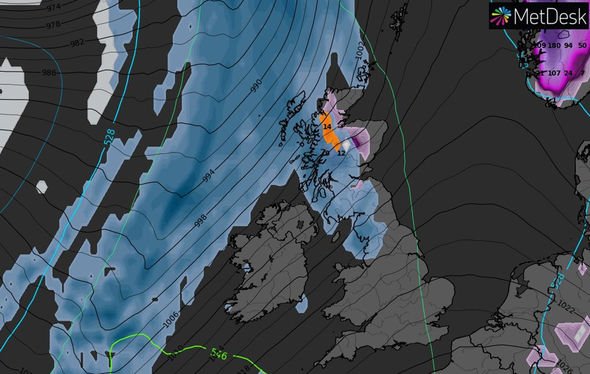 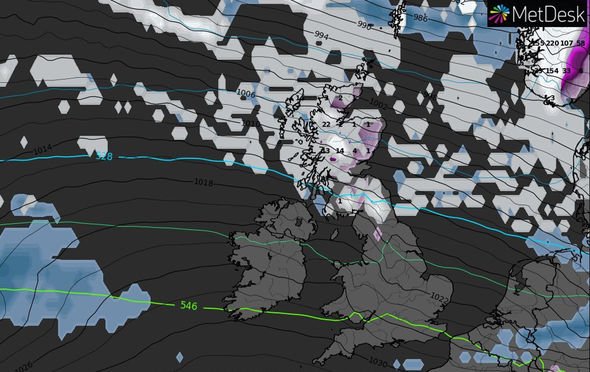 After becoming somewhat milder on Thursday next week, the snow risk increases once more on Friday.

WX Charts show the area at risk to be in Scotland and parts of the North West.

Saturday also looks like a frosty day with all of Scotland covered by the map’s snow risk graphic. 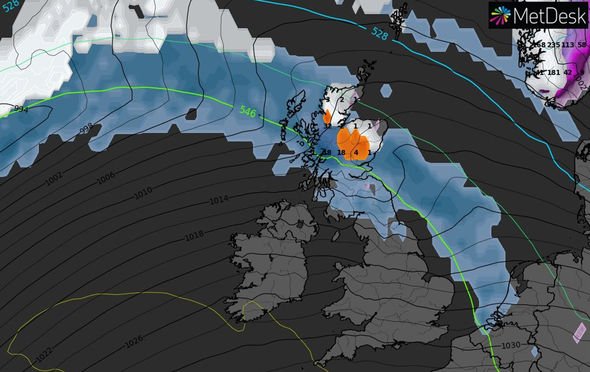 Another patch of freezing appears in Scotland next weekend.

Sunday looks to be a bitterly cold start north of the border, judging by the WX Charts map.

Temperatures there could drop to below 0C, even -1C.

However, they should increase throughout the day with the minimum temperature at 6pm predicted to be around 6C.