Storm Jorge was named by Spain’s meteorological service AEMET on Thursday. The latest storm to hit the UK will bring high winds and heavy rain to most of the country while one area will be snowed under.

Will your area be affected by snow this week?

There is one snow warning already in effect today.

The Met Office’s yellow alert is in place until 7pm on Friday when snow may lead to travel disruption over higher routes.

Roads and railways are likely to be affected, increasing journey times. 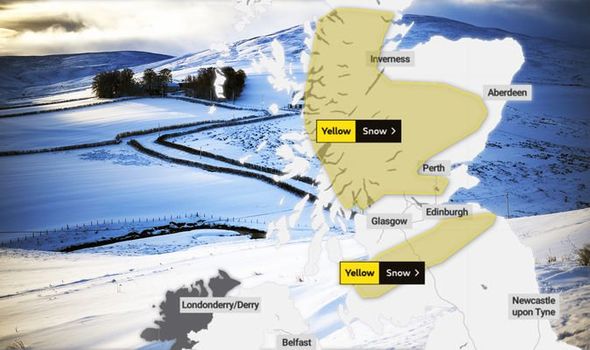 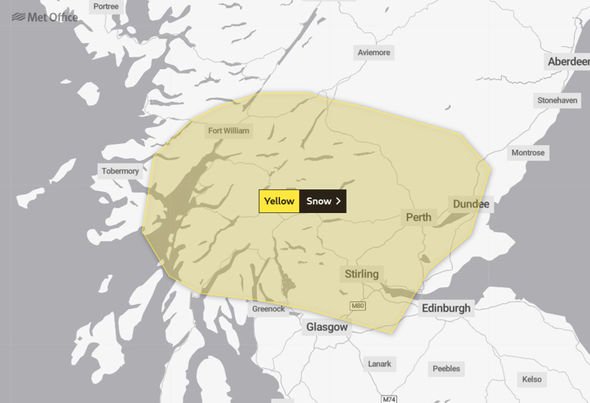 The Met Office said: “A band of rain and hill snow will move northeastwards this afternoon, turning heavier for a time.

“This is likely to bring snow to lower levels before dying out this evening.

“There may be a temporary slushy cover for a short time at lower levels.” 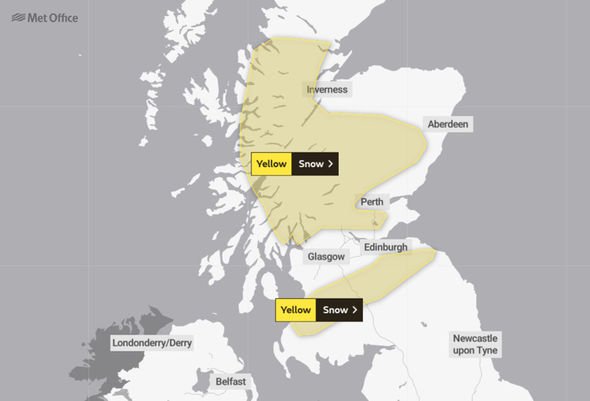 From 3pm on Saturday until midday on Monday, the Met Office has warned that persistent snow will lead to disruption to road, bus and train journeys with higher routes potentially being impassable.

The Met Office said: “There is a small chance that vehicles and passengers could become stranded on the higher trunk routes north of the Central Belt of Scotland.

“Rain and hill snow is expected to arrive from the south-west later on Saturday, the area gradually drifting northwards through Saturday night, Sunday and into Monday.

“In some places this will be accompanied by gales, which will generate blizzard conditions.”

The largest snowfall will happen in areas above 1,300ft where between eight and 12 inches could build up.

Around 800ft, accumulations of four inches could occur but the Met Office says these would be more temporary.

The Met Office said: “Some uncertainty remains over precisely where the focus of the heaviest snow will be.

“And uncertainty also increases in the details of various areas of snow later into the weekend and early next week.” 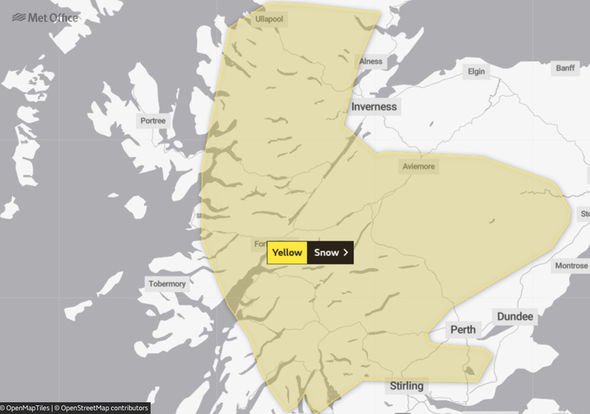 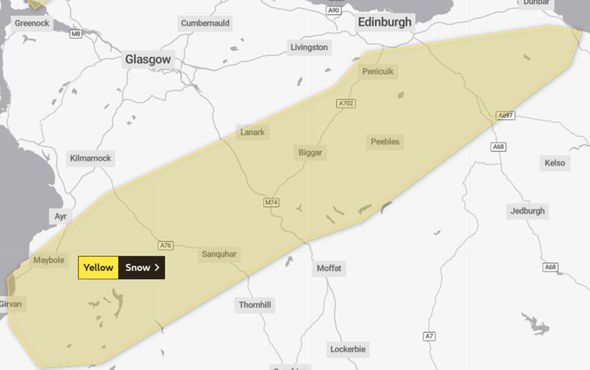 The UK is braced for a wet and windy weekend thanks to Storm Jorge’s arrival.

Chief Meteorologist at the Met Office, Frank Saunders, said: “From Saturday Storm Jorge will bring strong winds and heavy rain to parts of the UK, with potentially heavy snowfall being a hazard for parts of Scotland.

“On Saturday and Sunday, the majority of the UK is covered by yellow weather warnings with some areas being covered by more than one warning, indicating multiple weather hazards.”

He added: “Storm Jorge is not expected to bring wind gusts as strong as Storms Ciara or Dennis, but it will still bring gusts of 60 to 70mph in some exposed locations during the warning period, which ends at midday on Sunday.

“But it’s worth saying that parts of the south and east of the UK, once the rain clears early on Saturday, should often be bright, windy and cold over the weekend.”