In the wake of Storm Dennis conditions across the UK have remained unsettled, with Met Office weather warnings in place. Both wind and rain will hit the UK over the next four days, with warnings spanning from Wednesday to Saturday.

“Although the forecast for the next few days indicates that conditions won’t be as severe, any additional rainfall could create further challenges as river catchments are more likely to respond to extra rainfall more quickly.

Hail and thunder are also likely according to the Met Office, alongside hill snow in the northern areas of Britain. 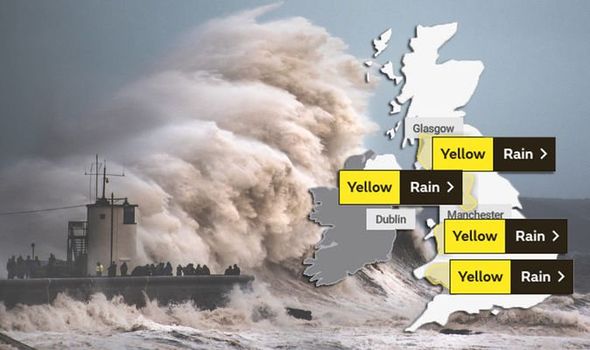 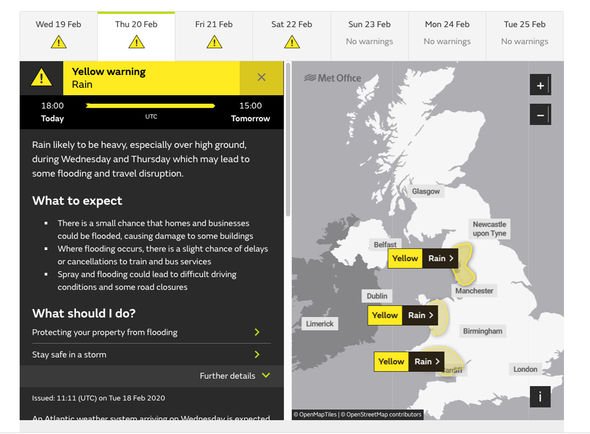 A Met Office yellow warning for rain is in place until 11am on Thursday across SW Scotland, Lothian Borders and Strathclyde.

The weather forecasters warn: “Rain is expected to become persistent and occasionally heavy across parts of southern Scotland during Wednesday afternoon.

“The rain will slowly clear from the northwest on Thursday morning. 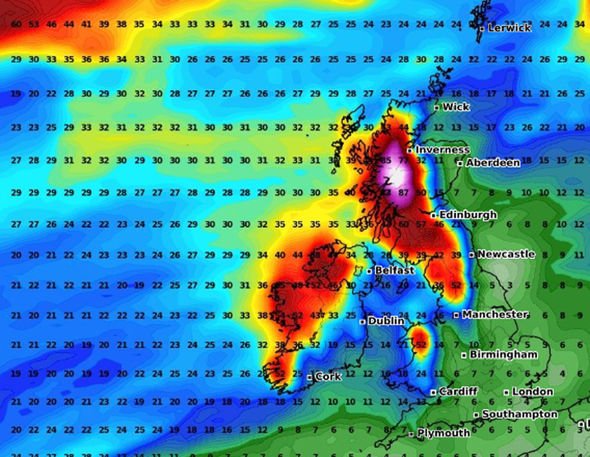 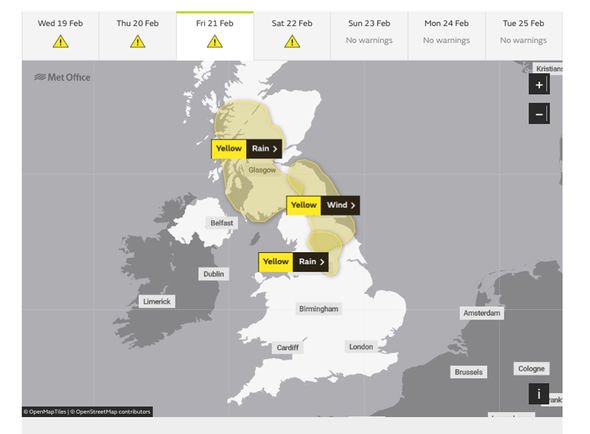 “Accumulations of 1.18 to 1.57 inches (30 to 40mm) are expected over high ground, especially across Galloway and the western Borders.

“Combined with existing saturated ground this may lead to some local flooding.”

Another warning for rain is in place from 6pm on Wednesday until 3pm on Thursday for Blackburn with Darwen, Cumbria and Lancashire.

DON’T MISS
The REAL reason behind severe flooding – why it could get more EXTREME [INSIGHT]
UK floods: What to do if YOUR home was damaged – latest advice [ANALYSIS]
UK snow map: Snow forecast to SWEEP across Britain THIS WEEK [MAP]

A further rain warning is in place from 3pm on Wednesday until 2pm on Thursday for Wales, with again between 2.75 and 3.93 inches (70 and 100mm) possible.

On Friday, there is another rain warning in place this time for Central, Tayside & Fife, Highlands and Eilean Siar, SW Scotland and Lothian Borders and Strathclyde.

The warning comes into effect at 6am on Friday and remains in place until 9pm the same day.

The Met Office warns: “Persistent and sometimes heavy rain is expected across the western and central Highlands along with southern Scotland on Friday. 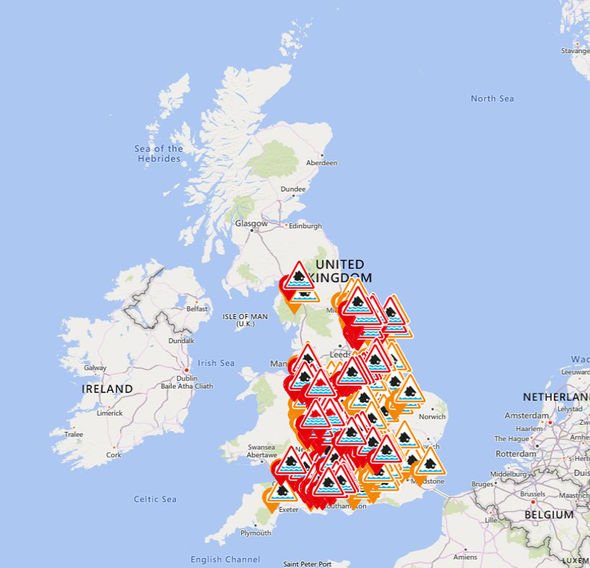 “Drier conditions will extend from the northwest through the evening.”

Yorkshire and Humber are also under a rain warning from 12pm on Friday until 6am on Saturday.

This warns of rainfall of 2.36 to 3.14 inches (60 to 80mm) with the risk of already saturated areas facing more flooding.

Spray and flooding could lead to difficult driving conditions and some road closures.

A wind warning is also in place on Friday, with strong and gusty west to southwesterly winds expected across northeast England and parts of southeast Scotland during Friday.

Gusts are forecast to reach 55 to 65mph in places.

The wind warning is for North East England, SW Scotland, Lothian Borders and Yorkshire and Humber.