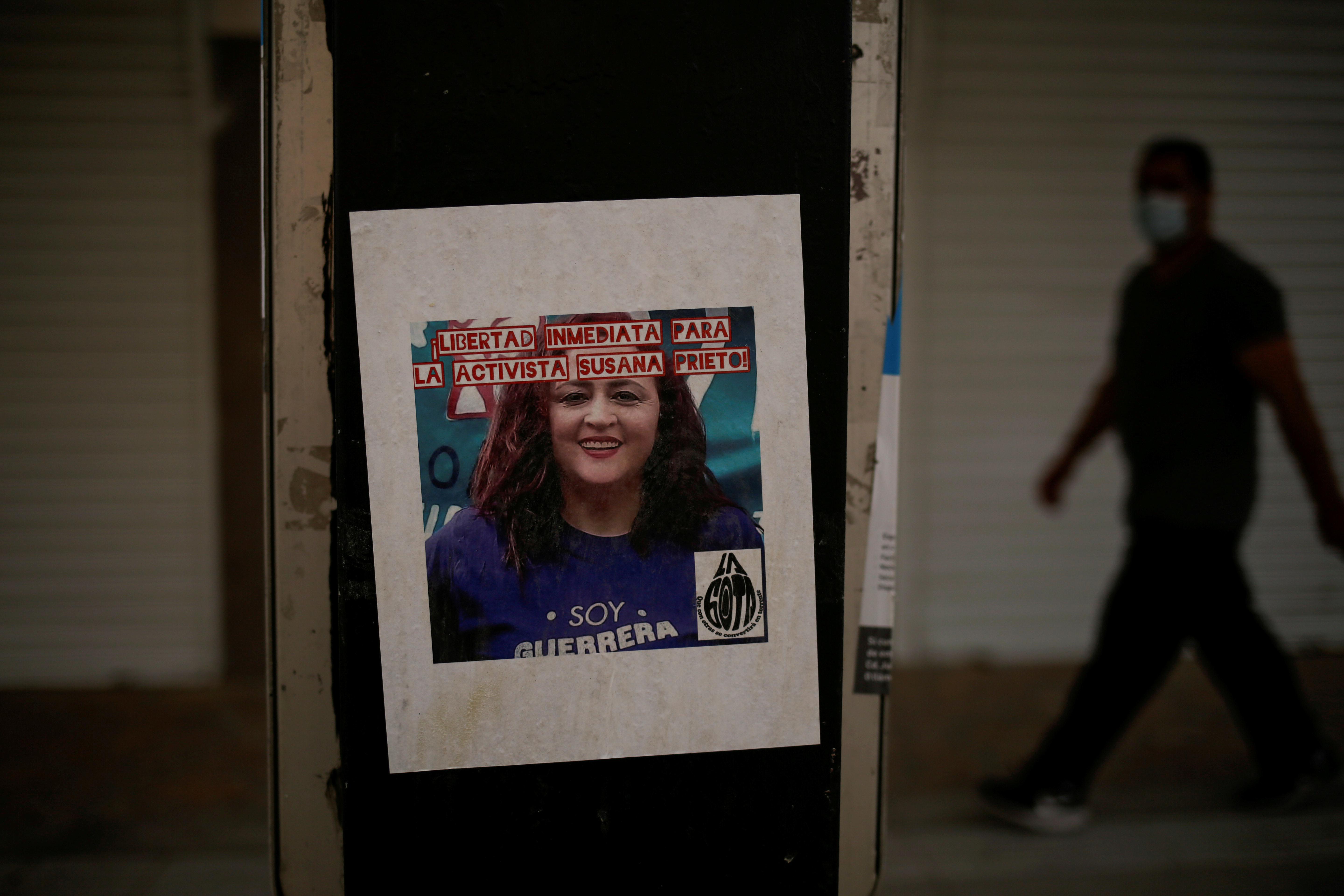 MEXICO CITY (Reuters) – Mexican labor attorney and independent union leader Susana Prieto was released from jail on Wednesday after her arrest nearly a month ago on charges of inciting violence at a workers protest, state prosecutors said.

A judge’s order for her release came hours after the July 1 start of the United States-Mexico-Canada Agreement (USMCA) trade deal, according a statement from the attorney general’s office of the northern border state of Tamaulipas.

Prieto’s release was contingent on her paying 66,000 pesos ($2,911) for damages and her agreement to not travel abroad for the next 30 months, the statement said. She was also ordered to reside at her home in nearby Chihuahua state.

Prieto is still charged with crimes against public servants, including threats and inciting a riot linked to a worker protest outside a labor board in the city of Matamoros last March.

She has denied the charges.

U.S. union leaders and Democratic lawmakers had called for her release ahead of the start of the new regional trade deal, fearing her detention was a warning sign of Mexico’s challenges in meeting its labor obligations.

One of the USMCA’s central aims is to improve labor rights and union independence in Mexico.