Intense clashes between the German riot police and protestors were caught on video by protestors during the overnight standoff. Scuffles broke out on Friday night as riot police aggressively pushed back against the rabble of protestors. During the tussles with police, some protestors took to waving flags and throwing firecrackers.

Many protestors can be seen filming the riot police to ensure any acts of police brutality are caught on video.

Protestors have claimed the conference is a “meeting of war strategists” where weapon manufacturers negotiate deals, German local media has reported.

More than 35 heads of state or governments have gathered at the 2020 Munich Security Conference in addition to over 100 foreign and defence ministers.

US Secretary of State Mike Pompeo, French President Emmanuel Macron and Iranian Foreign Minister Mohammad Javad Zarif are among the leaders expected to speak at the event. 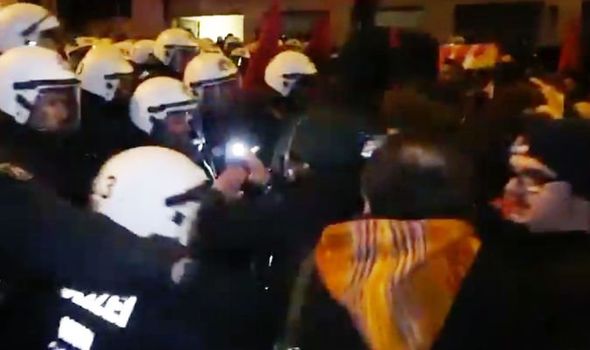 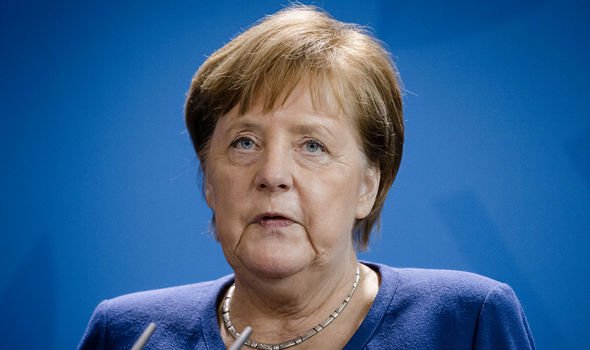 This year’s theme of “Westlessness” was a point raised by the organisers who have been left uneasy about the values and political course of the West.

Last year, German Chancellor Angela Merkel clashed with US Vice President Mike Pence over the Iran nuclear deal and rejected US pressure for Europe to pull out of the nuclear agreement.

Ms Merkel will not be attending the conference this year with Foreign Minister Heiko Maas instead representing Germany.

European security is expected to be a hot topic during the conference in addition to geopolitical issues such as conflicts and tensions in the Middle East. 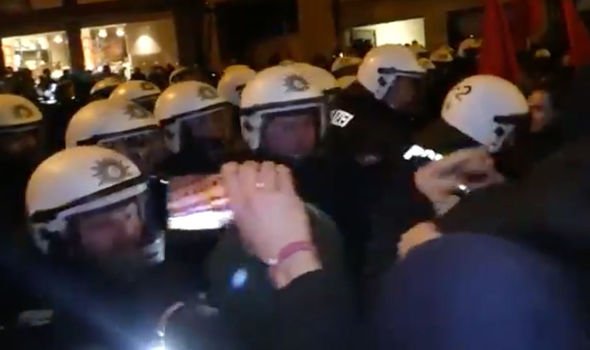 United States Secretary of State Mike Pompeo issued a dire warning to Europe and its leaders on the consequences of working with Chinese firm Huawei.

He said: “ Huawei and other Chinese state-backed tech companies are Trojan horses for Chinese intelligence.

“Developing our own secure 5G networks will outweigh any perceived gains from partnering with heavily subsidised Chinese providers that answer to party leadership.” 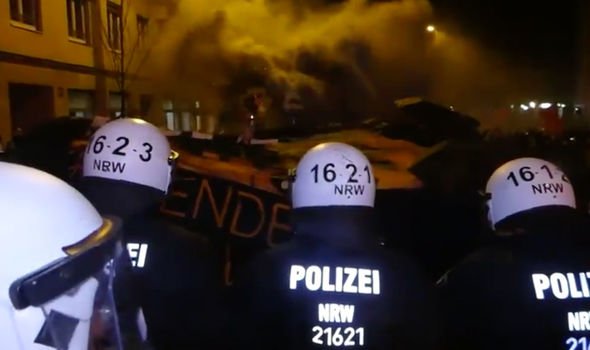 Huawei has acknowledged that it receives “some policy support from the Chinese government,” but insists that it does not receive any “additional or special treatment” from Beijing.

President Donald Trump formally banned Huawei tech from the US market in May 2019.

Since then, Washington has lobbied its European allies to cut ties with Huawei and ban the company from helping develop their 5G networks.