Professor Michael Clarke discussed speculation that Russian President Vladimir Putin may be using steroids. Professor Clarke explained how his own Russian citizens still do not know for certain whether Putin is healthy or hiding a disease. He discussed speculations around Putin’s use of facial botox in order to try and look young as he labelled the Russian dictator “neurotic” and a “hypochondriac”.

LBC presenter Nick Ferrari said: “What do we know about his state of health Professor?”

Prof Clarke replied: “Well, we know that there have been rumours for a long time, but nobody knows… I think in Russia nobody knows if he is ill at all or if he’s just suffering the general strains of age.”

“But we do know, I mean I think there’s a fair amount of evidence, that he has used botox a lot for years, I mean there have been stories about that for a long time.

“And he certainly looks as though he does, as a man who is 70 with a very smooth face, that’s why people think that he may be on steroids because it’s plumped up his face more than you might imagine, compared to photos of him a few years ago. 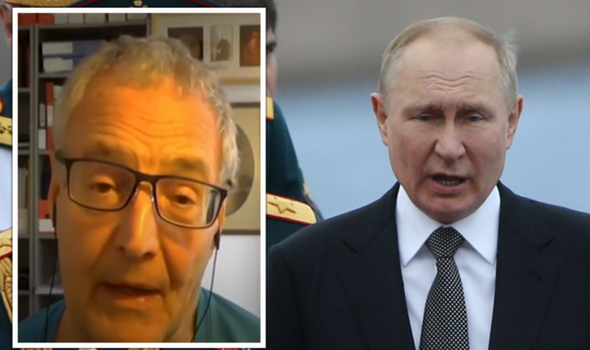 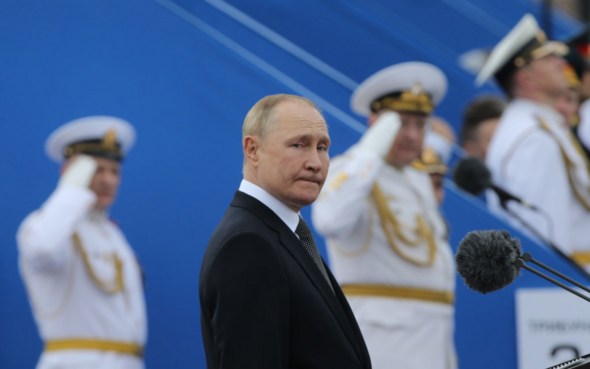 Mr Ferrari added: “Can I also say, he’s quite a vain man… I remind you of when he posed with his shirt off, on top of a horse, carrying what I believe to be a Kalashnikov.

“I don’t know anything about guns… He’s quite a vain bloke isn’t he Professor?”

Prof Clarke said: “This man’s role before he became Prime Minister and then President, he was a regional KGB Chief, not even in East Germany not even in Berlin.

Putin appears to not use right arm during museum tour

“He was in Dresden, he was a small tome KGB Chief and he came from a small-time Mafia background in Russia.

“I mean he’s a small-time criminal, that’s what he is in background, and of course, he’s extremely vain, he’s very thin-skinned.”

Man political and medical experts have been speculating about Putin’s current state of health since before the full-scale Russian invasion of Ukraine.

And there concerns ramped up in recent weeks due to video footage of Putin limping and struggling to use his right arm circulated. 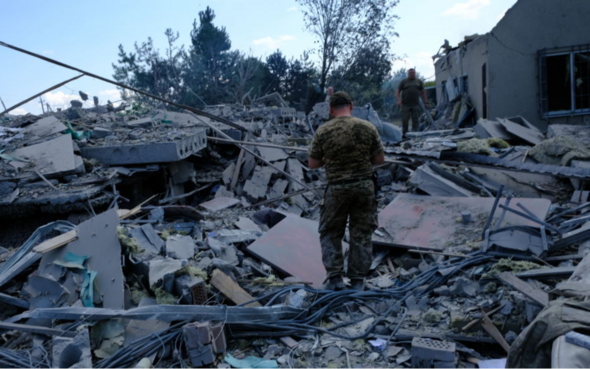 Putin has been comparing himself to Peter the Great and other domineering historical figures from the past.

Due to the use of such historical references, other experts have claimed that Putin has invaded Ukraine in order to try and recreate previous historical times when Russia ruled over neighbouring nations.

Prof Clarke previously said: “When you see him in these clips that we’re seeing increasingly frequently now that COVID is over and he’s now coming out of the shadows, where he’s been for over two years, and he’s making it clear that he’s in control – he looks alright.

“He moves around with doctors, there’s known to be a little team of doctors who are never far away, and it’s said that he leaves meetings at frequent intervals to go and consult with somebody.

“I suspect that he’s only a hypochondriac, to be honest.”