AZAZ, Syria (Reuters) – Abu Abdallah has been on the road for days. After his family fled the air strikes pounding Idlib, they moved from one village to another in northwest Syria but have yet to find refuge. 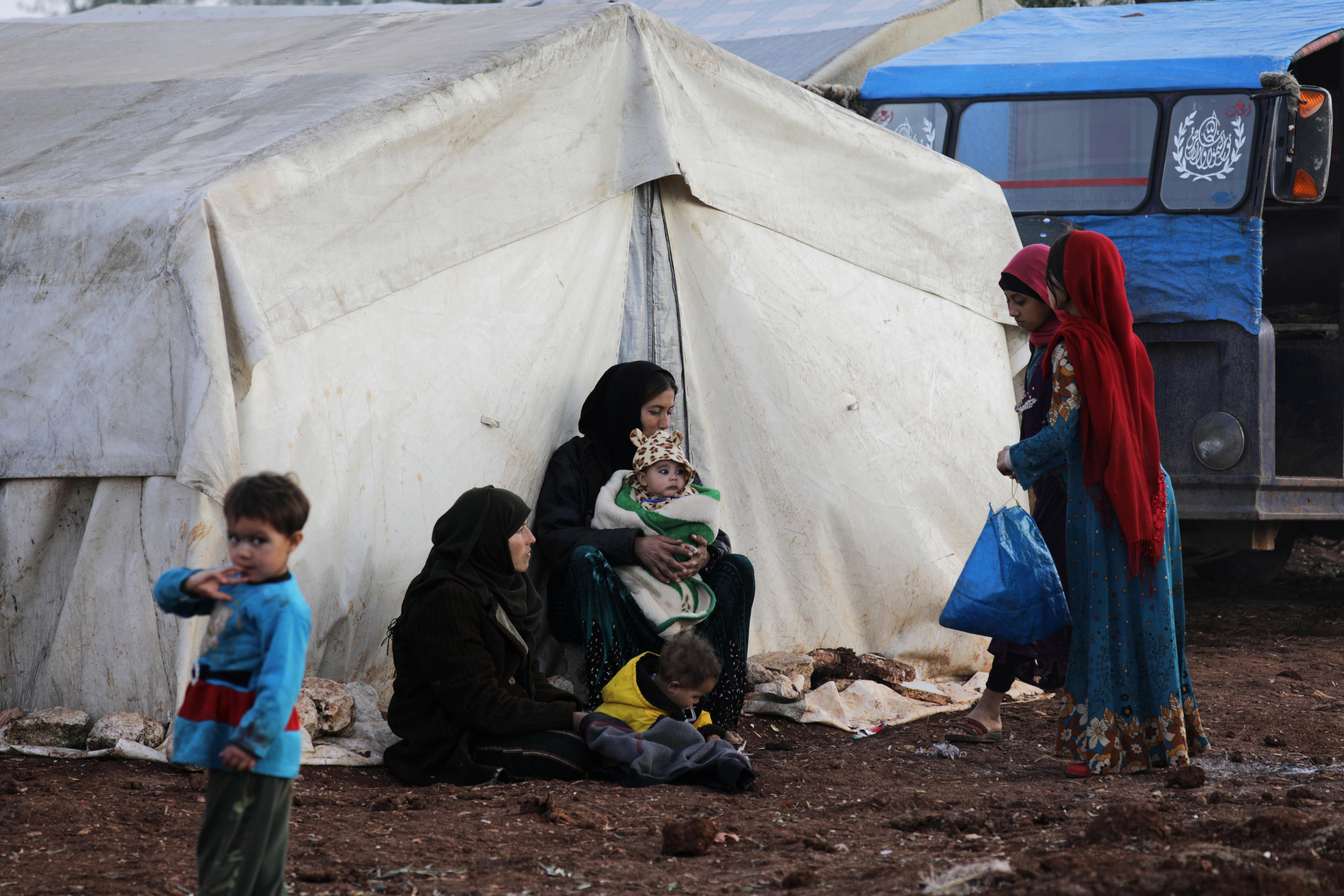 “I don’t know where to take them,” the 49-year-old farmer said from his tractor on the side of a road in Azaz town, where he is stranded with his wife, four children and 20 other relatives. “This is the first time I flee my hometown. God knows where we will go.”

The family is part of the biggest exodus of Syria’s nine-year war.

Nearly a million people, mostly women and children, are trying to escape the latest wave of violence in the Idlib region, overwhelming aid agencies.

Many have nowhere to go, trapped between the fighting and the closed-off Turkish border. Families sleep outside in streets and olive groves, burning garbage to stay warm. Some children have died from the cold.

Some of the people fleeing Idlib have already been displaced more than once, after fleeing battles in other parts of Syria earlier in the conflict.

The United Nations said on Tuesday that government warplanes had struck hospitals and refugee camps as the Syrian army, with Russian backing, gains ground in the northwest, the country’s last rebel stronghold.

Before she escaped Idlib in recent days, Aziza Hadaja, 70, locked her front door.

It is the third time she has been uprooted, but in the past, she would go back home. This time, after government forces marched into her village, she does not know when or if she will return.

Along with her children and grandchildren, Hadaja is now sheltering in a makeshift tent in a field on the road out of Azaz further north.

“We came out with the clothes on our backs,” she said. “We didn’t bring a thing.”