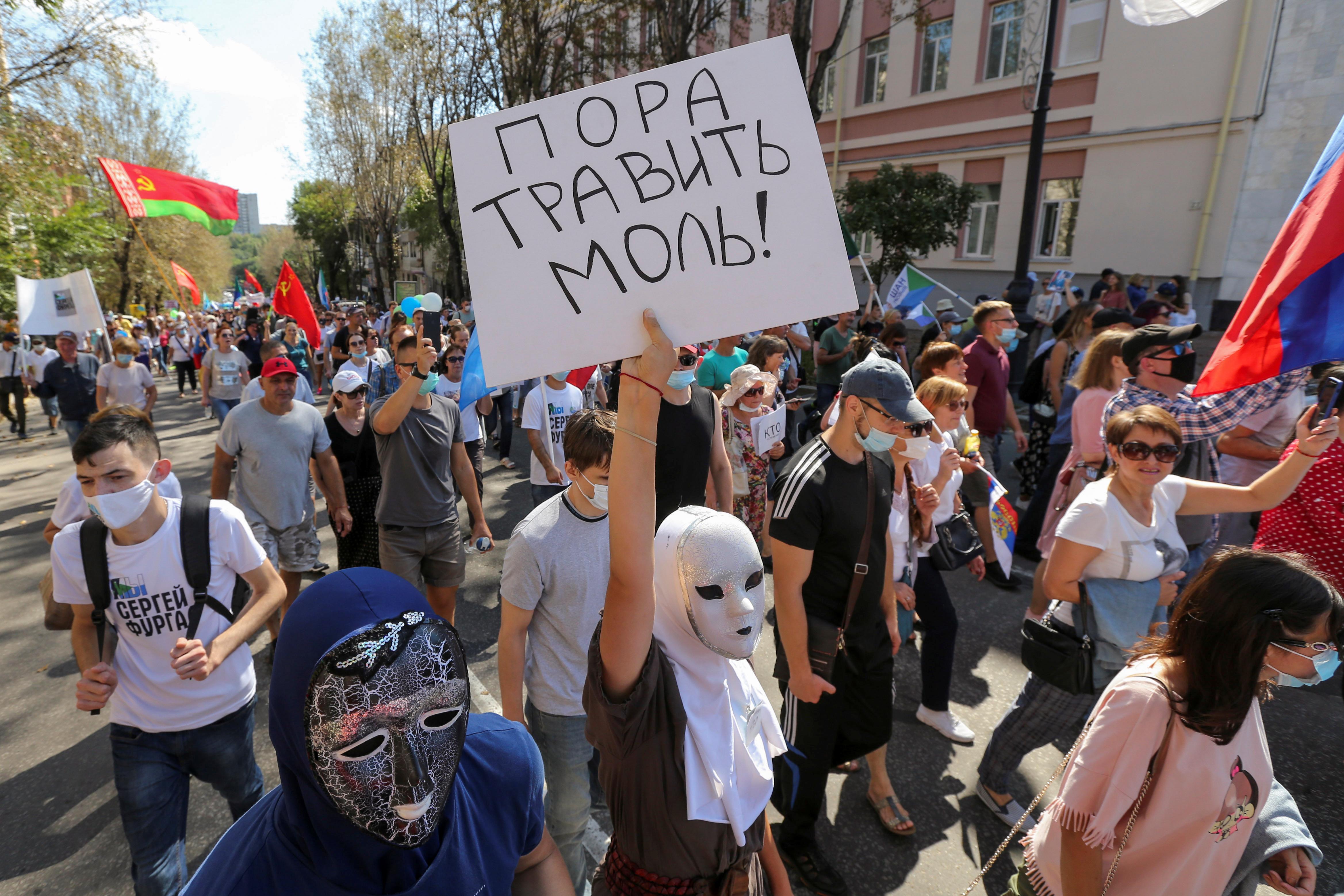 MOSCOW (Reuters) – Weekly rallies against the Kremlin in Russia’s Far East showed no sign of ending after nearly two months, with around 10,000 people taking to the streets on Saturday in one of the longest-lasting movements of provincial discontent of the Putin era.

Though mainly focused on a provincial political crisis in the Khabarovsk region more than 6000 km (3700 miles) east of Moscow, demonstrations have also seen support for suspected poison victim Alexei Navalny and opposition protests in Belarus.

Residents of Khabarovsk started holding weekly rallies after the July 9 detention of Sergei Furgal, the region’s popular governor, over murder charges he denies. His supporters say the detention is politically motivated.

The Khabarovsk demonstrations are one of the longest sustained expressions of discontent with the Kremlin, outside of Moscow, during President Vladimir Putin’s 21 years in power.

One protester on Sunday carried a placard accusing Putin of “coming to Furgal with handcuffs, to Navalny with poison”. Navalny, an anti-corruption campaigner, is being treated in Germany for what medics there say was poisoning with a nerve agent in Russia. Moscow says it has seen no evidence he was poisoned.

Some of the protesters in Khabarovsk carried the red and white flag that protesters in Belarus are using to signal their opposition to Moscow-backed leader Alexander Lukashenko.