SEOUL (Reuters) – North Korea said the United States will not drop its hostile policy even though their two leaders have a “special relationship”, state media KCNA said on Monday. 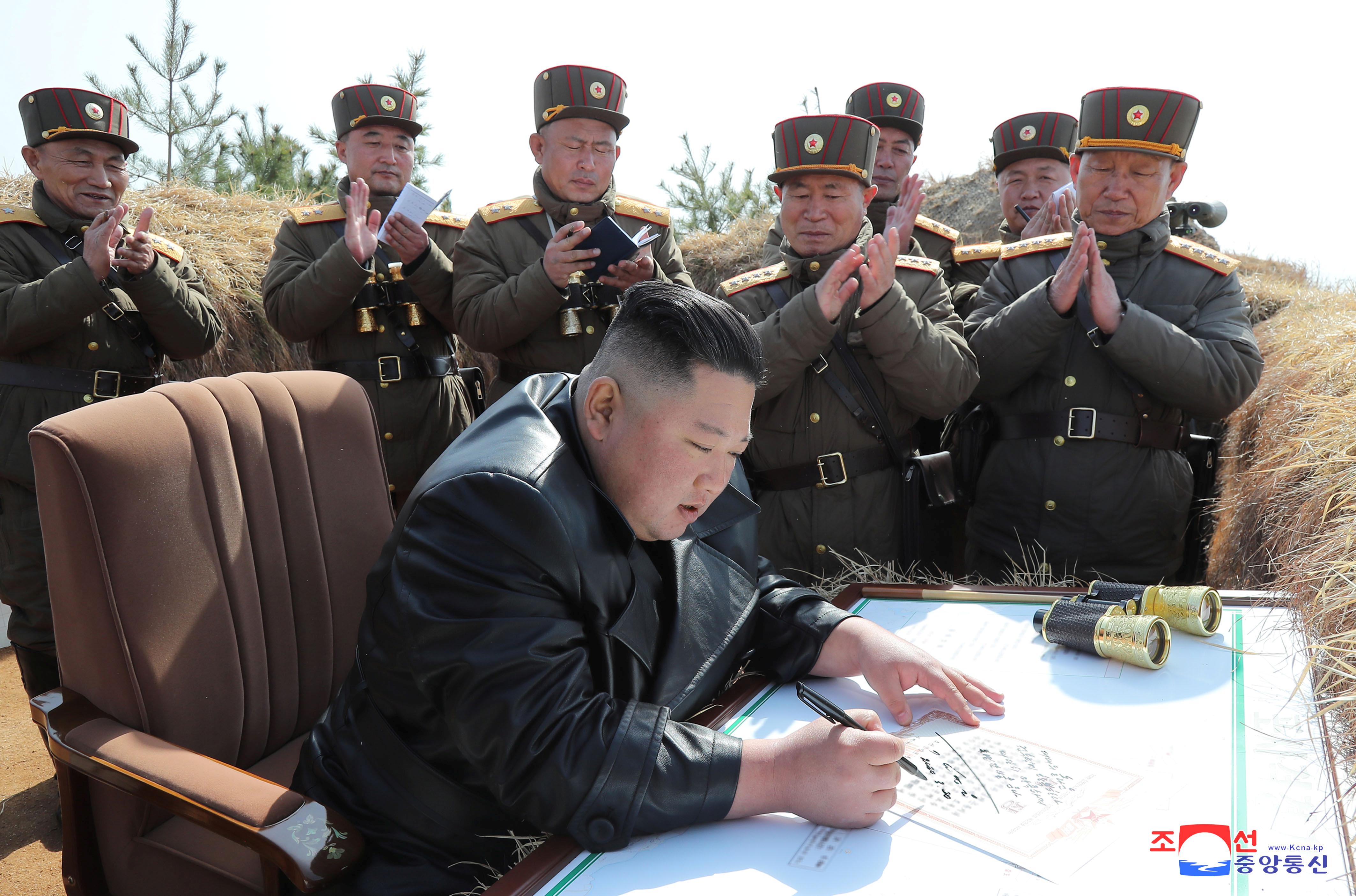 A North Korean official said in the statement U.S. Secretary of State Mike Pompeo was undermining North Korea’s willingness to return to dialogue, criticizing his recent remarks on sanctions on North Korea.

Pompeo had said after a teleconference with G7 foreign ministers last week that all nations must remain united in calling for North Korea to return to negotiations and applying diplomatic and economic pressure over its nuclear and ballistic missile programs.

“The world would not know why the U.S.-North Korea relations continue to get tangled up, despite the special relationship between the leaders of North Korea and United States,” KCNA said.

North Korea said on March 22 it welcomed a letter from U.S. President Donald Trump to North Korean leader Kim Jong Un as a sign of “the special and very firm personal relations” between the two leaders despite recent frictions.

KCNA said the U.S. president had written in the letter he was impressed by the North Korean leader’s efforts to defend his people from the coronavirus.

KCNA said earlier on Monday that North Korea’s latest test of super-large multiple rocket launchers a day earlier had been a success.

North Korea fired what appeared to be two short-range ballistic missiles off its east coast on Sunday, the latest in a flurry of launches that South Korea decried as “inappropriate” amid the coronavirus pandemic.

KCNA said the launch was aimed at examining the strategic and technical features of the launchers, which has been tested multiple times since last August overseen by leader Kim Jong Un, ahead of deployment.

KCNA did not mention Kim’s attendance at the latest test, led by ruling party vice chairman Ri Pyong Chol and conducted at the Academy of National Defense Science.

“The operational deployment of the weapon system of super-large multiple rocket launchers is a crucial work of very great significance in realizing the party’s new strategic intention for national defense,” Ri was quoted as saying during the test, without elaborating.

It marked the fourth round of tests this month since North Korea staged military drills and resumed missile launches following a three-month break.

The move indicated the progress of Pyongyang’s weapons development while denuclearization negotiations with the United States remain in limbo.