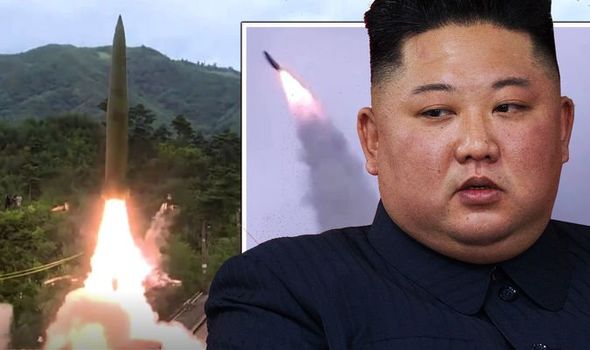 The confirmatin came hours after South Korea’s military announced the launch towards the sea off its east coast on Tuesday with referring to it being a hypersonic weapon, as Pyongyang called on the United States and South Korea to scrap their “double standards” on weapons programmes to restart talks. The missile was launched from the central north province of Jagang at around 6:40 a.m. (2140 GMT), the South’s Joint Chiefs of Staff said.

Japan’s defence ministry initially said it appeared to be a ballistic missile, without elaborating.

The latest test underscored the steady development of North Korea’s weapons systems, raising the stakes for stalled talks aimed at dismantling its nuclear and ballistic missile arsenals in return for US sanctions relief.

The launch came just before North Korea’s ambassador to the United Nations urged the United States to give up its hostile policy towards Pyongyang and said no one could deny his country’s right to self defence and to test weapons.

Defence ministry spokesman Boo Seung-chan told a briefing: “We regret that the missile was fired at a time when it was very important to stabilise the situation of the Korean peninsula.”

At the U.N. General Assembly, North Korea’s U.N. envoy, Kim Song, said the country was shoring up its self-defence and if the United States dropped its hostile policy and “double standards,” it would respond “willingly at any time” to offers to talks.

Kim said: “But it is our judgment that there is no prospect at the present stage for the U.S. to really withdraw its hostile policy.”

Referring to a call by Moon last week for a formal end to the 1950-53 Korean War, Kim said Washington needed to permanently stop joint military exercises with South Korea and remove “all kinds of strategic weapons” on and around the peninsula.