North Korean leader expected to arrive on February 25 or 26, amid tight security measures. 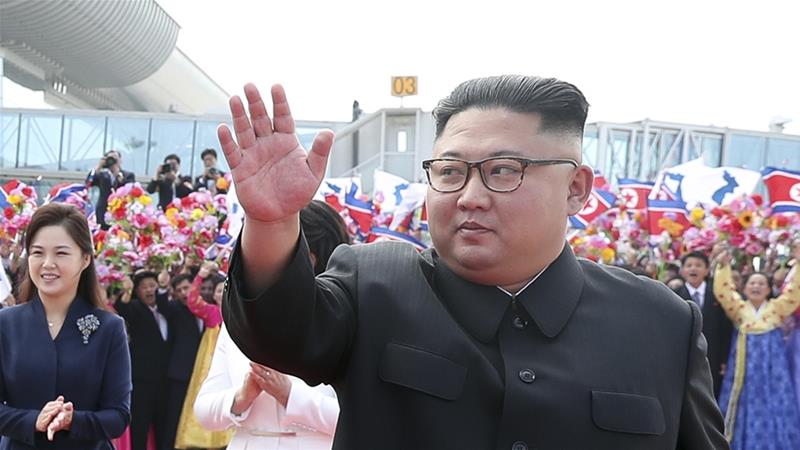 North Korean leader Kim Jong Un will soon make an official visit to Vietnam, officials announced on Saturday, as Hanoi prepares to host Kim and US President Donald Trump for a summit next week.

“Kim Jong Un will pay an official visit to Vietnam in the coming days,” Vietnam’s foreign ministry said Saturday on its Facebook page.

Kim is visiting at the invitation of Nguyen Phu Trong, the president and general secretary of the ruling Communist Party, the ministry said in a statement, but gave no further details.

While the ministry did not specify when the visit would take place, several sources told AFP news agency on Friday that Kim was expected to arrive late on February 25 or February 26.

Kim and Trump will meet on February 27 and 28, the second summit between the two leaders aimed at dismantling North Korea’s nuclear arsenal.

Their first summit last year produced a vaguely-worded commitment for Pyongyang to denuclearise, and observers are hoping the follow-up meeting will produce concrete outcomes.

Kim is expected to travel to Vietnam by train, stopping at the Dong Dang train station near the China border before making the 170km journey to Hanoi by car.

Hanoi is taking the unprecedented move of blocking all traffic along the road from 6:00am until 2:00pm local time on February 26, state media reported Friday, suggesting Kim will travel along the normally busy highway.

Vietnam has beefed up security at the Dong Dang station and along the road leading to Hanoi, according to AFP reporters at the scene who saw scores of armed guards in the area on Saturday.

This will be Kim’s inaugural visit to Vietnam, and the first time a North Korean leader has travelled to the country since his grandfather Kim Il Sung’s trip in 1964.

Kim is expected to tack on a visit to Quang Ninh and Bac Ninh provinces, home to several industrial zones, sources told AFP. Bac Ninh is home to a Samsung factory, a major South Korean investor and leading exporter from Vietnam.

North Korea’s state media has yet to confirm either Kim’s trip to Vietnam or his summit with Trump.