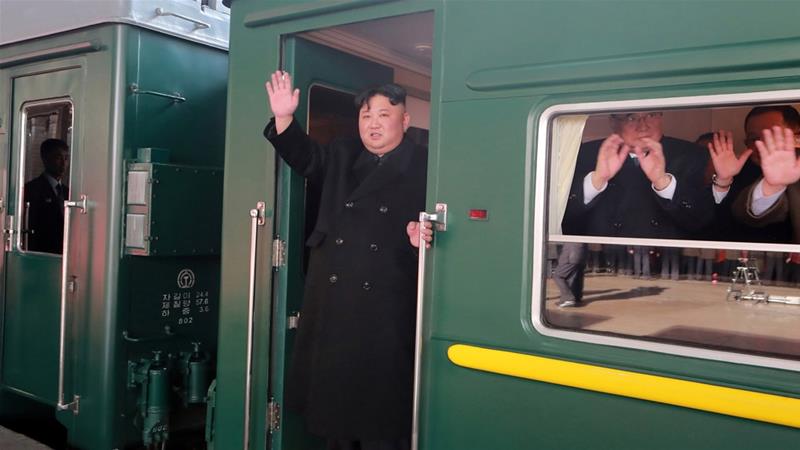 North Korean leader Kim Jong Un’s armoured train has arrived in China in advance of the second summit with US President Donald Trump in Vietnam, according to media reports.

The train arrived in the border city of Dandong after 9pm local time (13:00 GMT) on Saturday, according to South Korea’s Yonhap news agency and the specialist outlet NK News, though it was not known whether Kim was on board.

The train’s crossing into China follows days of speculation over Kim’s travel plans, which remain shrouded in secrecy, as his team gathered in Hanoi before the talks expected next Wednesday and Thursday.

The Vietnamese foreign ministry announced on Saturday Kim would “pay an official visit in the coming days”, before the summit, although no details were released.

North Korea’s state media has yet to confirm either Kim’s trip to Vietnam or his summit with Trump.

Security was tight before the train’s arrival in China, with police cordoning off the riverfront about 100 metres from the bridge with tape and metal barriers.

Guests at a hotel facing the rail bridge from North Korea were suddenly asked to leave on Friday and told it was closed on Saturday for impromptu renovations.

“The train is long and crossed the bridge slower than the tourist train, but its definitely him, there’s a lot of police presence,” an unidentified source told NK News.

Windows on the train were blacked out, the source said, with only headlights turned on as it crossed.

Several sources told the AFP news agency that Kim was expected to arrive in Vietnam by train, stopping at the Dong Dang train station near the China border, then driving to Hanoi.

On Saturday soldiers were deployed to Dong Dang station and along the road to the capital, according to AFP reporters at the scene.

Vietnam had already announced the unprecedented move of closing that 170-kilometre stretch of road on Tuesday between 6:00 am and 2:00 pm, suggesting Kim could travel on the road between those hours.

Another option for Kim would be to take the train to Beijing and catch a plane to the Vietnamese capital.

If the train does trundle all the way to Hanoi carrying the North Korean leader, it will mean a nearly 4,000-km, 60-hour journey on board for Kim.

On Kim’s last rail trip in January, he travelled to Beijing with his entourage in an olive-green train emblazoned with a yellow stripe.

The engine and carriages appeared similar, possibly identical, to the train Kim used the previous year to travel to the Chinese capital for his first overseas visit.

China has one of the most extensive railway systems in the world, with 130,000km of tracks, enough infrastructure to circle the Earth three times.

Still, a journey from China’s frozen northern border to subtropical Vietnam would present a logistical headache and complex security challenges.

“The best route is the Beijing-Guangzhou line,” said Zhao Jian, who studies China’s railway system at Beijing Jiaotong University, describing a route that would see Kim travel straight down to southern China, before heading west into Guangxi province, which borders Vietnam.

Justin Hastings, associate professor in international relations at the University of Sydney, said that would be “a pretty major operation”.

But China may view the hassle as a necessary cost to get Kim to the summit, he told AFP.

“China wants North Korea to make some steps to denuclearise as much as anyone else.” 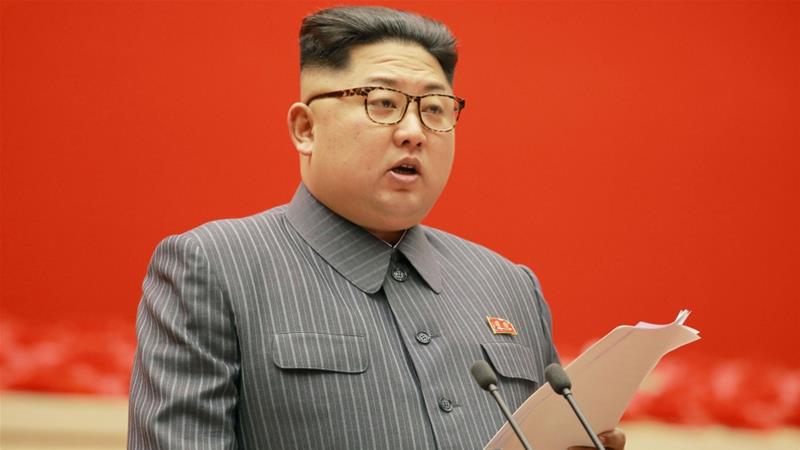 Is North Korea’s timeline to denuclearise for real?