BRASILIA (Reuters) – Brazilian President Jair Bolsonaro said in an April cabinet meeting that he needed to change Rio de Janeiro’s chief of the federal police to protect family members under investigation, a person with knowledge of a video of the meeting told Reuters. 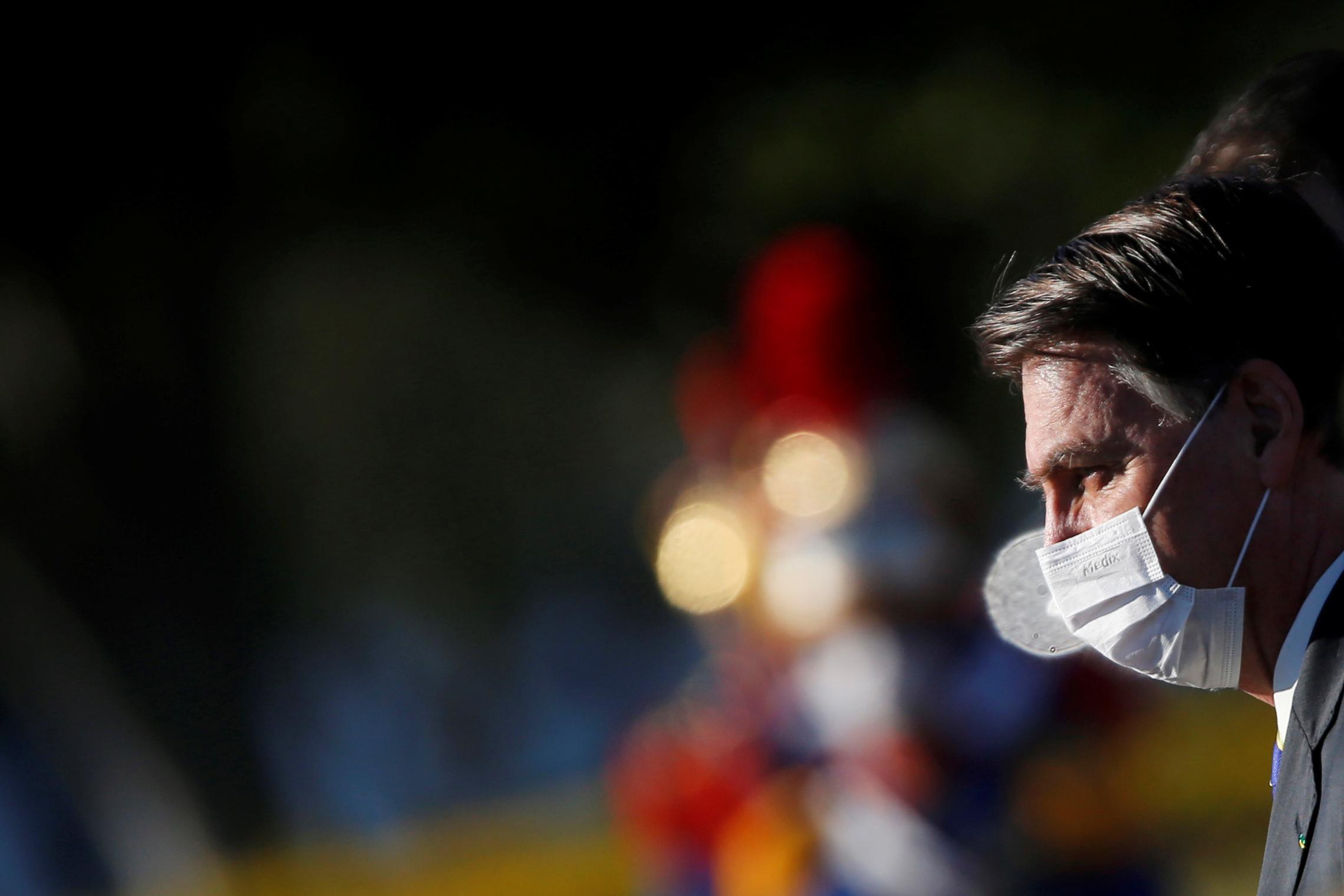 The video was shown on Tuesday to investigators looking into accusations by former Justice Minister Sergio Moro, who resigned two days after the cabinet meeting, alleging Bolsonaro was trying to interfere in law enforcement for personal motives.

The fresh evidence in the federal investigation of the president fanned a political crisis distracting Bolsonaro from a widely criticized response to the coronavirus pandemic, eroding his popularity and rattling financial markets.

In the video, the president said his family was being persecuted and he wanted to change the federal police chief in his hometown, or else he would replace the police force’s national director and the justice minister, the source said.

Lawyers for Moro said Tuesday that the video “entirely confirmed” his allegations against the president.

Bolsonaro told reporters he is not worried about the investigation authorized by the Supreme Court into Moro’s accusations, adding that the federal police had never investigated his family. He said the words “federal police” did not come up on the recording in question, which he said should have been destroyed.

After transcribing the video and interviewing ministers involved, Brazil’s prosecutor general will decide whether to charge the president with obstruction of justice and abuse of power. If the Supreme Court and two-thirds of the lower house of Congress see merit to any charges, Bolsonaro would be suspended from office and would stand trial before the top court.

Bolsonaro has begun to court political power brokers he once decried as corrupt in a bid to survive his worst political crisis since taking office last year vowing to clean up Brazilian politics.

Support for the right-wing leader has dropped as he has played down the gravity of the coronavirus pandemic in Brazil, a poll released on Tuesday showed. Brazil now has the worst outbreak of any developing nation.

“My investment advice would be not to run into a burning building. Right now, Brazil is best left to the specialists, crazies, long-term opportunists and those without other options,” said Armando Castelar, research coordinator at the Brazilian Institute of Economics (IBRE/FGV) in Rio de Janeiro.

Moro traveled to Brasilia to watch the video in person at a federal police facility, alongside his lawyer and others involved in the case.

“It is extremely relevant to the public interest that the whole of this video come out,” one of his lawyers, Rodrigo Sanchez Rios, said in a statement.