US-backed forces surround ISIL fighters at Baghouz village but vows not to attack until all civilians are out. 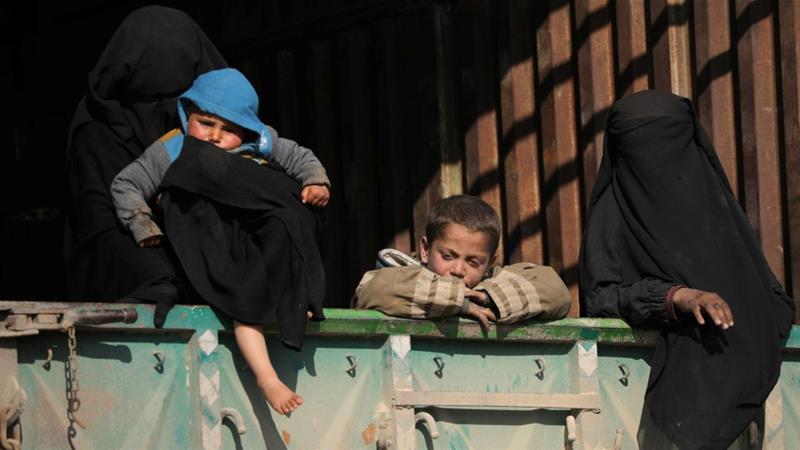 The operation to destroy ISIL’s final urban base in Iraq and Syria hit a snag on Thursday as an expected evacuation of the remaining civilians there failed to happen for reasons unknown.

The US-backed Syrian Democratic Forces (SDF), which has steadily driven fighters down the Euphrates River, has surrounded ISIL fighters at Baghouz village in eastern Syria near the Iraqi border, but does not want to mount a final attack until all civilians are out.

The SDF had expected to pull the last non-combatants from Baghouz on Thursday, but trucks it sent in left empty.

“We can’t get into details, but today no civilians came out,” SDF spokesman Mustafa Bali told the Reuters news agency.

Baghouz is all that remains for the Islamic State of Iraq and the Levant (ISIL, ISIS) group in the Euphrates Valley region after it lost its major cities of Mosul and Raqqa in 2017 and has been on the run ever since.

The village’s capture will nudge the eight-year-old Syrian war towards a new phase, with US President Donald Trump’s pledge to withdraw troops leaving a security vacuum that other powers are seeking to fill.

The SDF will attack Baghouz once the civilian evacuation was complete, said Bali. Several hundred fighters, mostly foreigners, are still believed inside the village with many apparently planning to fight to the death.

It was unclear what derailed the expected evacuation of hundreds of people from the village.

“We thought more civilians will come out today and we sent 50 trucks over,” said an SDF commander who goes by his nom de guerre, Aram. “We don’t know why they are not coming out.”

At least 10 people were killed and a number were wounded on Thursday when a bomb blast hit a minibus carrying workers employed in a major oil installation in eastern Syria run by the SDF.

An SDF spokesman said the attack killed mostly oil workers, as well as fighters in the village of Shheel close to an oil field acting as a base for the anti-IS force.

The attack took place near the town of Al-Shahil in the southeast of oil-rich Deir Az Zor province that borders Iraq. SDF fighters were reportedly escorting the workers in vehicles from the al-Omar oil field.

It was not known who carried out the bombing. Activists with relatives in the area said many of the young men in the minibus had come from work in the oil field, one of Syria’s largest.

A source in the area said at least two SDF fighters were among those killed.

Residents say attacks have increased in recent months in SDF-controlled areas. The group has a swathe of territory in northeast Syria on the border with Turkey.

Iraqi sources said the SDF handed over more than 130 Iraqi and other ISIL soldiers to Iraq on Thursday, under a deal involving a total of 502 prisoners.

SDF’s Bali, however, denied the claim. “We deny this information part and parcel,” he said.

“They used to fight in Iraq but when the battles were over they went to Syria where they were captured by SDF forces during recent fighting,” he said.

Naim al-Kaood, head of the security department in Iraq’s Anbar province bordering Syria, said the 130 ISIL troops handed over were “wanted” by the Iraqi government.


An Iraqi security official, who spoke to The Associated Press on condition of anonymity, said SDF is holding more than 20,000 Iraqis suspected of ISIL membership in prisons in northern Syria, adding they will be transferred back home in batches.

The US-led coalition directed questions to the SDF.