While Kim Jong-un has concerned the US, the UK and other nations around the world with missile testing, the North Korean leader also warned of his army’s strength. In 2013, the year Kim became ‘Supreme Leader’ in the hermit kingdom following the death of his father, tensions between Pyongyang and Seoul remained high. North Korea’s military and political elite lined up in formation to swear fealty to its leader Kim Jong-un, who had just ordered the killing of his own uncle. As speeches were made by North Korea’s leaders, all rose to applaud the “immortal and glorious exploits” of the previous leader – Kim Jong-il.

Ally of the current leader, Choe Ryong-hae, issued a warning to other countries around the world.

He said: “Once more, our people’s army is firmly determined to guarantee the victory of our great general’s revolutionary cause.”

In 2016, the country made a similar threat as Kim warned North Korea was on the brink of conflict.

In fact, the dictator warned that the fate of Saddam Hussein in Iraq and Muammar Gaddafi in Libya showed what happened when countries forsake their nuclear weapon ambitions. 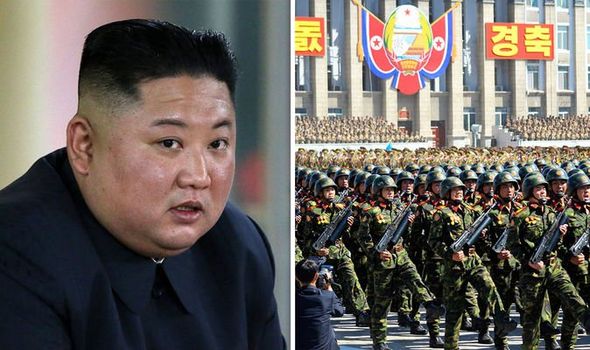 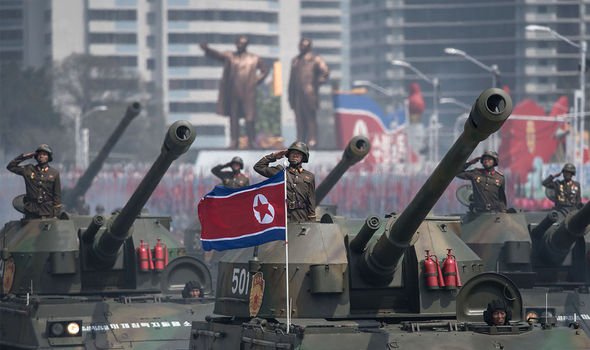 A commentary published by the official KCNA news agency – the mouthpiece for Kim’s regime – said Pyongyang’s fourth nuclear test was a “great event” that provided North Korea with a deterrent powerful enough to secure its borders against all hostile forces, including the US.

The KCNA commentary added the current international situation resembled the “law of the jungle” where only the strongest survive.

It said: “The Saddam Hussein regime in Iraq and the Gaddafi regime in Libya could not escape the fate of destruction after being deprived of their foundations for nuclear development and giving up nuclear programmes of their own accord.” 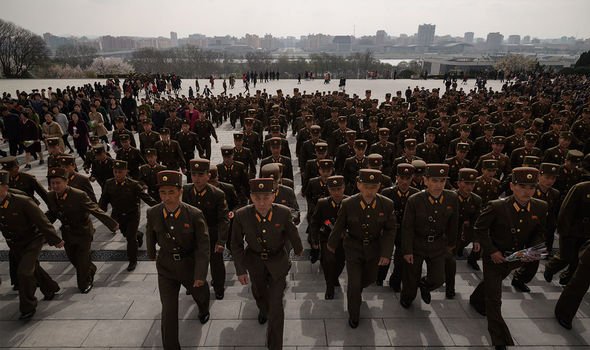 The statement also warned South Korea, which resumed high-decibel propaganda broadcasts across the Korean border in response to the missile test, that its actions were driving the divided peninsula to “the brink of war”.

The years of concern surrounding Kim’s nuclear programme made US President Donald Trump try to deter North Korea from its missile testing. 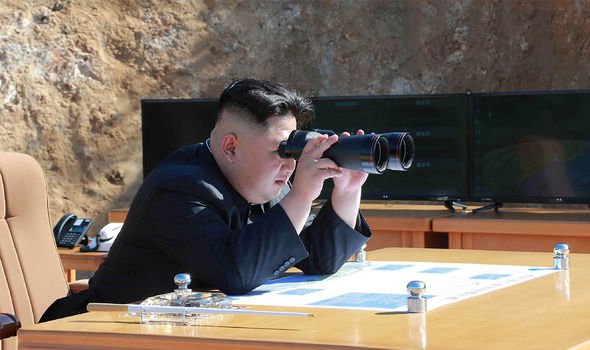 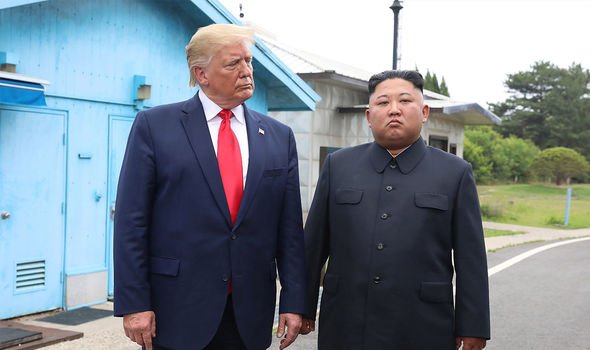 In February 2019, the two met in Hanoi, Vietnam, and talks initially looked promising when a reporter asked Kim whether he was considering denuclearisation.

He responded: “If I’m not willing to do that, I wouldn’t be here right now.”

However, just hours later a scheduled lunch between Trump and Kim, as well as a potential joint signing ceremony, was cancelled as talks ultimately fell flat.

They also met in Stockholm last October – but the talks in Sweden broke off with the North’s envoy saying the US failed to show flexibility.

As Kim remains hellbent on developing his country’s arsenal, it is believed that North Korea’s weapons can reach as far as Europe.