Sharif is currently serving a 7-year term in a corruption case stemming from the 2016 Panama Papers scandal. 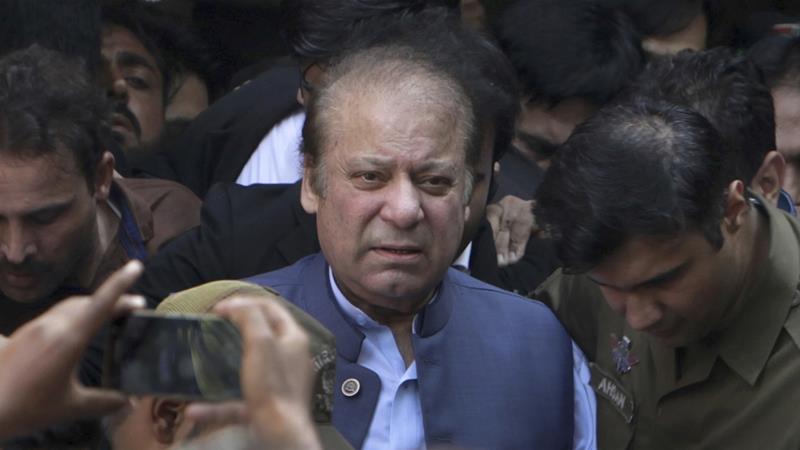 The Supreme Court of Pakistan agreed on Tuesday to release former Prime Minister Nawaz Sharif on bail for six weeks to receive medical treatment but said he would not be allowed to leave the country.

Sharif is serving a seven-year sentence imposed last year for failing to disclose the source of income that allowed him to acquire the Al-Azizia Steel Mills in Saudi Arabia.

The three-time former prime minister, 69, has been suffering from a heart condition and kidney problems and has been admitted to hospital. A previous bail application was rejected last month.

The decision was then challenged in the Supreme Court.

This won’t be the first time Sharif has received medical attention. Since his December conviction, he has been released on bail on several occasions for treatment in the eastern city of Lahore.

Sharif and his children – two sons and a daughter – were charged with three counts of corruption during his two periods in power in the 1990s.

His two previous governments were dismissed over corruption charges and through a military coup in 1992 and 1999, respectively.

His younger brother and three-time chief minister of Punjab – the country’s most populous province – Shehbaz Sharif also stands trial for a housing scam.

Related posts:
Recent Posts
Latest Posts
China's July home prices rise 0.5% m/m, 4.8% y/y, touch slower from June
‘This can never be allowed to happen again’
Grass fire in Cherry Creek State Park likely caused by hot bullet
Yale ‘discriminates’ against whites and Asians
Technology bifurcation will be everyone's loss: MAS chief
This website uses cookies to improve your user experience and to provide you with advertisements that are relevant to your interests. By continuing to browse the site you are agreeing to our use of cookies.Ok