The Brexit talks are now in peril, according to Brussels insiders, who have been left reeling over the resignation of EU trade commissioner Phil Hogan. The Irish politician quit last night following backlash over his breach of lockdown rules. It was revealed last week that Mr Hogan attended a parliamentary golf dinner in Galway with more than 80 people last week, sparking a political controversy in Ireland.

Brussels insiders are “in total shock” over the timing of the resignation just months before the Brexit trade talks deadline.

Phil Hogan is understood to have played a big role in the Brexit talks “behind the scenes,” according to Brussels officials.

Euronews reporter Meabh McMahon said: “The Brussels bubble is in shock that one of the most powerful, most influential and connected men in this city has resigned.

“Brussels insiders have said that he was an excellent negotiator.

“They hail him for sealing EU trade deals with Japan and the South America. It will be hard to replace him.”

JUST IN: Did you miss me? Varadkar eyeing new EU role – with big say in Brexit 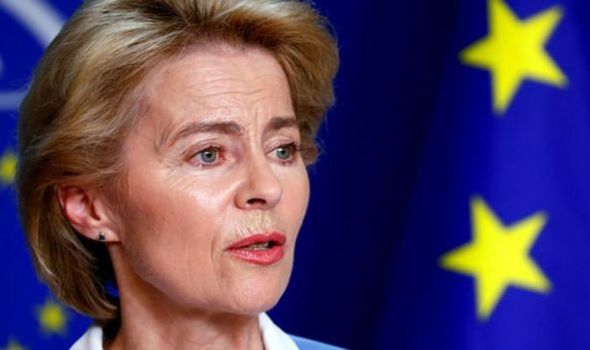 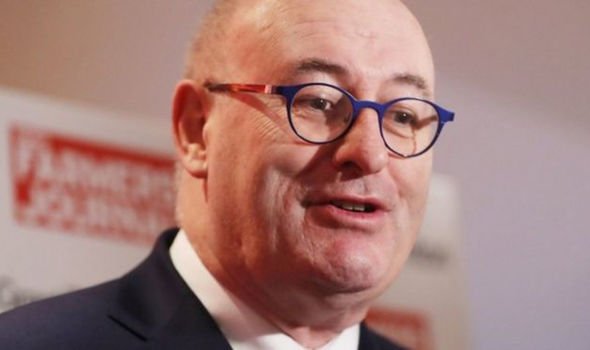 Euronews’ Ken Murray said: “Ireland doesn’t have a voice at the EU commission table just as Brexit comes to an end.

“The trade deal between the UK and EU is likely to impact Ireland and Irish exporters more than any other country in the EU.

“It could take a number of weeks before the Irish Government nominates someone for the position and that could take us up until October.

“So the Brexit trade talks could fall short of reaching a deal and the Irish voice won’t be heard. 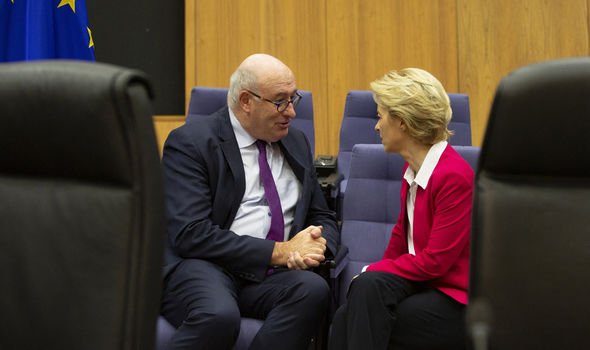 “Businesses in Ireland fear Irish exports will suffer as a result.”

Eddy Wax, from Politico UK, said that the timing of the resignation is a “headache” for Brussels.

He said the EU has been left scrambling to replace the trade commissioner just months ahead of the Brexit trade deal deadline. 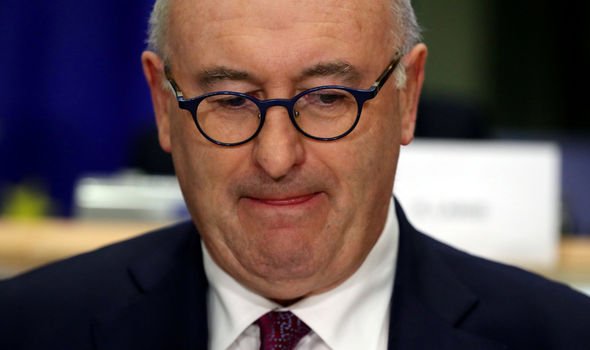 The Irish border has been one of the EU’s major priorities in Brexit negotiations to date.

EU Commission President Ursula von der Leyen accepted the resignation and said that she was “grateful for his work as a Trade Commissioner and a member of my team”.

This comes amid deadlocked talks between the UK and EU, with Germany’s Angela Merkel threatening to take Brexit off her EU agenda due to lack of “tangible progress”.

Germany has scrapped plans to discuss Brexit at a high-level diplomatic meeting next week because there has not been “any tangible progress” in talks as Brussels criticised a “completely wasted” summer.