Firefighters have rushed to the scene in Paris to attend the blaze.

Footage on social media shows the huge cloud of smoke rising above the station.

The centre of the fire is understood to be near Gare de Lyon rather than inside.

Paris police have tweeted to say they are evacuating people from the area.

Unconfirmed reports claim the fire is related to a protest in the area.

Firefighters at the scene were also reportedly being prevented from accessing the scene by protesters, it is claimed.

Roads in the area have been closed and public transport is not running a normal service. 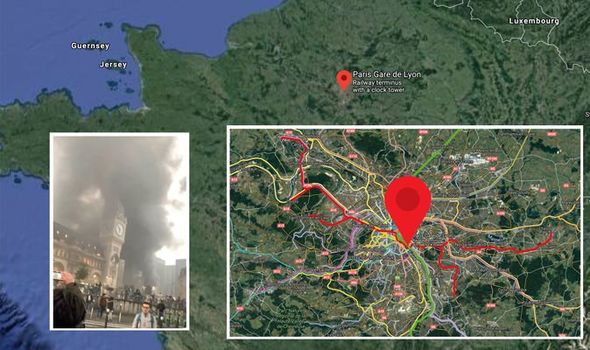 Related posts:
Recent Posts
Latest Posts
UK lockdown: Jenrick fails to rule out full shutdown as he insists ‘we’re not holding out’
Queen’s strict requirements for her bath which must be set depth and temperature
Coronavirus UK warning: Second lockdown looms as cases spike – ‘We have little choice!’
Keir Starmer set to face pressure to act on mammoth Labour anti-Semitism report
Air New Zealand axes hundreds more cabin crew jobs
This website uses cookies to improve your user experience and to provide you with advertisements that are relevant to your interests. By continuing to browse the site you are agreeing to our use of cookies.Ok