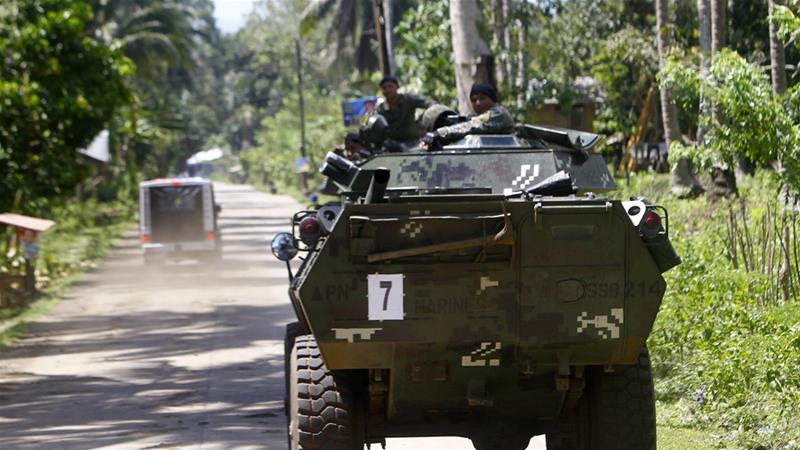 Philippine troops on Saturday clashed with the Abu Sayyaf group in fierce jungle fighting that left five soldiers and three fighters dead, as the military pushed forward with a fresh offensive sparked by a deadly church bombing in Jolo blamed on the armed group.

Regional military spokesman Colonel Gerry Besana said another five soldiers and 15 fighters were wounded in the fighting between the army and about 150 fighters in the jungles near Patikul town in Sulu province.

“It was a fierce firefight”, Besana said. “It went on for nearly two hours.”

The news comes as the country’s interior secretary revealed that an Indonesian couple was behind the suicide bombing, and it was aimed at fomenting sectarian conflict in the south.

The Abu Sayyaf has previously declared its allegiance to the Islamic State of Iraq and the Levant (ISIL, also known as ISIS).

The fighters were reportedly led by Abu Sayyaf commander Hatib Hajan Sawadjaan, who is suspected of helping plot the January 27 bombing of a Roman Catholic cathedral in the Sulu capital of Jolo that killed 22 people and wounded more than 100.

Sawadjaan apparently withdrew and escaped with the rest of the gunmen, military officials said.

President Rodrigo Duterte has ordered government forces to destroy the Abu Sayyaf following the bombing of Our Lady of Mount Carmel Cathedral.

The attack has renewed fears of violence across the Philippines, where the national police have been put on full alert and security has been strengthened in churches, shopping malls and other public areas.

The Abu Sayyaf, which has about 300 to 400 armed fighters, has been blacklisted by the United States and the Philippines as a terrorist organisation because of years of bombings, kidnappings and beheadings in the predominantly Roman Catholic nation. 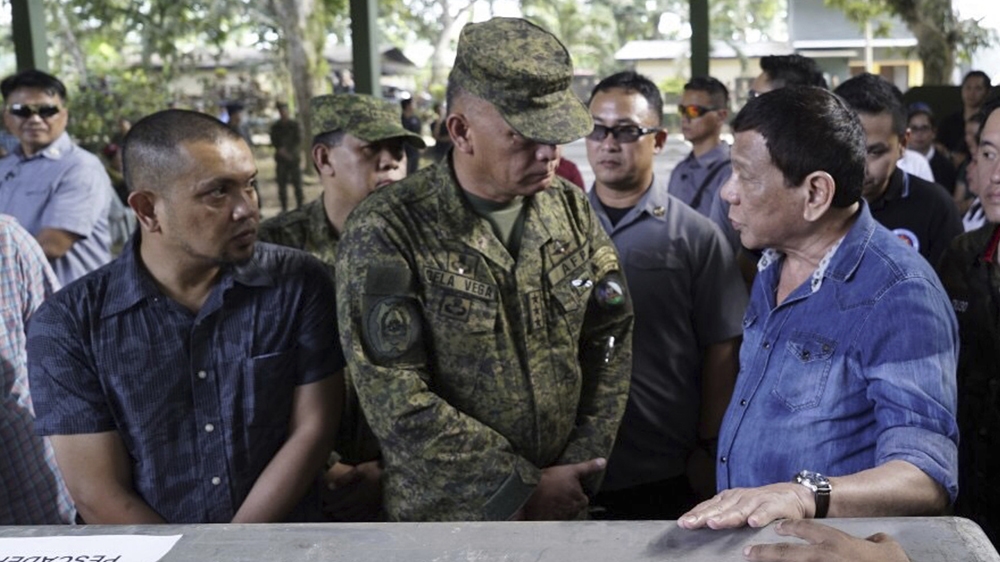 Government forces have over the years pressed on sporadic offensives to crush the group, including in Jolo, a poverty-wracked island of more than 700,000 people where Muslims are the majority. A few thousand Catholics also live in Jolo.

Since the church attack, the air force has launched air raids on suspected Abu Sayyaf bases near Patikul and police killed a suspected fighter during a raid in the city.

Duterte told reporters earlier this week that the Jolo church bombing was a suicide attack carried out by a couple, who are members of the Abu Sayyaf.

Interior Secretary Eduardo Ano said on Friday that an Indonesian couple was behind the suicide bombing, and it was aimed at fomenting sectarian conflict in the south.

The Indonesian man reportedly used the nom de guerre Abu Huda, and Philippine authorities said they would coordinate with their Indonesian counterparts to try to validate the identities of the two.

Indonesian foreign ministry spokesman Arrmanatha Nasir said the government has not been able to confirm the involvement of Indonesian nationals in the attack.

There has been speculation that the church bombing may be a diversionary move by the Abu Sayyaf after troops recently carried out an offensive that killed a number of ISIL-linked fighters in an encampment in the hinterlands of Lanao del Sur province, also in Mindanao.

The area is near Marawi, a Muslim city that was besieged for five months in 2017 by hundreds from the ISIL-aligned Maute group, including foreign fighters.

Troops quelled the insurrection, which left more 1,100 people dead, mostly fighters, and the heart of the mosque-studded city in ruins.

Duterte declared martial law in the southern third of the country to deal with the Marawi siege, his worst security crisis.

His martial law declaration has been extended to allow troops to end what Duterte called a “rebellion” by radical Muslim groups and other fighters, but bombings and other attacks have continued.