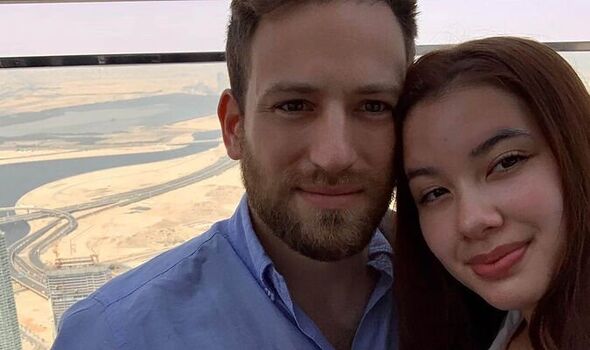 Babis Anagnostopoulos allegedly confessed to smothering his wife Caroline Crouch, 20, while their baby slept after she threatened to divorce him in May 2021. In a botched attempt ­to evade justice, the 33-year-old helicopter pilot told police she had been killed by armed robbers. Officers stormed the couple’s home in a wealthy suburb of Athens and found Caro­line dead and the body of her puppy Roxy hanging by his lead from a banister.

After keeping up the charade of a grieving husband for over a month, Anagnostopoulos ­confessed to killing his wife amid a heated row over her divorce threat. His confession came after he hugged mother-in-law Susan Crouch at a memorial service.

Mrs Crouch and Caroline’s father, David, are looking after their granddaughter, one-year-old Lydia.

Anagnostopoulos insists the killing was a “crime of passion” carried out in the “heat of the moment”. He has admitted killing the puppy, but claims it was done in a panic.

He is due to go on trial at an Athens court tomorrow where prosecutors will argue both killings were premeditated and cold-blooded.

He had originally been charged with animal cruelty but was accused of animal abuse following the introduction of a new law last year.

The maximum jail term is 10 years. Evangelia Tsanopoulou, a lawyer ­representing the puppy, said: “It’s important Roxy also gets justice… he was tortured and then murdered.”