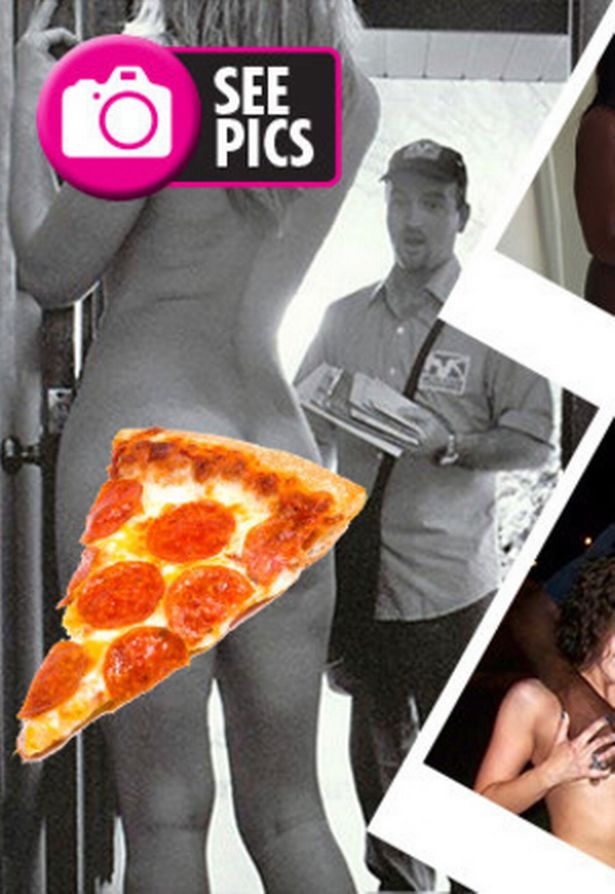 Daring women are taking to Reddit and Twitter to flaunt their stuff in the cheeky trend known as “Pizza Dare”.

The challenge's rules are simple, as detailed by the page’s dedicated subreddit /r/pizzadare.

It reads: "Order a pizza, and show your body to the delivery person. You could answer the door naked, or in your underwear.

"You could wear a towel, and drop it when you grab the pizza. How you do it is up to you, but the more skin, the better.”

Whether it is enjoying a Meat Feast or a Hawaiian, these babes have no shame in just bearing everything for likes online.

The subreddit has more than tripled in size since last year – hitting more than 61,000 subscribers.

And its accompanying Twitter page is growing as well more than 36,000 followers as it posts snaps of the dare daily.

Pizza is not the only delivery fans can indulge in the trend with though – with Chinese takeaway, answering the door for post and room service all working.

PizzaDare was born back in 2013 – but took until 2017 to reach 20k subscribers before exploding in last year.

Some of the top posts of the shocking trend feature delivery men getting the surprise of their life when they open the door.

One short-haired brunette poses completely naked as a grinning pizza man in a red cap opens the door.

And another girl stands totally in the nude as she picks up two pizzas at the entrance to her apartment.

Some even make a routine of it, with one girl pretending to drop her towel as the guy comes to the door.

Other PizzaDare fans have also got in on the act by inviting friends around to join in.

And others make sure to ask for the guys' opinions one what underwear they should be wearing.

There are eight different categories of PizzaDare – all with varying levels of nudity.

Daily Star Online previously revealed the naked gaming trend and the trend of people getting naked in the library.