WARSAW (Reuters) – Jewish community leaders in Warsaw on Tuesday voiced their opposition to the “dehumanising” language they say is being used against LGBT (lesbian, bisexual, gay and transgender) people in Poland’s presidential election campaign. 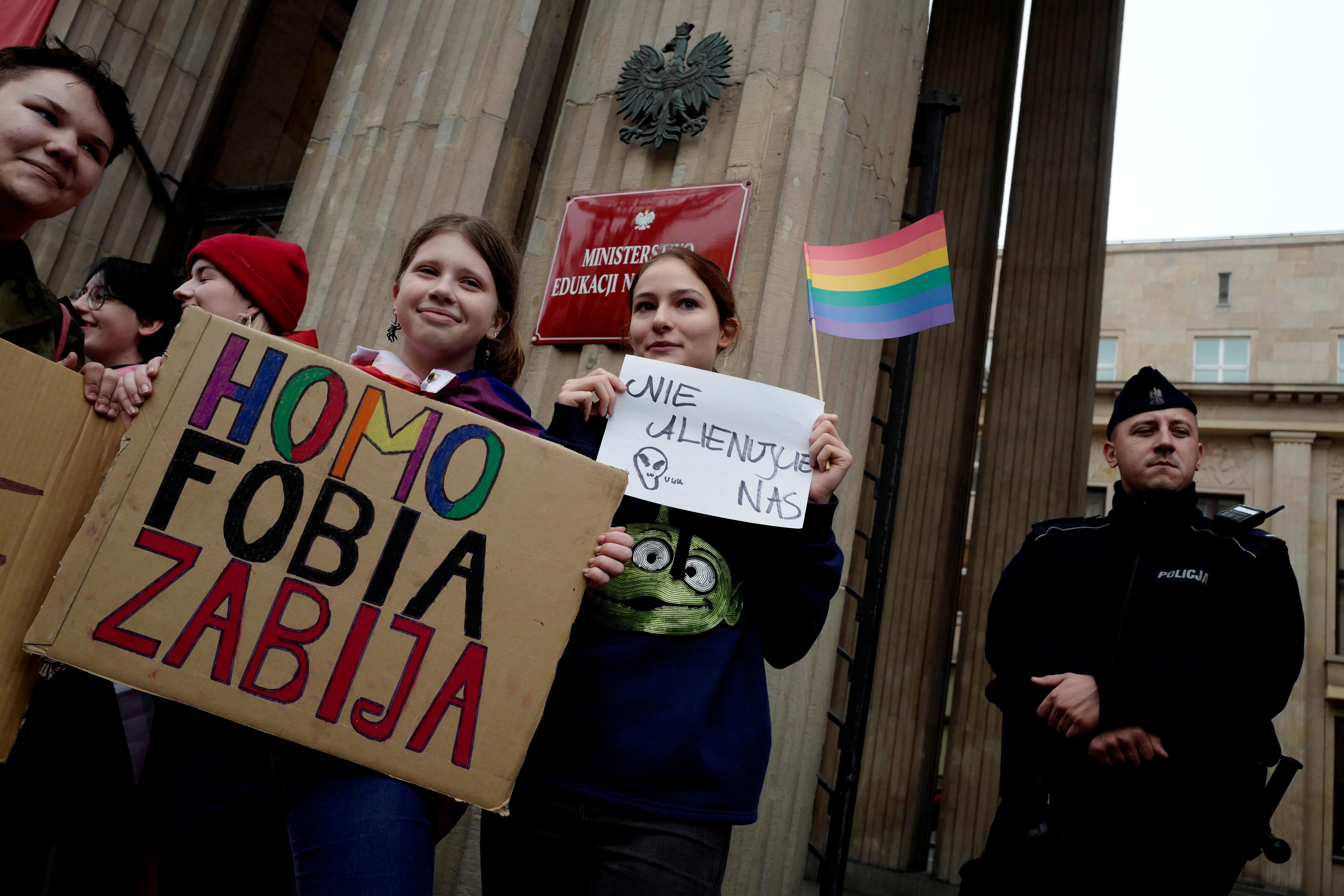 Gay rights have been thrust into the spotlight during the campaign for the June 28 election. President Andrzej Duda, an ally of the right-wing ruling Law and Justice party (PiS), views what he calls LGBT “ideology” as an invasive foreign influence that harms traditional values in the devoutly Catholic nation.

“We have observed politicians… cynically undertake to forment hostility and hatred towards LGBT persons,” the Board of the Jewish Community of Warsaw wrote in a letter.

“We Jews – the descendents of Holocaust survivors – cannot and will not remain indifferent to words that would dehumanise LGBT persons,” the board wrote, saying that politicians had failed to learn the lessons of World War Two.

Duda has said he would ban teaching about LGBT issues in schools and labelled “LGBT ideology” more destructive than communism. He later said his words on LGBT and communism were taken out of context.

Duda’s main opponent is liberal Warsaw Mayor Rafal Trzaskowski, who has faced criticism for introducing education about LGBT matters in schools in the Polish capital.

Protestant bishop Jerzy Samiec tweeted on Sunday that LGBT people in his church were “Sisters and Brothers in Christ”. Poland’s influential Catholic Church has also referred to LGBT people as brothers and sisters, but has spoken out against “an ideology that aims to revolutionise social customs”.

On a visit to Warsaw on Tuesday, German Foreign Minister Heiko Maas said attempts by some Polish communities to introduce “LGBT-free zones” were incompatible with European values.

“The president defends the rights of families to decide how their children are educated… Like the overwhelming majority of Poles he is against the adoption of children by homosexual couples,” Bielan said.

“I don’t think you could call those homophobic views”.