Human Rights Watch says police killed at least 27 people, some of whom were mutilated, during 2018 crackdown on gangs. 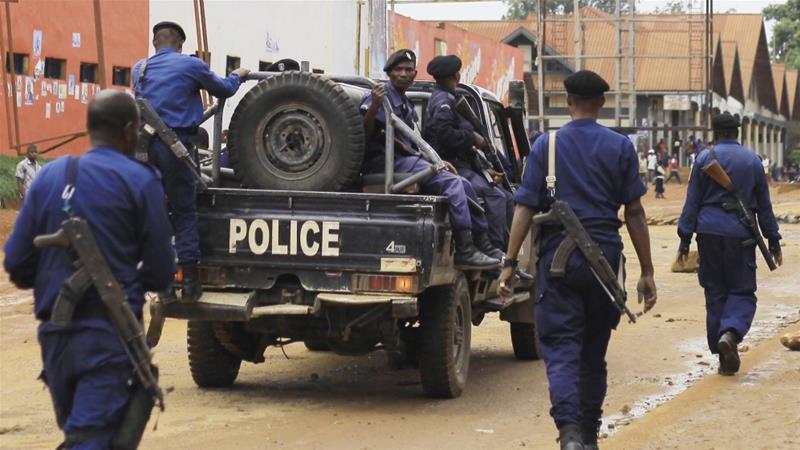 Human Rights Watch (HRW) has accused Congolese police of summarily executing at least 27 people, some of whom were bound, strangled and mutilated in a crackdown on gangs in the capital Kinshasa last year.

Police in the Democratic Republic of Congo denied the allegations that were in a report published on Thursday by the US-based rights group.

The report, based on interviews with nearly 80 witnesses, victims’ family members, security officials and others, adds to previous allegations that Kinshasa police executed suspected gang members.

President Felix Tshisekedi, who was sworn in last month, has vowed to clean up human rights abuses by Congo’s security forces that he frequently criticised during the tenure of his predecessor, Joseph Kabila.

Tshisekedi’s spokesman, Vidiye Tshimanga, declined to comment on the report.

Kinshasa’s police chief, General Sylvano Kasongo, accused in the report of close involvement in the operation, denied it had happened,

He called the report “a forgery” and said “these are false accusations,” when contacted by the DPA news agency.

“The police in Kinshasa did not kill people. We arrest them and bring them before justice. We do not murder,” he told the Reuters news agency.

The report said that police carried out Operation Likofi IV -meaning “iron fist” or “punch” in the local Lingala language – between May and December 2018.

‘Strangled with a black wire’

During late night swoops, masked police rounded up unarmed young men, killed them and often disposed of their bodies near their homes in an apparent attempt to make the killings appear to be urban crime, the report said.

It said “the assailants wore civilian clothes or partial or full police uniforms, and masks and hoods to hide their faces,” and victims were strangled rather than shot “since the use of firearms pointed to police responsibility for the killings”.

A witness to one killing last May told HRW the police strangled the victim with a black wire until he started convulsing before dumping his body near his house, it said.

Some of the victims had marks indicating that their arms had been tied behind their backs and at least three had amputated genitals, the report said. Seven other people taken by the police during the operation are still missing, it added.

Witnesses told HRW that “the victims were unarmed and posed no imminent risk to life that would have justified the police using lethal force.”

Three of those killed were boys, ages 16 and 17. A 15-year-old boy is among the disappeared the report said.

Prior reports about killings of gang members provoked a fierce backlash by Kinshasa authorities. In 2014, the government expelled the United Nations’ human rights chief in DRC after his office released a report accusing the police of executing at least nine people during a crackdown.