Several dozen officers and helicopters search for a man armed with a bow and arrow among other weapons. 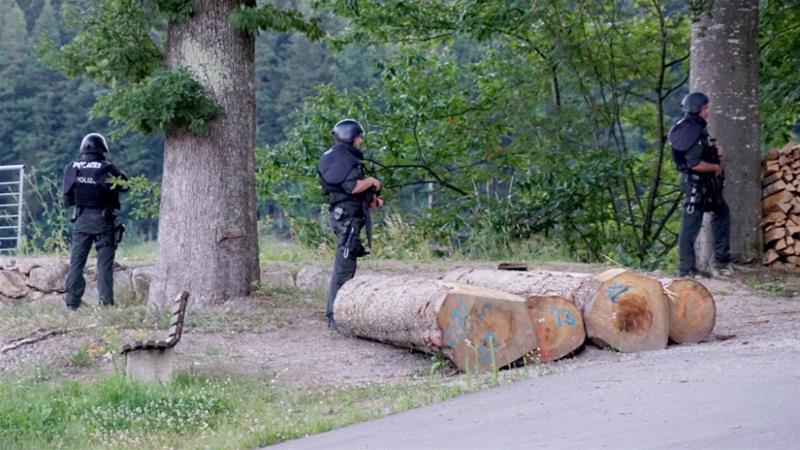 Police in Germany’s Black Forest are hunting for a homeless man in combat gear and armed with a bow and arrow and other weapons.

Several dozen officers and helicopters were deployed as the search entered its second day on Monday.

Police in southwestern Germany’s Oppenau warned local residents to stay at home and not to pick up any hitchhikers.

They released a photo of the suspect who has a bow and arrow, a knife and at least one gun and is known to the police for previous offences, including illegal possession of firearms.

Police said they were informed on Sunday morning that a suspicious man was hanging around a hut in the forest.

When officers approached him, they found that he was armed with a bow and arrow, a knife and a pistol.

He then “suddenly and completely unexpectedly” threatened them with the firearm, leaving them “no time to react to the dangerous situation”, police said on Sunday.

He asked the police to put down their weapons and ran away, “presumably” taking their arms with him.

About 100 police officers, including special forces and canine teams, have been dispatched to search for the man.