Turkish Cypriots in Northern Cyprus have voted in a presidential runoff election that could decide whether they gain control over their own affairs or are pulled even closer to an increasingly domineering Turkey.

Polls closed at 6pm (15:00 GMT) on Sunday in the presidential vote that pitted the incumbent and favourite, Mustafa Akinci, 72 – who supports the reunification of Cyprus to create a “bizonal bicommunal federation” – against right-wing Turkish nationalist Ersin Tatar.

Tatar, 60, who advocates a two-state solution, holds the title of prime minister in the self-proclaimed Turkish Republic of Northern Cyprus (TRNC). He has controversially received the open backing of Turkey’s President Recep Tayyip Erdogan.

Under Erdogan, Turkey has become an increasingly assertive regional power that is now engaged in a bitter dispute with Greece and Cyprus over oil and gas reserves in the Mediterranean Sea.

Ahmet Sozen, the chairman of the department of political science and international relations at the Eastern Mediterranean University, told Al Jazeera from Famagusta that the Northern Cyprus was effectively electing “the chief negotiator for the Turkish Cypriots in the Cyprus peace talks”.

“Whoever is elected in Northern Cyprus needs to work with Turkey … I don’t think there will be a dramatic change when it comes to coordinating with Turkey,” he said. 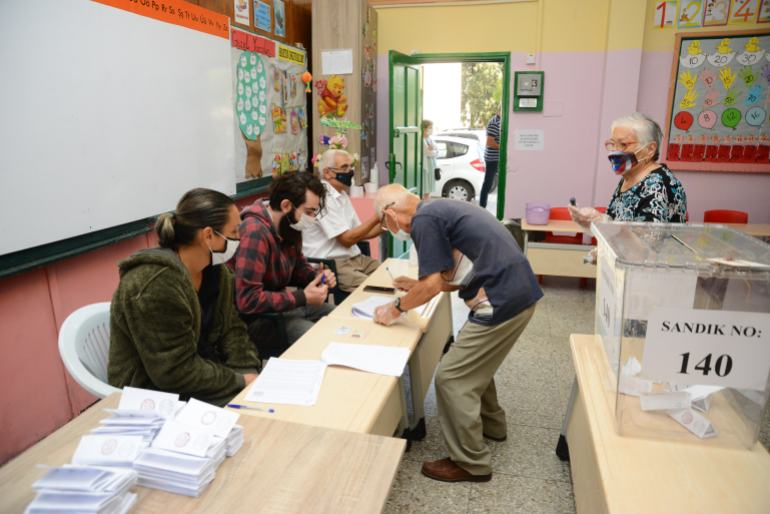 Residents of the Turkish Republic of Northern Cyprus (TRNC) start to cast their ballots for a second time after the candidates in the country’s presidential elections failed to secure more than 50 percent of the vote in the first round [Ali Ihsan Akca/Anadolu Agency]Sunday’s second-round ballot was triggered after Tatar won 32 percent of the vote on October 11 ahead of Akinci, who garnered almost 30 percent in a field of 11 candidates.

But Akinci is in a stronger position now, having won the backing of Tufan Erhurman, a fellow Social Democrat, who came third.

Tatar is courting a significant pool of voters – especially in rural areas – who may not have voted in the first round.

Turnout will be a key factor. The first round saw an all-time low voter participation of 55 percent from a 200,000-strong electorate, and some analysts say a higher turnout might favour Tatar.

The TRNC, now with a population of about 300,000, was declared after the north was occupied by Turkey in 1974 in reaction to a coup that aimed to annex Cyprus to Greece. Turkey is the only country that recognises it.

Earlier this month, Turkish troops angered Cyprus and many Turkish Cypriots by reopening public access to the fenced-off seaside ghost town of Varosha for the first time since Turkish forces invaded the north.

That move drew EU and UN criticism and sparked demonstrations in the Republic of Cyprus, which exercises its authority over the island’s southern two-thirds, separated from the north by a UN-patrolled buffer zone.

Turkey has repeatedly said it seeks to defend Turkish and Turkish-Cypriots’s rights in the eastern Mediterranean against a cabal of nations, including Greece and Cyprus.

But Akinci’s relationship with Ankara has come under strain, especially after he described the prospect of the north’s annexation by Turkey as “horrible” in February.

“The results of the first round tell us this: Half of the Turkish Cypriot community defend a federation despite all kinds of pressure,” Umut Bozkurt, vice dean and assistant professor at Eastern Mediterranean University, told AFP news agency.

“This election was dominated more by Turkey-Northern Cyprus relations than the Cyprus issue.”

The first round’s results also show that a significant part of the electorate seek to be free of “pressure” from Ankara and to live in a united Cyprus, she added. 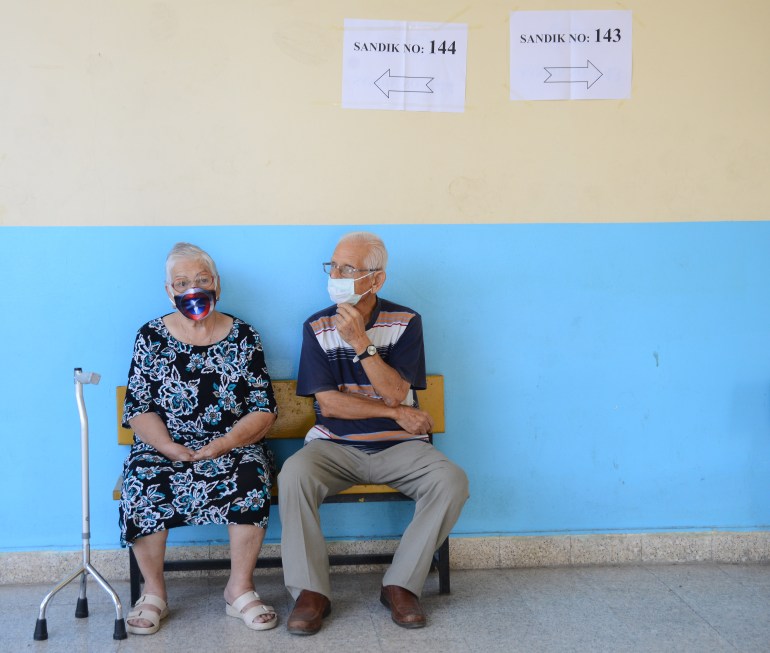