Black snowfall hints at man-made ecological disaster in the Siberian region of Kuzbass. 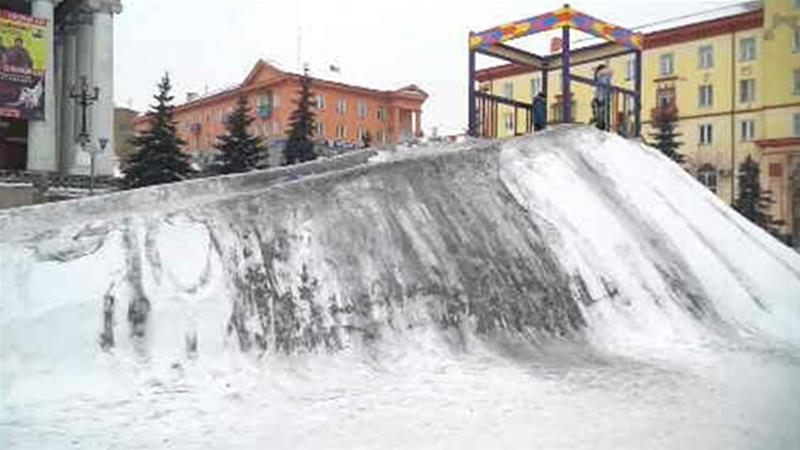 Residents of Prokopyevsk feared for their health on Sunday as blackened snow allegedly caused by a local coal processing factory covered the Siberian town.

Some expressed concern over children’s health as playgrounds and schoolyards were covered in the dirty snow. Others suspected it could be toxic.

The town is among others affected in the Siberian region of Kuzbass, which is home to 2.6 million people and one of the world’s largest coal fields.

The cause of the discolouration is allegedly coal dust that fell onto the snow from local processing plants.

Elsewhere in the region, the towns of Kiselyovsk and Leninsk-Kuznetsky also saw coverings of dirty snow, according to local media.

Prosecutors in nearby Kemerovo have reportedly started checking whether pollution standards have been breached by the coal industry.