CAIRO (Reuters) – Egypt held a military funeral on Wednesday for its former president Hosni Mubarak, bestowing the state’s final rehabilitation on the man who ruled for 30 years until he was ousted in disgrace in a 2011 popular uprising.

Horses drew Mubarak’s coffin draped in the Egyptian flag at a mosque complex as canons fired into the air, followed by a procession led by President Abdel Fattah al-Sisi, as well as Mubarak’s two sons Alaa and Gamal.

The funeral march was attended by key political figures from Mubarak’s years in power, some of whom had been scarcely seen in public since he was removed from office. Sisi stayed for the duration of the procession, offering condolences to Alaa, Gamal and Mubarak’s wife Suzanne before his departure.

Mubarak died on Tuesday in intensive care weeks after undergoing surgery, leaving Egyptians divided over the legacy of his era, marked by stagnation and repression but recalled by some as more stable than the chaos that followed.

The stately funeral was a contrast from the rejoicing on the streets in 2011 when he was swept out of power as an early victim of the “Arab Spring” revolutions across the region.

He spent many of the subsequent years moving between jail and military hospitals before being freed in 2017 under Sisi, a fellow military officer risen to the presidency, who has jailed Islamist and liberal opponents in the name of stability.

Egypt’s presidency and armed forces mourned the former air force officer as a hero for his role in the 1973 Arab-Israeli war. The presidency declared three days of national mourning.

Mubarak’s coffin was airlifted to the family burial compound from the funeral at Field Marshall Tantawi mosque – named for Mubarak’s defense minister of 20 years, who presided over an abortive transition to democracy after Mubarak resigned.

Dozens of Mubarak supporters, some from his home village Kafr al-Meselha in the Nile Delta, gathered outside the mosque. 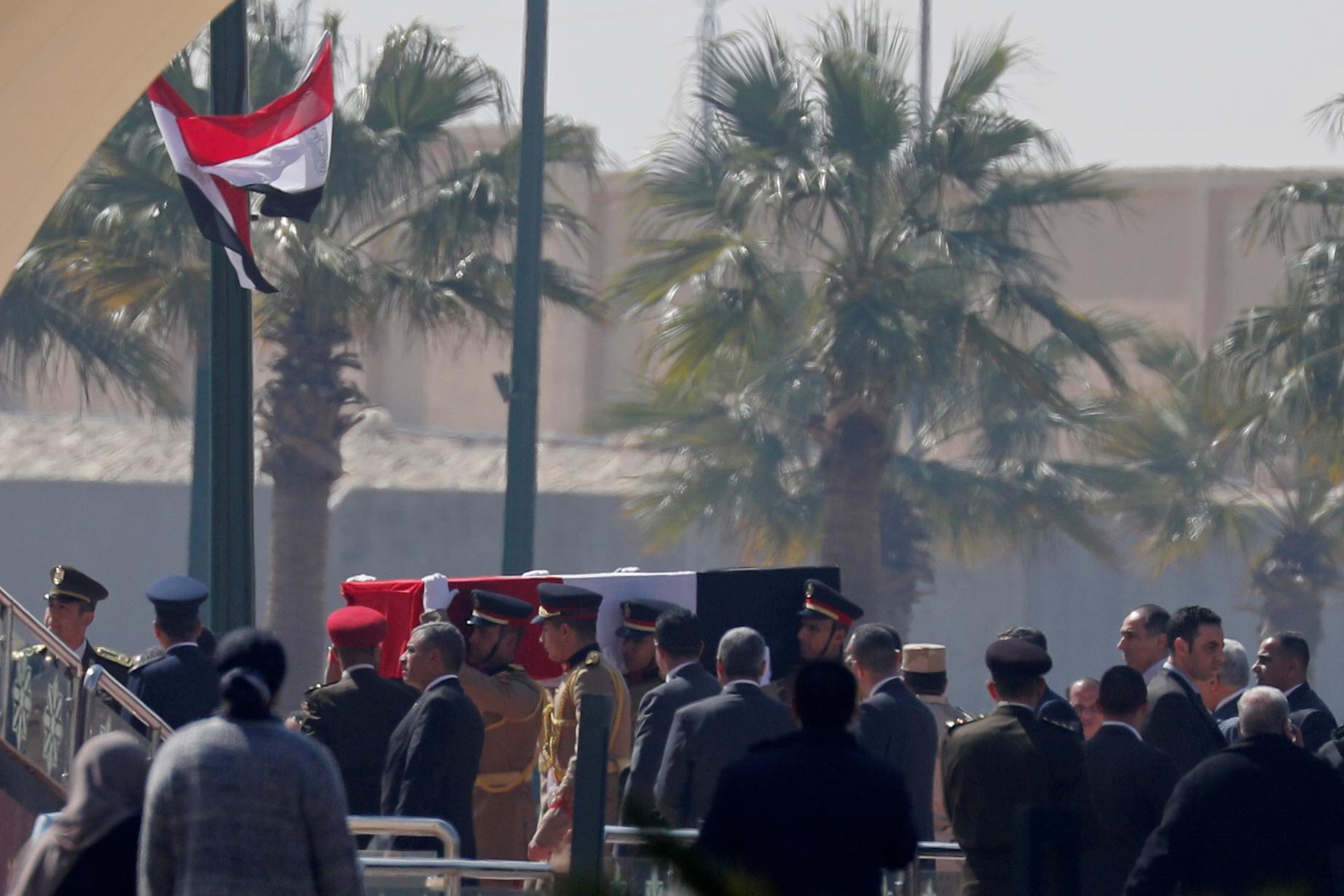 “This is the history of 30 years, the farewell of 30 years,” said Zeenat Touhami, a 35-year-old woman from Cairo, who described herself as happy that Mubarak’s “pride was restored” after his fall, and that the state was showing appreciation to him after his death.

A small crowd also gathered outside of his burial site in the upscale neighborhood of Heliopolis, where supporters chanted: “Alaa, tell your father that the 100 million [Egyptians] are saying goodbye.”

Mohamed Zaree, a human rights activist, said autocracy and economic hardship were now worse under Sisi than under Mubarak.

Sisi, who came to power after leading the overthrow of Mubarak’s Islamist successor, Mohamed Mursi, has overseen a broad crackdown on dissent, which rights groups say is the most severe in recent memory.

“Mubarak’s era was painful (but) this era is much more difficult and painful in terms of freedoms and economic conditions,” Zaree said.

Many of the activists who helped organize mass protests which ousted Mubarak are now behind bars or live in exile abroad. Sisi’s supporters say a crackdown was needed to stabilize the country after the turmoil that followed 2011.

Mubarak was sentenced to life in prison for conspiring to murder 239 demonstrators during the 18-day revolt in 2011, but was freed in 2017 after being cleared of those charges.

He was also convicted in 2015 along with his two sons of diverting public funds to upgrade family properties. They were sentenced to three years in jail. 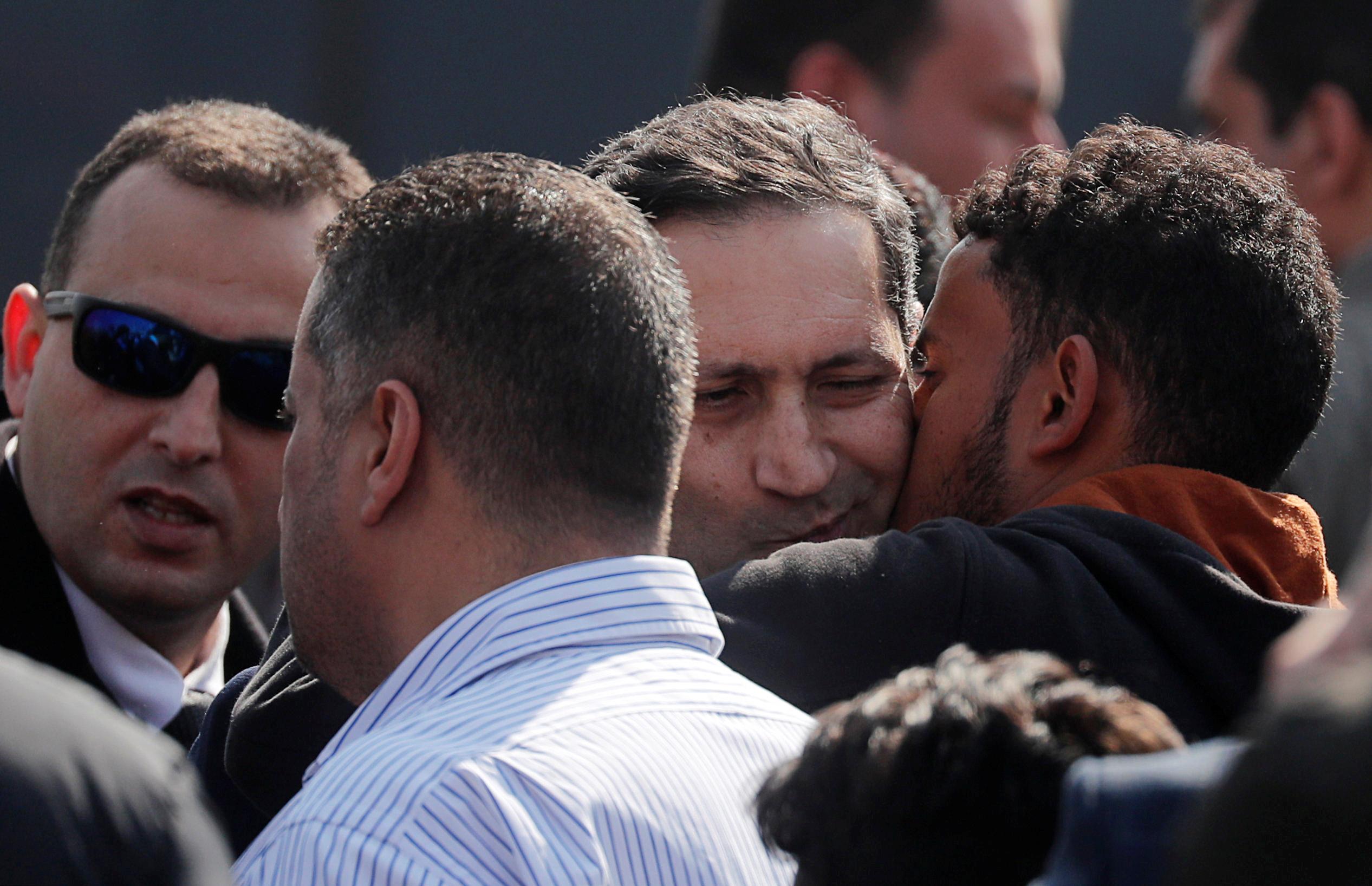 This was a stark contrast to the treatment of his successor, Mursi, Egypt’s first freely elected leader, who lasted only a year in office before the army toppled him. Mursi died last year after collapsing in court while on trial on espionage charges. Egyptian media, which are tightly controlled, paid little attention to his death.